Does Saitama still continue his training?

Saitama mentioned that he got this strong through daily training, which consisted of 100 push-ups, 100 sit-ups and 100 squats along with running 10 km every single day. Also, he ate three meals a day, but only a banana as breakfast and also didn't use the AC, to strengthen his mental resistance.

Has he stopped his training and accepted his current power level as sufficient? Or does he still train using his methodology? (I've read till Vol 6, Chapter 32 and haven't found anything about his current training status)

As Eumel's answer points out, in the manga nothing says whether he is training or not. However, I think it is safe to say that he is NOT training anymore, as the power he obtained is clearly too great for him to have any "exciting" fight.

The picture below, shows Saitama defeating Vaccine man in the first chapter. He is clearly pissed off that his fight ended up in only one punch, indicating that he would much rather have a more even match against a foe. Once realizing that he was clearly overpowered compared to the monsters he fought, there is no reason why he would still want to train. Even more, he might want to slack off hoping that it would make him weaker, yielding to more exciting fights for him. 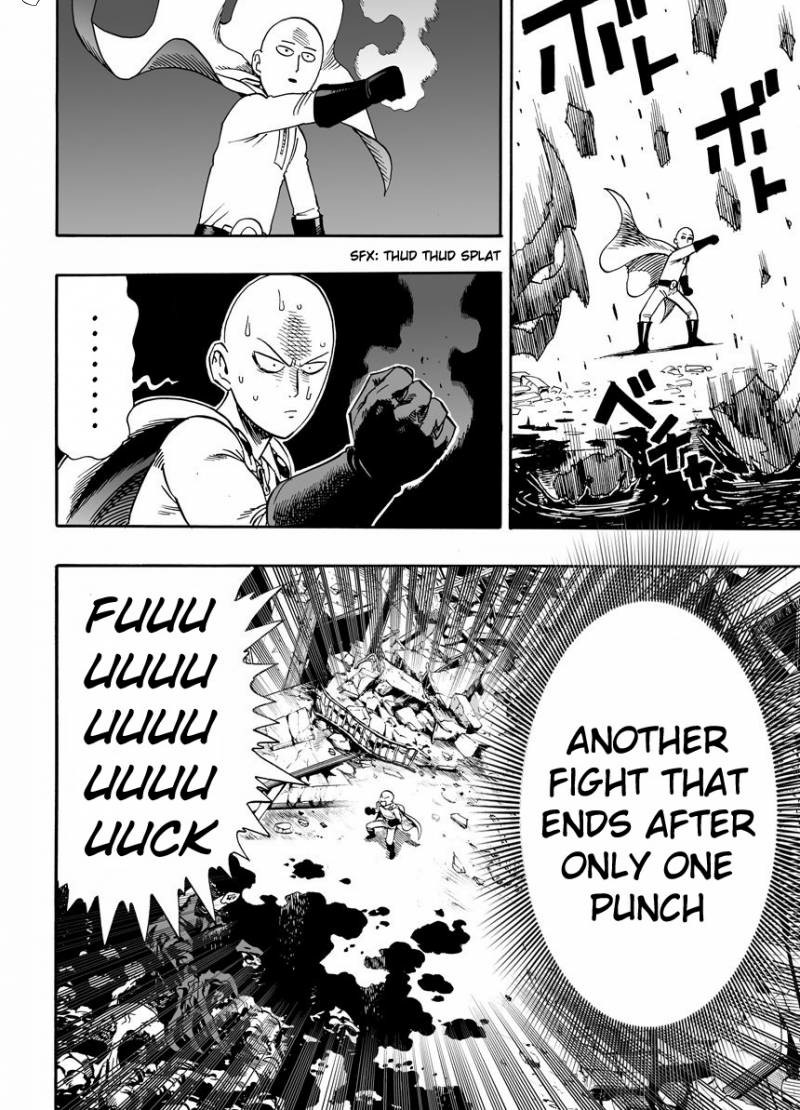 He said to everyone in the house of evolution that he had trained for three years, and earlier that day he told Genos he was 25, and had started training at 22. That would mean either he had stopped training recently, or he was still training.

However, as was said above, he's so strong that the workout would only take a few seconds for him to do, and it wouldn't faze him at all. His punches with hundreds of tons of force would take more effort than the workout, so in all likelihood that regimen is useless to him. But, more importantly, he doesn't like being too strong, so wouldn't he stop training to theoretically stop himself from getting stronger?

In summary, there is no proof he stopped training, but it is quite unlikely he is still doing it.

I think one actually stated he still trained and that was one of the reasons he beat Boros (as Boros himself had broken his limiter like Saitama but had stopped training.) Which explains quite a bit as he doesn't have infinite power, he's just limitless and thus can keep training on forever to increase his power. Its like the hulk and how its been stated he has limitless power, he doesn't start with infinite strength but he can grow forever without a limit.