So I keep seeing a lot of this image: 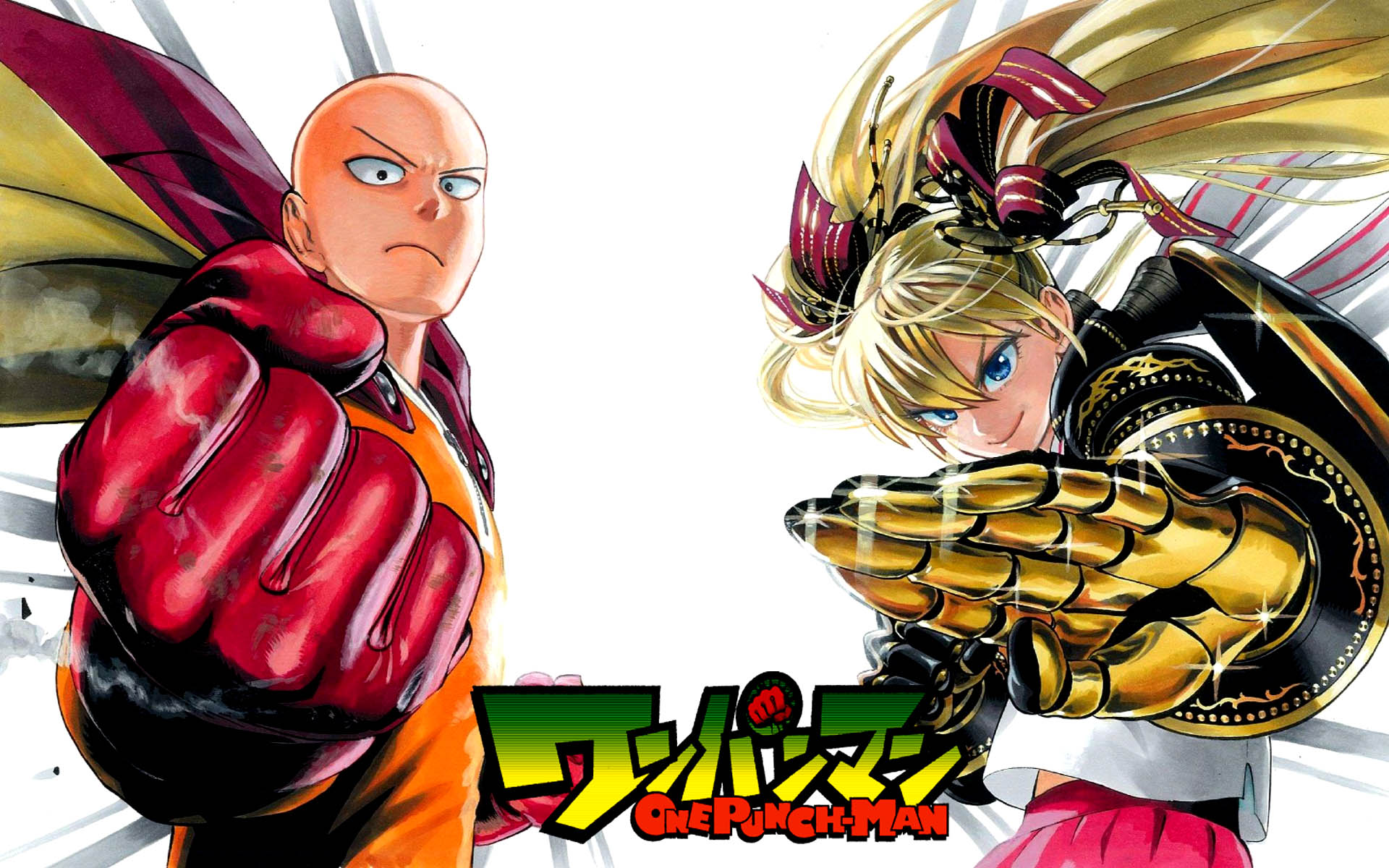 I recognise Saitama on the left, but who is the girl on the right? I don't believe I've seen her in One Punch Man at all, yet here she's potrayed like a main character/rival.

She's Natsuno Himiko, from the one-shot Dangan Tenshi Fan Club, from same author and artist from One Punch Man.

So, sadly, she won't appear in One Punch Man.

The girl is Natsuno Himiko. She and Saitama are in the same universe, just that unlike the average superheroes who made their powers, she won powers because the gods gave her. Their duty is to protect the Earth from extraterrestrial invasions and demons.

It is believed that a fight between the Battle Angel Himiko and Saitama would destroy the earth, and cause terrible consequences in space-time. The reason is, weapons of Himiko are divine. They are not linked to physical attacks, are attacks of a spiritual nature, their guns are not like those of Genos, do not throw fire or fatal bullets.

In essence, Himiko is among the few heroes with divine powers, meaning that she could be a threat Kami level in the Universe Saitama.