Why did Miss Monochrome become a bear?

For some reason, this leads her to become a bear, as terrifyingly recounted in the following scene. 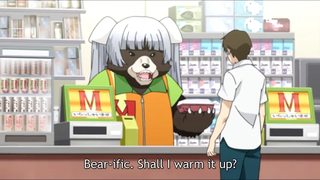 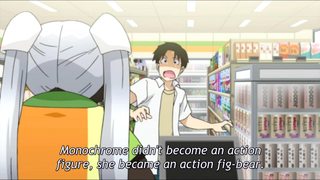 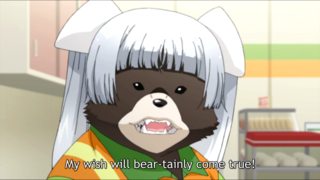 There seems to be some kind of silly pun in play here, but I couldn't make out what it was. What contortion of the Japanese language led Miss Monochrome to think dressing up as a bear would make her an action figure?

Based on Torisuda's clue, Figuma is a reference to Figma, a company that sells action figures. Higuma sounds similar to Figma and it means Sun Bear (hi/日 = sun, kuma/熊 = bear). Thus, Miss Monochrome turned into a sun bear.

Not the answer you're looking for? Browse other questions tagged japanese-language miss-monochrome or ask your own question.