Is Garp the only Vice Admiral to have a customized ship?

After watching One Piece for about 500 episodes I noticed that I have only seen Garp with a customized naval ship. The theme of his ship is a dog theme like the mask he was seen wearing early on in the series. I was wondering if there are any other personnel within the Navy that have a customized ship instead of the standard design. (Canon only) 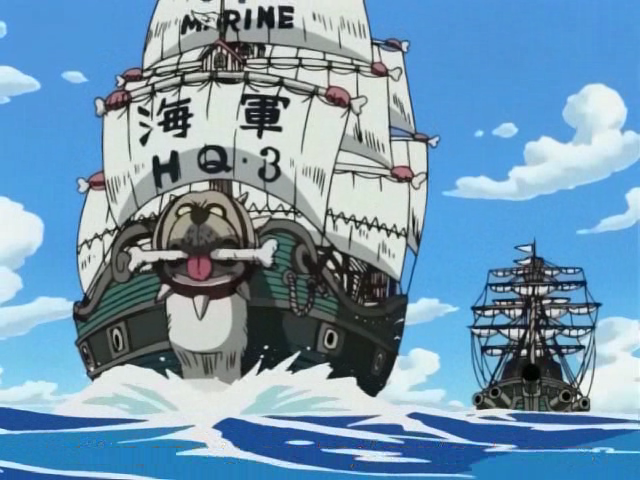 So far this is the only ship which has been shown to be customized to have the customized figurehead of the dog.

It first appeared in Chapter 91 and Episode 68. It was last seen parked outside Dawn Island, but since Garp resigned from the Marines, it is unknown if he still has access to the ship. 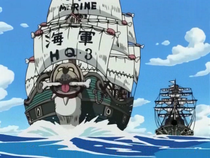 Hina's ship on the other hand is a similar to a normal Marine Ship, albeit with an unusual coloring. It first appeared in Chapter 171 and Episode 127. 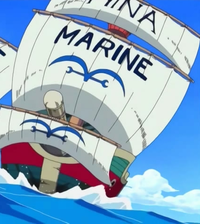 17
Why is Garp only a Vice Admiral?
5
Why are the ship names suffixed with "Go"?
9
Is the Ship Spirit (klabautermann) based on any real legend?
5
Can only men pass on the will of D.?
22
How many people have worn the straw hat, if only for a second?
1
How tall is Vice Admiral Smoker?
3
When do Sanji's half of the crew board Big Mom's ship for the first time?
3
What is the song that plays at the end of episode 260 when Zoro senses Ship Slasher T-Bone?
1
Is it possible to understand the One Piece storyline by watching the movies only?