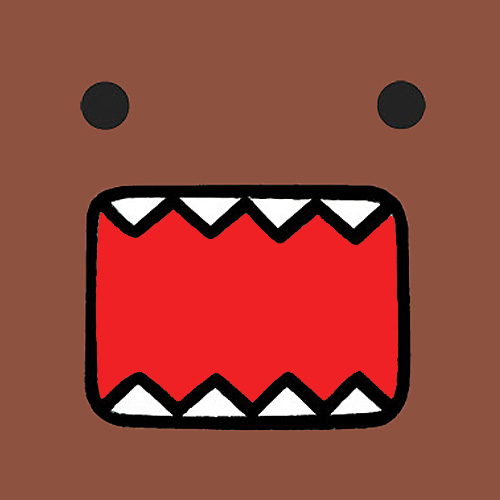 Dōmo-kun is the official character or mascot for the Japanese broadcasting channel Nippon Hōsō Kyōkai (NHK). According to Wikipedia, he was created in 1998 and named after a pun on "Hello there!":

Domo-kun first appeared in short stop-motion sketches on 22 December 1998 to mark the 10th anniversary of NHK's satellite broadcasting. The name "Domo" was acquired during the second episode of his show, in which a TV announcer said "dōmo, konnichiwa" (どうも、こんにちは?), which is a greeting that can be translated as "Well, hello there!", but which can also be interpreted as "Hello, Domo", and thus is a convenient pun (dajare).

His concept was created by Tsuneo Gōda to be a mascot. He appeared only in stop-motion animation originally, so it's hard to classify him as either "anime" or "manga". However, there was a (reportedly terrible) English-only manga of the character, called Domo: The Manga, published in the USA and Canada.

As a final note, and as you may or may not know, there has been a whole world of memes created from Dōmo-kun (including the Grues on Uncyclopedia). You can read more at Know Your Meme (Warning: NSFW).

Not the answer you're looking for? Browse other questions tagged domo-kun or ask your own question.