Which is the most powerful summoning (effective and efficient)? [closed]

Ask Question
Asked 5 years, 3 months ago
Active 2 months ago
Viewed 16k times
3
Closed. This question is opinion-based. It is not currently accepting answers.

I have been a great fan of Naruto for a long time, And I have seen lot of animals being summoned. But its been very hard for me to think which one of the summoning is the most powerful?

Please provide manga episode number or anime. I would like to check it again.

First thing first, I personally don't want to include summons from Summoning: Impure World Reincarnation Technique in my list because hundreds of dead peoples were summoned by this technique. One more thing, Tailed Beasts are not included in my list because Summoned beasts are generally animals bonded with a ninja. As ninjas can summon beasts they are sealed with, the beasts can also summon ninjas. If we look at tailed beasts, they are not animals, they are a pure form of chakra, they are immensely powerful and hard to summon and bond with. This makes them not in the Top 5 list. 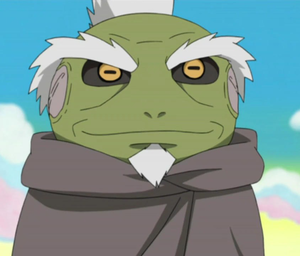 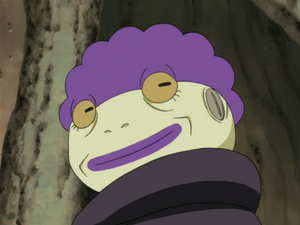 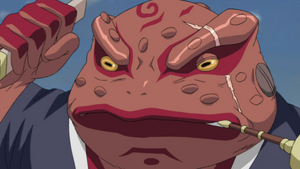 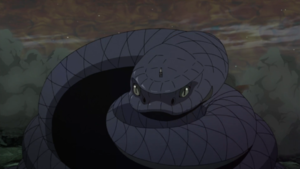 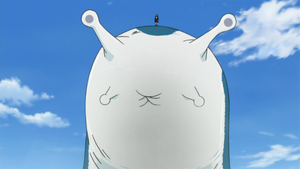 Aoda
Summoner: [Sasuke Uchiha][17]
Manga Debut: Volume #66, Chapter #633
Anime Debut: Naruto Shippūden Episode #373
What makes it Top 4: As a snake, Aoda is extremely fast and nimble, successfully moving through an entire army of the Ten-Tails' clones while evading all of their attacks. 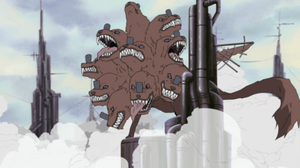 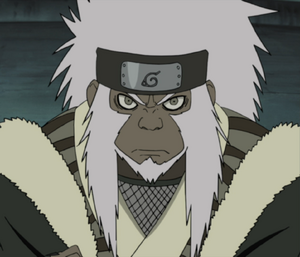 Summoner: Hiruzen Sarutobi (Third Hokage)
Manga Debut: Volume #14, Chapter #120
Anime Debut: Naruto Episode #71
What makes it Top 2: He was easily able to incapacitate a reincarnated Hashirama and Tobirama Senju in brief hand-to-hand combat when they tried to keep him from transforming under the command of Orochimaru.

1 - Demonic Statue of the Outer Path 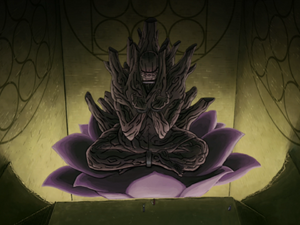 Summoner: Hagoromo Ōtsutsuki (Sage of the Six Paths), Madara Uchiha, Obito Uchiha
Manga Debut: Volume #29, Chapter #254
Anime Debut: Naruto Shippūden Episode #10
What makes it Top 1: Possesses great strength. The Demonic Statue can emit phantom dragons formed out of absorption chakra, which is capable of extracting the chakra of anyone they come in contact with. Most important, the Demonic Statue is also capable of emitting chakra chains from its mouth, which binds the power of tailed beasts, and can be used to both extract them from their jinchūriki and quickly seal them inside the statue.

*Most information was taken from Narutopedia.

As tailed beasts can be summoned too, I believe the most powerful summoning animal will be the ten tails.

1
Is shiki fuujin a summoning jutsu?

7
Does (Taju) Kage Bushin no Justu return the user his Chakra after he undoes this jutsu?
7
Why didn't Naruto learn the basics of chakra control?
3
Can a soul that is normally freed from the Edo Tensei be resurrected again?
3
Does Obito master the Summoning Jutsu?
5
What was the moral of Sasuke and Orochimaru's arcs across the Naruto series? Was there any?
1
How to review Naruto before I begin from where I left?
5
How did Hiruzen Sarutobi summon enma when he was a reanimation?