Are there ever any animals featured that aren't Pokémon?

Out of the Pokémon episodes that I have seen, I do not remember ever seeing an animal that wasn't a Pokémon. I have also not heard of animals being present in Pokémon.

Which lead me to wonder: Are there ever any animals that aren't Pokémon present in any episode or Pokémon manga?

In Gastly's Pokédex entry for Fire Red it states

a being that exists as a thin gas. It can topple an Indian elephant by enveloping the prey in two seconds.

Fish are also seen in the episode Pokémon Shipwreck: 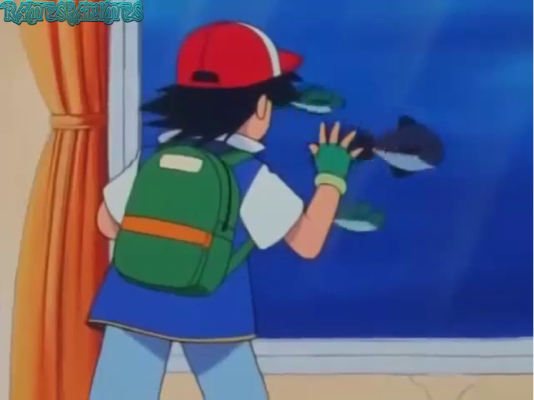 When researching to see if there has ever been an animal featured that isn't a Pokémon in a scene or Manga I came across this on Bulbapedia's article Animals in the Pokémon world:

Real-world animals have been mentioned a number of times to exist in the world of Pokémon. Most often, they are mentioned in relation to a Pokémon category. For example, Pikachu is known as the "Mouse Pokémon" and was directly referred to in the anime as an "electric mouse", hinting that real-world mice exist in the Pokémon world. Other than this, all other mentions of animals are rare.

There was also this image: 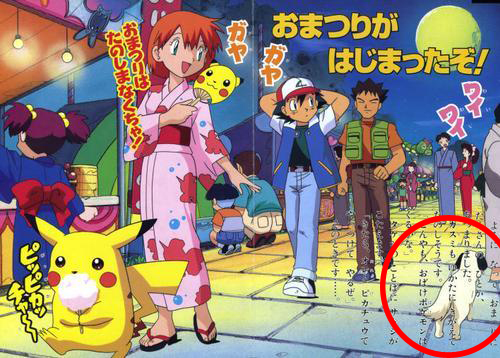 Which clearly shows a dog. However, this is the only image I could find of an animal that isn't a Pokémon.

There's a pretty comprehensive list of animal occurences in pokemon on Bulbapedia here.

Several examples exist in early episodes. Shortly before Ash catches Pidgeotto, it eats a worm, possibly the smallest non-Pokémon animal the anime ever showed. References to such species lasted longer than their appearances. In a much later episode, Ash mentions catfish.

In one of the episodes in the indigo league they eat muskrat kebabs and say themselves it's muskrat. Don't know which episode though

In season 1 episode 20 there is this, I don't think it's a Pokémon, but can't say what animal this is: 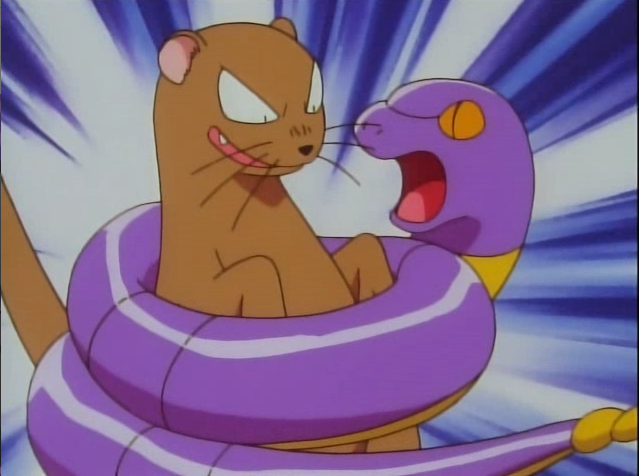 10
Are there any relations between the different "sagas" in Pokémon Special/Pokémon Adventures manga?
28
How true is the Lavender Town Syndrome?
5
Are there any religions in Pokemon?
39
Why does Team Rocket always try to catch Pikachu?
19
Who came first? Pokemon or Digimon?
8
Are there any gyms in the Anime/Manga where the Pokemon trainer has to first fight other trainers?
12
Can Poké Balls technically catch humans?
1
Why was Ash's Pokedex replaced?
0
Why didn't Ash release Charizard?