Which mountain did they try to climb over?

During the anime/manga, Kasuga & Sawa attempt to climb over the nearby mountain and reach the other side.

The work is set in a small town in Kiryū, Gunma so I was looking at the area on Google Maps, but it seems to be a very mountainous region: 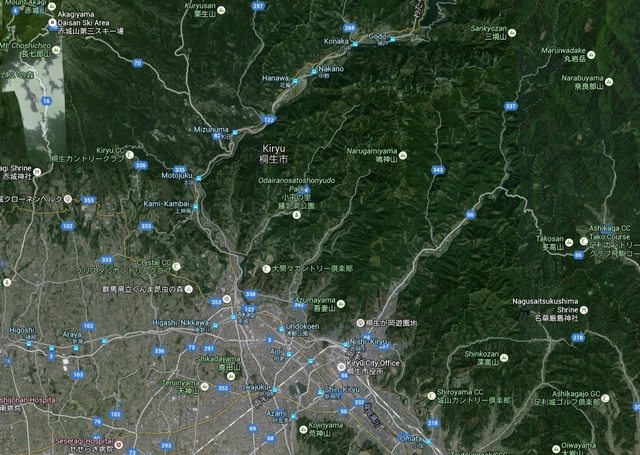 Is there any more precise information about where the show is set or the mountain that they climbed? I would like to know what exactly was over that mountain if they did manage to get over it

Now that my schedule has freed up a little, I reran my search for 聖地巡礼 悪の華. (I don't really know Japanese, but the former seems to be a good search term for pilgrimage.) Maps such as this one came up, and I found this blog post for the corresponding episode (i.e. episode 10). (I had "misplaced" this episode when I commented on this question earlier, which was probably why I couldn't give a quick answer.)

Here's a screenshot of the map. The markers for episode 10 locations are in green and are isolated from the main "cluster"---I am reproducing the section in question below: 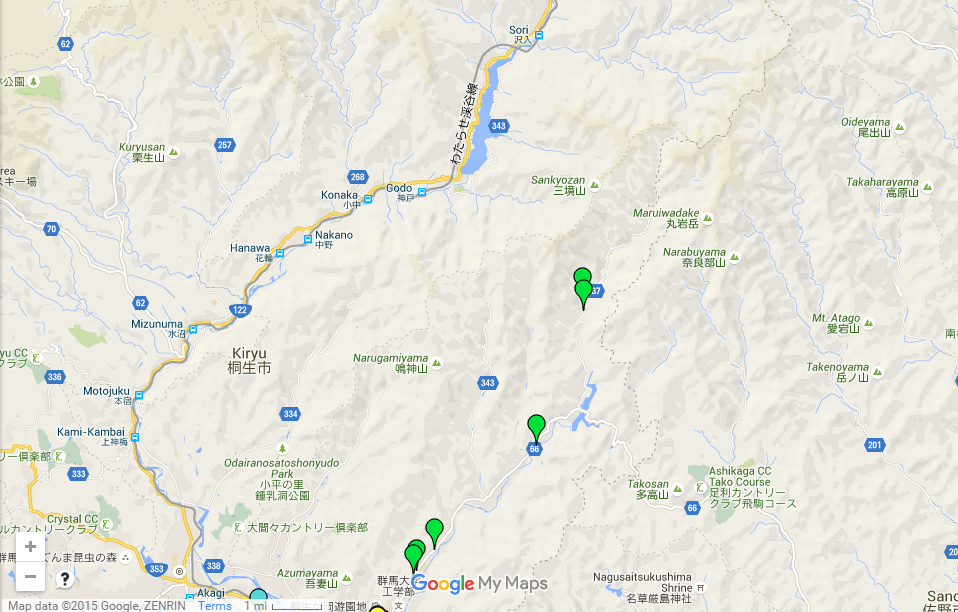 So it looks like Kasuga and Nakamura started on Prefectural Route 66 before branching onto Prefectural Route 337. There are also some "real life v.s. anime" comparisons on the blog I linked to, which verify the locations listed here. It is not clear to me if Kasuga and Nakamura are climbing any specific mountain; it looks more like they are travelling north via some mountainous roads. Northwards, there seem to only be more mountains.

Incidentally, Google maps suggests that it is relatively easy to travel from Kiryu to larger cities such as Tokyo through flat land---it's not even as if the town is completely surrounded by mountains. More likely, the mountains take on some symbolic meaning for Kasuga.

Not the answer you're looking for? Browse other questions tagged the-flowers-of-evil tourism or ask your own question.