After leaving the marines why did Aokiji join forces with pirates?

which is regarded as a traitor to the government when he abuses his position as a Shichibukai. 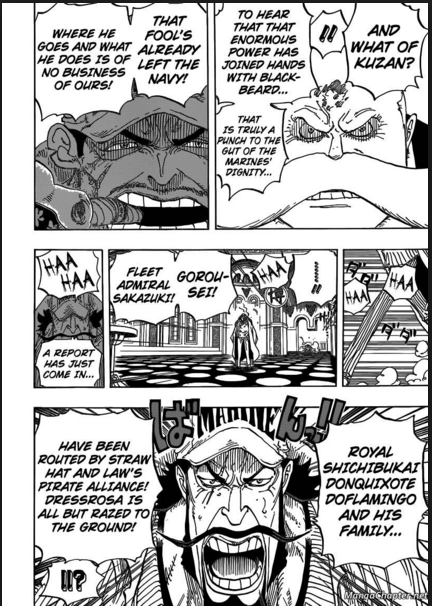 Question: Why did he joined forces with the pirate group which is a traitor and a threat to the government? Does he not believe in justice anymore in the World Government?

Aokiji might have his own self justice principles. As he has previously seen the unjustice rendered by the present fleet admiral to the innocent people of Ohara when Aokiji and Akainu are fellow comrade Vice Admirals in the buster call operation, he might feel indignant to work under a person (Akainu) who has the pretence of killing innocent in the name of justice as they contradict with his own self justice principles. So he might have decided to join hands with Black Beard who proclaims his evil intentions to the world rather than pretending to be someone.

But why he joined hands with Black Beard is the mystery. Maybe Black Beard might have given him an approbation of making Aokiji the Fleet Admiral after he himself took the world dragons under captives and make Black Beard himself the new World Ruler. Simply a cruel, arrogant person is more detestable than a cruel, friendly person. Or he might be sick of the marines' overall cruel operations to safeguard the world government who follow tyrannical measures.

I think aokiji is part of the revolution army and went in to the navy to spy also I dont think aokiji really lost the fight,cause just because he lost the fight doesn't mean he would leave the navy, also when he showed at punk hazard he was pretty calm and told the navy not to tell anyone that he was there. I think aokiji purposely losed the fight to join blackbeard and spy that is all.

5
Why are the ship names suffixed with "Go"?
4
Why was Bartholomew Kuma after Luffy's head at the conclusion of the Thriller Bark arc?
12
What's the deal with Roronoa Zoro's eye after the timeskip?
3
In which episode of the anime did Aokiji (Kuzan) and Akaino (Sakazuki) fight?
3
Did the animators make a mistake with Nami's glove after she stabbed Usopp at Arlong Park?
1
Why the appearance of One Piece characters have goatee after time skip?
4
How did the World Government know about the clash between Revolutionary Army and Blackbeard Pirates?
1
Why do the three admirals of One Piece Akainu, Aokiji and Kizaru have different(opposite) power from their character?
0
If the World Government knew that the Strawhats were on Thriller Bark, why didn't they inform the marines?
3
Why did Luffy not command the Straw Hat Grand Fleet against the Big Mom Pirates?