I want to find an anime where there are so many android which have superpower. The main lead have power of speed (In one instance he achieve more speed then light and everything appears to him as still objects). Others have power like shape shift etc. I think the main lead is a member of a group and every member have different power such as shape shifting etc. At one instance they meet a group of androids which thinks they are god and they really have similar power resembles of god. I think Greek gods but not sure. There are some half animal half human look like android too with god androids.

I watched it on an Indian entertainment Chanel approx 8/9 years before. Its full action pack but sometimes contain silly jokes too.

You're most likely looking for Cyborg 009 which is about: 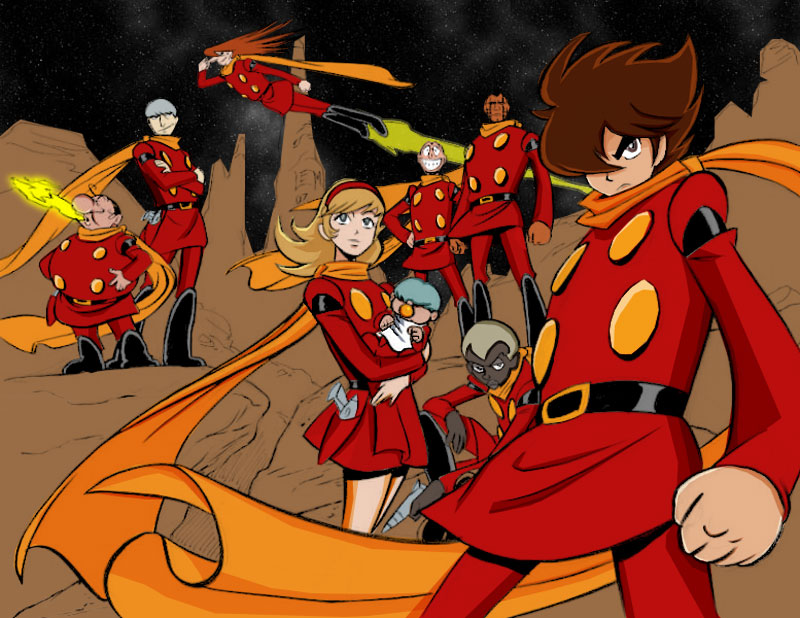 Nine regular humans are kidnapped by the evil Black Ghost organization to undergo human experiments which resulted in nine cyborgs with each one having super human powers. The nine cyborgs band together to fight for their freedom and to stop Black Ghost. The evil organization's goal is to start the next world war by supplying rich buyers with countless weapons of mass destruction.

In 2012, Production I.G., in association with other studios, produced a reboot of the series, called 009 RE:Cyborg, consisting of a 3DCG movie (written and directed by Kenji Kamiyama) and a manga series by Gatou Asou.

Not the answer you're looking for? Browse other questions tagged cyborg-009 or ask your own question.