What is the background about the tattoo around Jellal's eye? 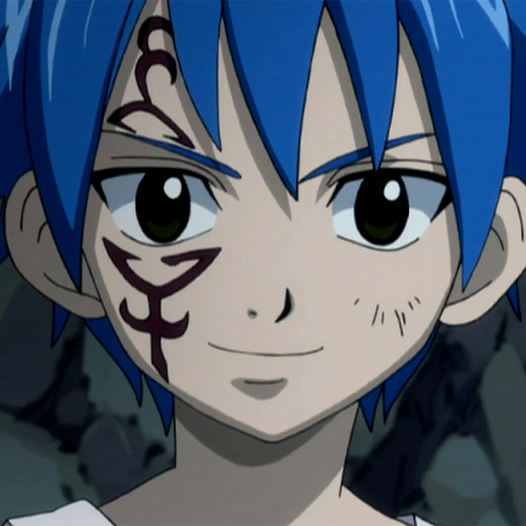 Why does Jellal have the red tattoo around his eye? Where did it come from? Is there anything special about the shape of the markings?

Fun fact, this is actually a reference to Hiro Mashima's (the author of Fairy Tail) other series "Rave Master." In that show, there is a character named Seigrain, who has a tattoo over his eye, which is the same as Jellal's. This character also looks very similar to Jellal's.

Sometimes Mashima sneaks in stuff from Rave Master. Such as Plue, who he describes as his own pet who he can use in whatever he likes. So, that's probably why Mashima put it in there.

I think it's before the tower of heaven happened. He was in a village or something and they did a ceremony for the most powerful child (most magical energy) and they gave that child a special mark to note that he is the strongest; maybe they were going to use him to fight wars (until he was taken by the people at the tower of heaven).

I know that it's also a reference to Rave Master which was made by Hiro Mashima, the author of Fairy Tail.

The ceremony thing isn't possible, its likely that he was born with the markings and my evidence is mystogan/prince jellal of edolas as it's a parallel universe where everyone is opposite.

16
Is there an explanation for Natsu's motion sickness?
1
Why is being a Dragon Slayer a big deal?
2
Did Mest have a guild mark?
2
Why did Lucy of future not know of the solution she wrote?
7
What are the processes involved betwen job submission and rewards?
2
Why does Gray have to kill END?
1
Why did the Magic Council make so many Faces?
0
Why did Makarov not use Fairy Law against Tartaros?