Before I describe what little more about it I know, let me clear two things up. I will be referring to a "virus", but I don't know what it actually is. I may sometimes say Gundam instead of mech. That's because I just spent 30 minutes looking up Gundam, not because it's a Gundam anime (although it might be).

So, I know it's a mech anime. When they enter the mech, they pass through a circle that applies a form fitting suit that they use to control the mecha. (I'm actually not totally sure about this).

One of the episodes involved a conference and/or other group of people collected together talking about the "virus". One of the attendees is infected (and there's something about them they have to hide to prevent people from finding this out).

The "virus" bas stages (I think) eventually takes over the infected (while they are in a mecha), and the infected loses control (becomes controlled?). If I recall correctly, the inside of the mecha now looks like a fleshy hell pit created by the "virus". 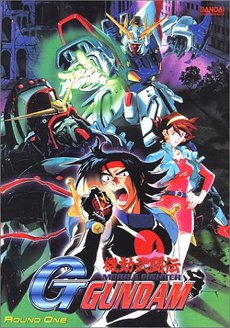 Firstly it was aired in Toonami in 2002, so it fits the initial bill.

Then in the wikipedia page, The plot section has this one specific fragment:

As they encounter Gundam pilots who had come in contact with the Dark Gundam, Domon and Rain learn of its unique cellular properties to regenerate, multiply, and evolve by infecting organic matter and causing violent behavior in living things.

So we know that this anime is about mechas and there is a virus thing, namely the Dark Gundam, that has abilities to corrupt organic matter and evolve in/with it (or something along those lines).

Then as I searched for footage of the anime, I came upon this video of the first episode which in its first seconds shows the character going through a circle in order to wear a suit, just like you also told.

I'm not sure about the meeting part, for I haven't watched it, but as for everything else you've told, it's a dead giveaway.

Hey is it a series called Blue Gender? They had a full series, 24 or 26 eps Then later crammed that into a movie-type-event-ization. Here's the trailer for theFunmation dvds. I think u can still get it.

Not the answer you're looking for? Browse other questions tagged g-gundam or ask your own question.