Where did the Dog-people come from?

In Dragon-ball there are numerous dog-people, one of which is the king of the world 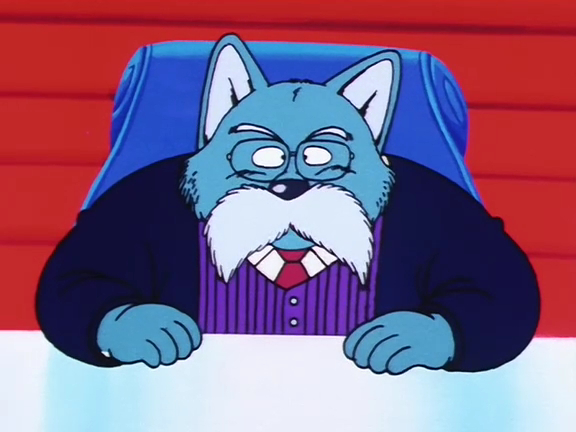 Where did they all come from? Did someone, one day, breed with a dog, thus spawning this race of Dog-people?

In Dragon Ball universe Animals are different form our earth animals. Some of then can talk and even walk on two legs.Take Puar and Oolong as an example. Its never explained that why some dogs on Dragon Ball universe act like normal dog and some act as human. Not only for the case of dog, there are other animals too which behave in the same way.

Here is a link for the different species of animal appears in Dragon Ball Universe.

Its my own assumption that they can be alien on Dragon Ball universe from different planet. But there is no official words.

Or it may be a plot hole that some animals talk and some can't.

That is due to it starting as a non serious manga for kids. It doesn't have any more meaning or interest that a comical one. For all respects these creatures are considered humans (note that Oolong and Puar are different).

11
What happened to all the talking animals in Dragon Ball?

4
Who are the people that know how to use Kaio-Ken?
2
Why did Guru come back to life?
4
Why didn't Goku and Chi Chi use the Dragon Balls to rescue the Ox King and his castle?
3
Why couldn't Goku use the Nimbus to rescue the Ox King from the fire?
5
How does Mai from the Pilaf gang become younger?
4
What happened to the other androids in Dragon Ball/Dragon Ball Z?
1
Where are the more powerful characters during the Tournament of Power?
4
What is the BGM where Pilaf starts escaping from the fortress in episode 32?
3
How/Why did Mai from the future Trunks, in Dragon Ball Super get young?