Why does Hashirama Senju possess such huge and terrifying chakra?

In the past three Naruto manga chapters (chapters 621~623), the story goes like this: child days of both Hashirama and Madara, and he (Hashirama) is just like every others in Naruto: a normal human being. But when Orochimaru revived all four Hokage in front of Sasuke, Hashirama raises his chakra level to threaten Tobirama, as it would crack all the walls nearby or maybe the entire basement (chapter 620). How could have Hashirama acquired this kind of power (chakra)?

When Naruto had gone to Mount Myoboku for his senjutsu training, Lord Fukasaku had mentioned

Now we also know, Kakashi mentioned Naruto having large reserves of chakra (excluding the Nine tail's chakra). And this is the reason why Naruto could complete the Sage training and enter Sage mode, thereby giving him access to a larger amount of chakra.

The same goes for Jiraya, as he had completed the Sage mode training, and could enter the sage mode himself.

Thus we can assume, once in a while kids are born with higher reserves of chakra.

The same can be assumed in case of the first Hokage and Kisame, they could have been born with a large reserve of chakra.

Reason for assuming this is, First Hokage could enter the sage mode himself, and as for Kisame, we know the sword of his, Samehada would only attach himself to a ninja with good reserves of chakra. (Since the eight tails had more chakra and a more "delicious" one samehada switched allegiance and joined Bee).

In case of Naruto, Jiraya and First Hokage, their sage mode gave them access to a larger pool of chakra thus making them more powerful. On the other hand, Kisame could get access to a larger amount of chakra with the help of Samehada, that would "eat" the chakra of enemies and supply to Kisame.

Nothing much have been mentioned about the third Raikage, so I can't provide any proof to support my speculations.

When shinobi are reincarnated using the Summoning: Impure World Reincarnation, they have unlimited chakra, as is stated on page 17 of chapter 591. It seems to be that instead of the character himself having incredible chakra from when he was alive, he instead had incredible chakra because he was reincarnated.

The Impure World Reincarnation gives them an unlimited chakra, but at the same pool they had before. If that's the case, then we'd have a bunch of undead Hashirama leveled clones all over the place.
So, again, the display from Hashirama is his actual chakra level before he died (considered his prime). Now being able to use his chakra at top form because of the Impure World Reincarnation is ridiculous. It's like a constant recharge to 100%.

If Impure Madara and Impure Hashirama went at it, most likely a never ending fight would occur, but we now have different variables. The unknown power of the Juubi with Madara and Tobi vs the Kages, Kyuubi Mode Naruto and now Sasuke thrown in the mix. There's too much play given at the moment since we still don't know the true extent of the power of the chakra from Juubi, Rinegan Madara, Hasirama, Sasuke and Kyuubi Mode Naruto.

Hashirama is a direct descendant of the Sage of the Six Paths, but his chakra levels are beyond the normal notable chakra levels seen in both the anime and manga. I think this stems from both his heritage and his ability to use the Mokuton (Wood Release). As similarly noted in Madara's case, these two were born with exceptionally powerful chakra, even for their clan's standards.

Hasirama was a child prodigy and the only shinobi ever found that could use mokuton. So maybe hashirama was gifted with such abilities, plus he must have worked really hard too as the flashback shows. Moreover jubiis real form is a tree, shinju. That means originally when the chakra that was distribued among shinobis by ridoku, one must have gained somewhat extraordinary part of it, call it genes at play. And wood ability being the stongest of all elements being jubiis form must have demanded a high amount of chakra level which is why it was weilded only by him due to having great chakra reserves. Though it is surprising that the probability of someone getting wood affinity was so low to be only one person.

Rather than acquired, being born with it or blessed with since childhood would be more correct. The author's way of balancing the rivals, I guess. Madara too ended up showing off ridiculous powers. He single-handedly defeated the Five Kages after all and Hashirama was his equal in strength.

Nothing more specific has been provided so far.

The answer is actually pretty simple:

Hashirama is one of Ashura's, Hagoromo's son's reincarnation, Ashura inherited the Sage's body and physical strength, there is where his and Hashirama's huge chakra reserves is from. He also could use all elements of chakra and the yin/yan release too. (Wood Release is yan Release Kekkei Genkai, because you can breathe life into forms with it.

To go even further with this, its possibly also the same reason why he is the only one able to unlock the Wood release among the Senju's. As we know Wood release is a combination of both *Water and Earth releases but as the story goes on you'll also learn that it also heavily consist of Yang release which basically makes it a tessei kenkai so to speak.

So the reason why Hashirama Senju is the only one able to use the Wood release is because of his body itself which was said to be "brimming with vitality" as he could battle on for days before finally showing signs of fatigue and as he would heal from wounds without even waving seals surpassing technique in even that of Tsunade known as the greatest medical shinobi.

Indra founded the Uchiha Clan, which is the clan of Sharingans, and Asura founded the Senju, thus some Senju would get his life force.

We can assume that since Asura Otsutsuki inherited his father's life force, all Senju have strong/powerful chakra, but if you are his direct reincarnate (Hashirama & Naruto), then your chakra is a cut above the rest.

Facts taken from the manga: (Remember, the Hashirama-Madara flaskback is not completed yet.)

I can think of two possibilities as to why he was more powerful:

a) Each ninja has their own motive in their life, and Hashirama's ninja way of life was to "Protect his Village and Comrades". Hashirama was very dedicated to achieving his goal. 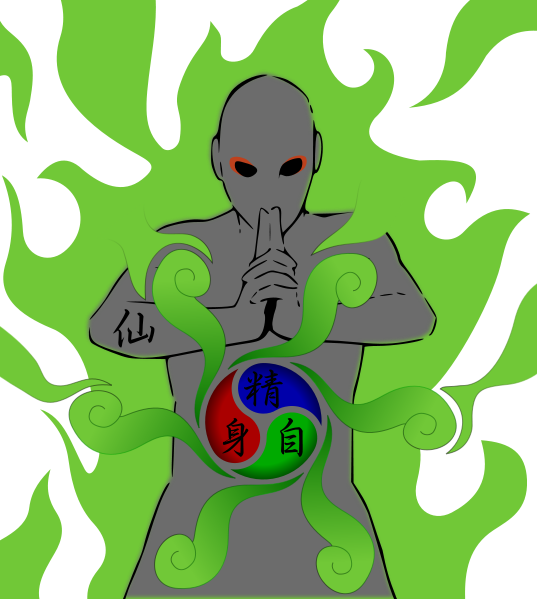 11
Is the nature of chakra hereditary?
8
How can one achieve incredible chakra such as that of the Third Raikage or Kisame?
7
What does it mean to have “powerful” chakra?

5
What type of chakra element does the Aburame clan possess?
10
Why did Chouji get fat when he received Naruto and Kurama's Chakra?
20
Who is the strongest Hokage?
13
What does Hashirama mean by the effects of the chakra rods?
9
Does Izanagi really require both Senju and Uchiha DNA?
2
Why are so many names based on folklore and such
5
Why Tsunade-sama did not have wood element even though she was direct descendant of Senju Hashirama-sama?
2
Why does Naruto’s anime and manga have huge differences?
0
Why didn't Hashirama, Tobirama and Minato use rinne rebirth?
4
Why didn't Naruto and Sasuke feel a disruption in their chakra when Madara and Hashirama were reanimated?