What do these lines mean in manga? 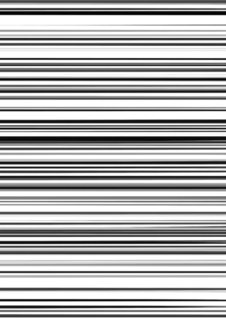 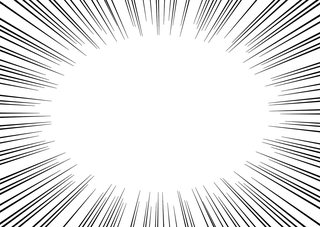 They are always seen when in an action sequence. Why do mangakas draw these kinds of lines and what do they mean?

The term you're looking for is (generically) "speed lines". Unsurprisingly, they are typically as a visual indicator that something is speedy.

The terminology is a little silly, though - the horizontal, fixed-width lines in your first image are clearly used for different purposes from the vanishing-point-oriented, variable-width lines in your second image, and bucketing them all as "speed lines" is a bit inaccurate.

As it turns out, Japanese has better terminology for these lines. There is a broader term 効果線 "effect lines" that subsumes both スピード線 "speed lines" (your first image) and 集中線 "focus lines" (your second image), as well as some other rarer styles of line. This is a more appropriate choice of words, in my opinion: the "focus lines", unlike the lines in your first image, are used to draw focus to whatever is "at" the vanishing point of the lines.

(This visual language seems fairly intuitive and universal to me, so I'm a little surprised that you had this question - not that there's anything wrong with that.)

The top drawing shows when a character is moving fast (such as running or hitting something with power) The lines show the direction the movement is happening. The lower drawing shows that this is a very important piece of information or that the character is at an intense state of emotion: such as if the character finds out that his/her friend is a mass murderer.

The left drawing looks like it is showing something happening at speed, for example if you were to put a character there in front of those horizontal lines, you'd get the impression that that character is moving at speed, e.g. like running.

The one on the right has the effect of focusing the reader on a particular aspect of that drawing square, and it's use can hugely vary. It can also be used to reveal something surprising by putting an object/character between those exiting lines.

Not the answer you're looking for? Browse other questions tagged manga-production .

10
How far ahead is planning done before a manga is released?
3
What do vertical dots in a speech bubble mean?
6
What differentiates manga from other comics?
17
What are the steps involved in making a professional manga?
2
How do mangaka draw the white lines in a black and white manga?
2
Why are some anime and manga unlicensed?
16
Why is anime produced faster than manga?
10
What phenomenon are at play such that the "Big Four" are limited to four and not a growing list?
20
What are these color pages for?