In Bleach, whilst watching the final fight between Ichigo and Grimmjow, I noticed that Grimmjow's body did not vanish when he was defeated as the other Espadas did (in the aftermath when Nnoitra appeared). There is no mention of Grimmjow after this. Confused, I turned to the manga, in chapter 286, I could not tell either. I was still confused so I turned to the wiki. In the wiki, it vaguely says

"..but Ichigo steps in and protects Grimmjow as he lies on the ground, severely wounded. However, he survives the attack...

A quick Google search and I found this (dead) Yahoo! Answers post about this, but both posts are vague and unhelpful.

Is there some credible source that can verify if he is alive or not?

Ok, I found the omake that mentions Grimmjow:

In the bottom-right corner, it reads:

Q: Will there be characters that appear in the role of a friend?

Kubo: Ulquiorra has already turned to ash. Grimmjow might become a friend...

So yes, Grimmjow is alive.

Grimmjow is still alive, as revealed in Chapter 624 of the Manga. Both he and Nel show up to help Ichigo and friends take down the quincies. 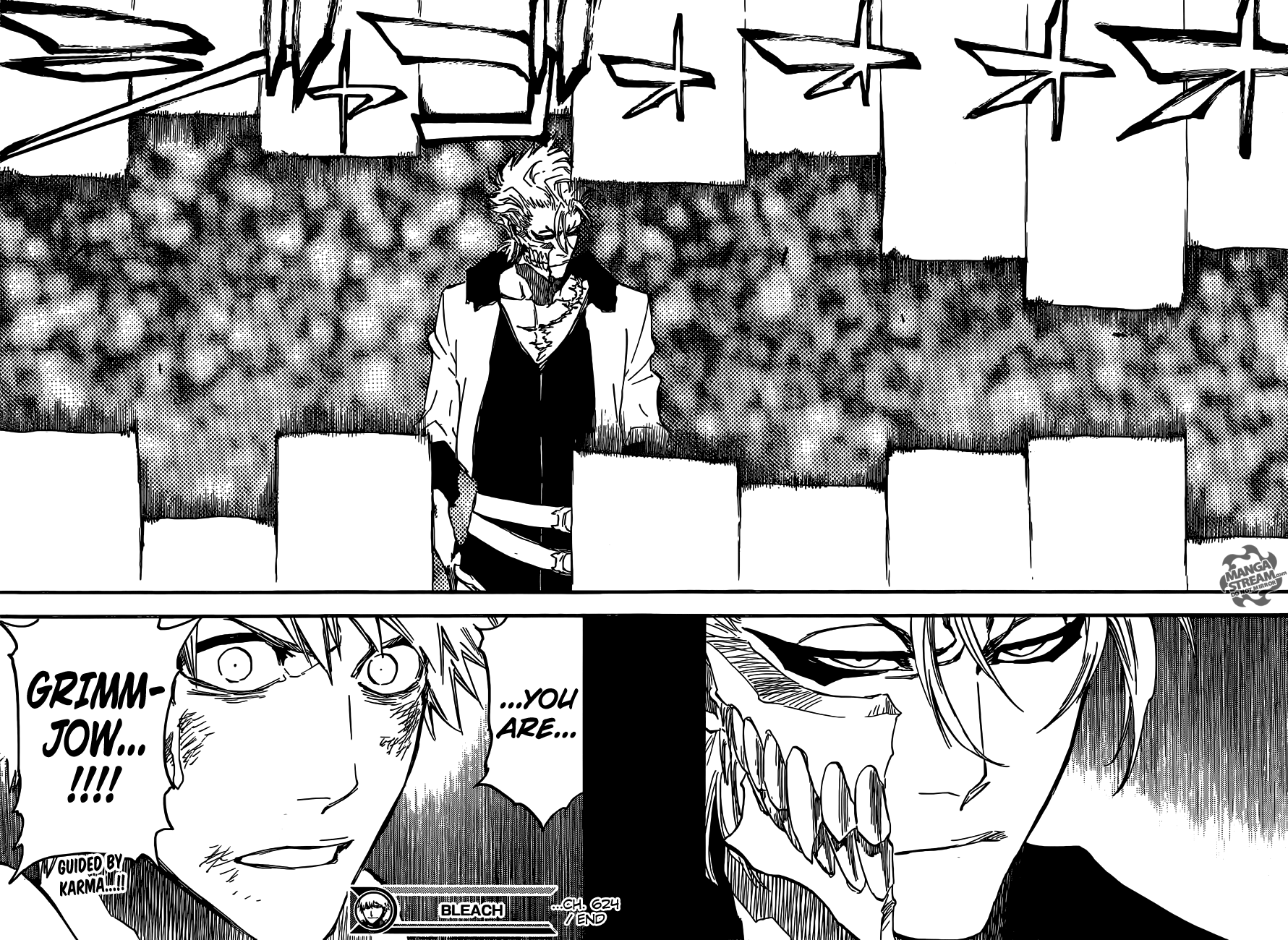 Yes, he is still alive. If you have watched their fight's aftermath, Ichigo protects Grimmjow while he looks ahead, dumbstruck why he is protecting him, and it never said he died or was fatally wounded.

I don't think he is dead because he was left lying there staring at Nnoitra. If you read the manga, there is a picture of him when he's wearing a half Espada coat, so he is not dead and so is Halibel.

1
Is the weird transition after the fight between Ichigo and Grimmjow deliberate?
7
Did the following characters of Gotei 13 make it alive?