Why does Hori treat her father so bad?

In the manga Horimiya, the main heroine always treats her father poorly. Is there a reason as to why she does so? In the latest chapter (57) she states that there is no room for her father in the Kotatsu. In the chapter before, she doesn't give her dad any extra stew. From what I remember, both the mother and Hori treat her father unreasonably, but I don't remember a reason why. Is there a reason, or is it just some kind of running gag for comedy purposes?

It's supposed to be a running gag, the way my friend and I see it.

Although, an in-universe reason for Hori to treat her father badly would be because of the absence of her father for most of her childhood, which forced her to manage her stuff by herself, thus giving rise to frustration.

As the Wikia page on Hori Kyousuke states:

According to Hori, Kyousuke is rude, selfish and forceful. He jokes around on serious topics and has a knack to leave for long periods of time. He is also cheap, as when he was asked by his family to eat Beluga Caviar or Sharks's Fin Soup, he flatly denied them.

Their relationship is stated on the same page as:

Despite being Hori's father, she acts cold towards him. Hori doesn't mind physically hurting her father and performs an axe kick on him, when Kyosuke tried to act cool in front of Miyamura. Later on, when Kyosuke asks Hori to prepare him some food, she comes back with a bowl of soup and purposely jams it into the back of his head. He then apologized to Miyamura for Hori's "crazy domestic violence habits". 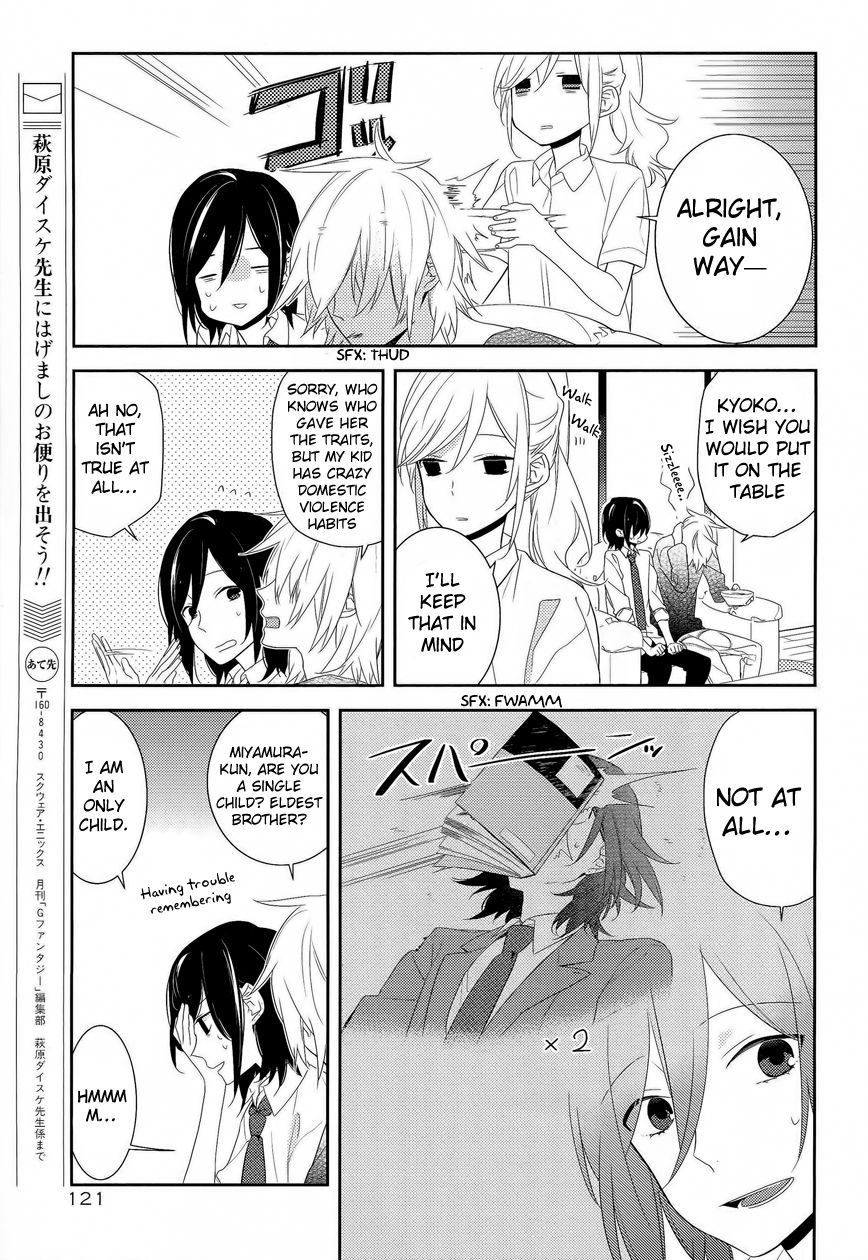 Hence, the way I see it, these scenes depict Hori taking out her frustration on her dad in a comedic way for the users to read.

However, she definitely doesn't hate her dad, as can be seen in this page and in few other scenes. 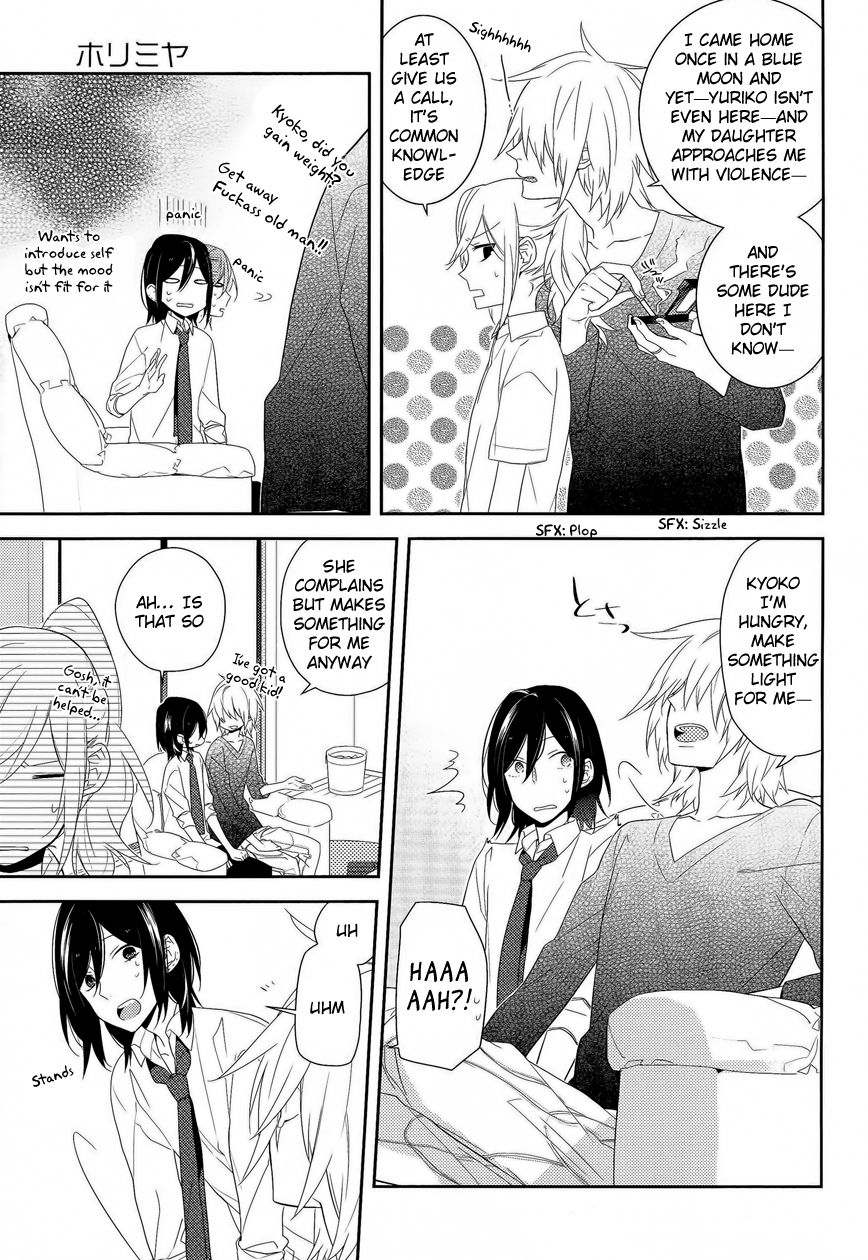 Not the answer you're looking for? Browse other questions tagged horimiya or ask your own question.