Were the Arbiters previously humans?

First, I was going to ask where the Arbiters originated from? Like where were they chosen from? But then after watching the animé, I learned the following:

These two things make me think that the Arbiters might be previously humans turned to dummies and then to Arbiters! Is it possible? Is that true? And if not then what about the origin of the Arbiters? How are they made or chosen?

As per the Wikia article on Arbiters:

Their existence remains a mystery. Nona has stated that they are not human, do not experience emotions like humans do, and have never lived or died. They are even made to look like humans but are created for the specific purpose of judging humans.

This makes it evident that the Arbiters were never humans and shall never be.

The only exception to the "feeling emotion" bit is Decim. 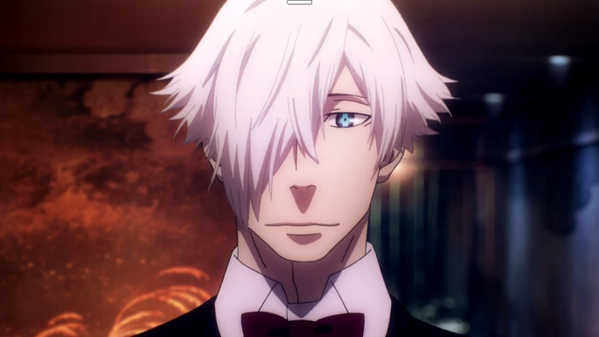 However, Decim appears to be an exception as Nona has implanted human emotions in him which, though at the beginning did not yet seem to appear or were not yet tapped, appear to be surfacing with him as Chiyuki criticizes him for drawing the darkness of human hearts and passing judgement, stating that it is not right for them to be doing that since humans are more simple than the arbiters think.

Simply put, the origin of the Arbiters is unknown. Since they're said to be "created", we can only assume that some methods/technology is used for creating them, or maybe Oculus has some power to create them:

Oculus is the creator of the system of arbitration. He observes all floors and is in a higher position than Nona. He is the second in line to the position of God.

Note: This is only speculation on my part. There's no mention of it in Death Parade or Death Billiards (Movie), so we can never truly know where they originate from.

Not the answer you're looking for? Browse other questions tagged death-parade .

10
What happens to the pregnant woman's baby in the first episode of Death Parade?
16
Is there any relation between the Bar name 'Quindecim' and the Bartender 'Decim'?
3
Why was the old man sent to the void?