Is this picture of Oshino Ougi light novel art or fanart?

Is this picture of Oshino Ougi art from the light novels or fanart? 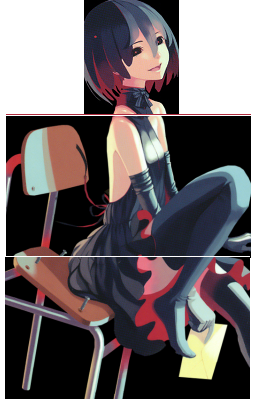 This is an edited version of official art that appeared in the first volume of Owarimonogatari. Full cover taken from Amazon Japan below: 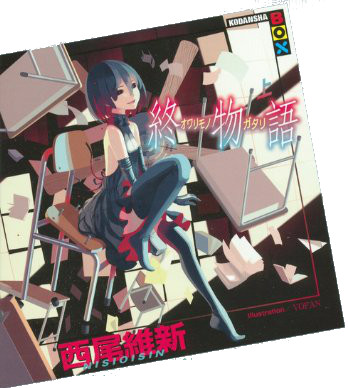 The first volume appears to contain "Ougi Formula", "Sodachi Riddle", and "Sodachi Lost". I haven't read the light novels, but the anime adaptation contains no scene that exactly corresponds to this.

Ougi never appears in a strapless black dress among classroom furniture: her interactions with Araragi take place after school, and thus, she wears the Naoetsu Private High School uniform. However, in the present-day portion of "Ougi Formula", she is locked in an empty classroom with Araragi. (She seems to only appear outside of school in the other stories.) This cover art could perhaps have been created with that setting in mind.

14
What do the parenthesized numbers in the [color] Scenes mean?
5
Who drew the Monogatari Series characters?
10
Who is Oshino Ougi?
7
Is this Monogatari opening a take on another artists' style?
7
Why does Hanekawa know about Black Hanekawa?
10
What is up with Tsukihi and Karen's boyfriends' names?
3
Why have they been delaying Kizumonogatari for so long?
2
What did Oshino Ougi signify?