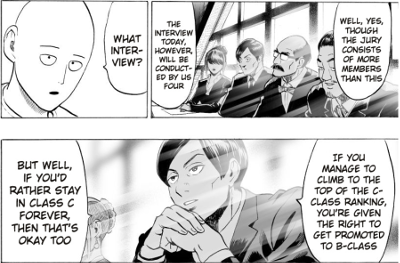 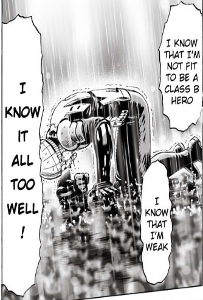 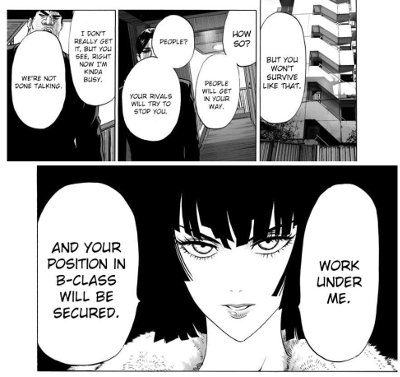 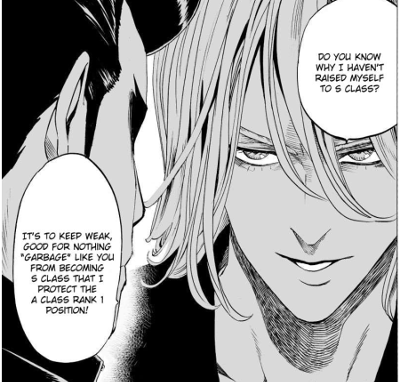 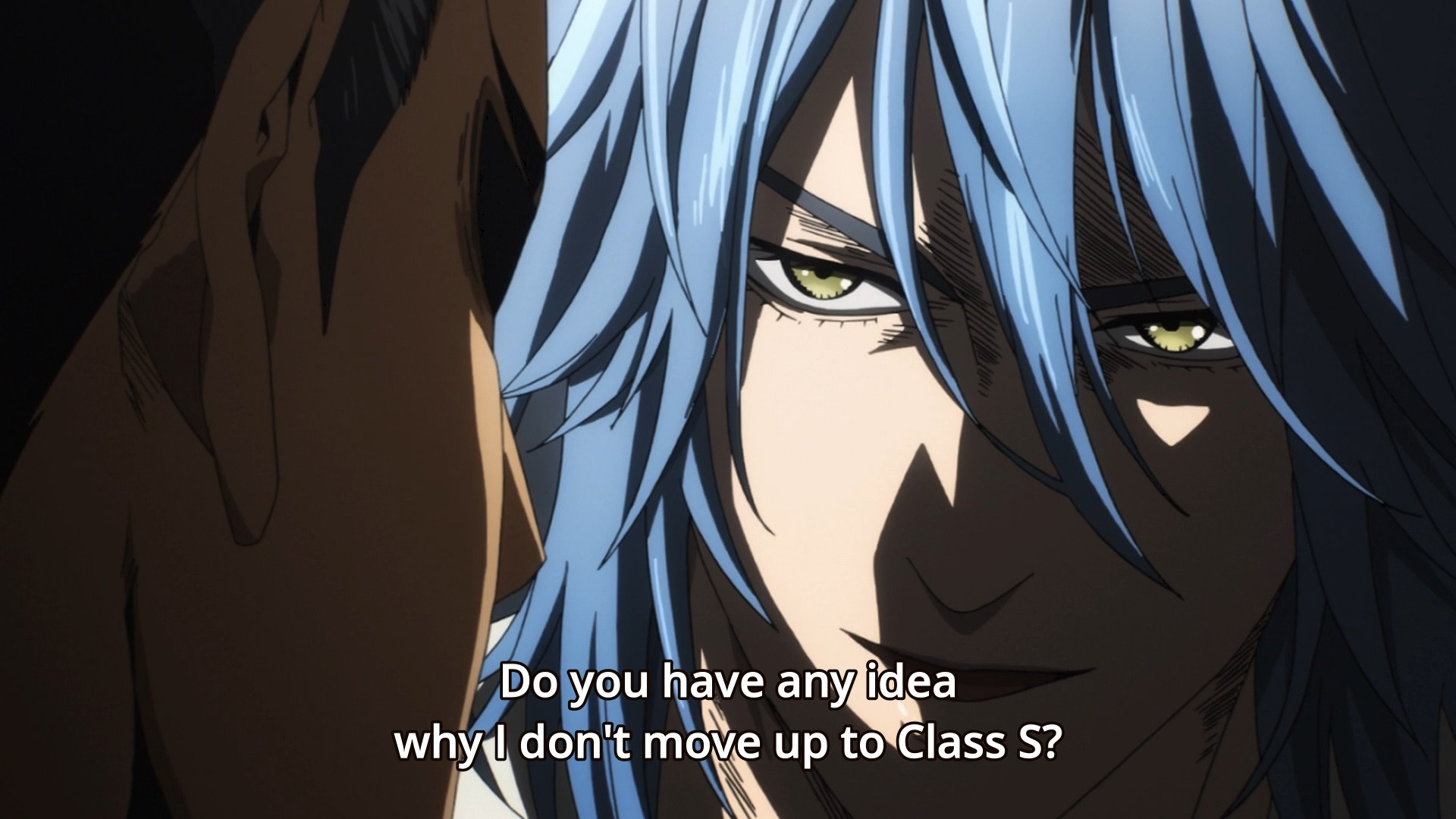 -1
An error in the system of rating heroes in One Punch Man
8
How does Sweet Mask (A-Class rank 1) plan to stop unworthy heroes from moving to S-Class?

13
Why does Saitama have such a simplistic design while others characters are so amazingly detailed?
19
Who is this character in One Punch Man?
4
Is the city name an alias, a code name, or a real name?
2
Which version of One Punch Man is more expanded, the webcomic or the manga?
2
Why King was demoted from #6 to #7 S Class rank?
0
Why would Saitama choose this path?
5
What is the source of superpowers in the One-Punch Man universe?
1
Which chapter of the manga does Season 2 of One Punch Man anime end in?