What is the purpose of Zero's tattoo?

I've watched the Vampire Knight anime and noticed that Zero has this tattoo on his neck. See below. 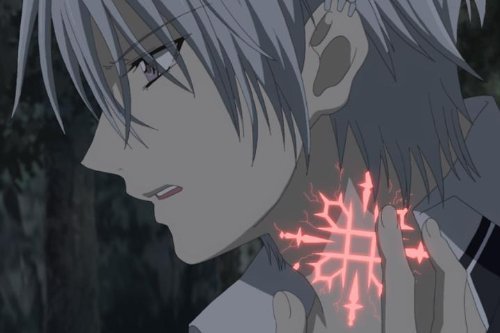 In one of the episodes Yuki is given a bracelet that is meant to have a spell on it and told the bracelet can be used to stop Zero. The headmaster holds the bracelet up to Zero's tattoo to show what it does. It appears as if it temporarily paralyses him. The bracelet looks as if it has the same symbol on it as Zero's tattoo. 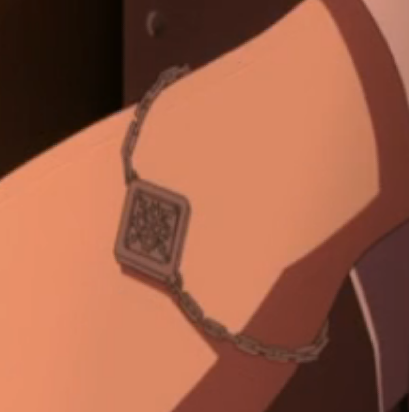 Was there no purpose to it previously? Or did it have a different purpose?

In another episode when he is struggling with his blood lust the tattoo appears to have changed and got bigger and has veins coming out of it.

This left me wondering: What is the main purpose behind it? Or is there actually no purpose at all. 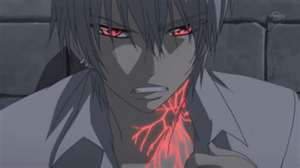 Zero bears a tattoo, the Hunter's Seal, on the left side of his neck originally used to suppress his vampire side, and later used to tame him.

you'll notice that the tattoo is on the same side of the neck Zero was clawing at when he was first brought to the Cross Residence as a child after his family was killed. this is also the same place Shizuka Hio bit him (the reason why he was clawing at his neck)

The hunter tattoo has multiple purposes. The tattoo is of the Hunter symbol, which bears similarity to the Cross Academy logo. It can be used to slow the awakening of a human into a vampire, as Kaien Cross advised Zero Kiryu. Zero was able to delay his awakening for four years with its assistance, although he believed it would prevent it.

The primary purpose of such a tattoo is for the taming ceremony. The tattoo is linked via a matching piece of jewellery with a crest of the same symbol on it.

The tattoo can be on various parts of the body, most likely to be at the point where the human was bitten, as this is where Zero has his.The tattoo hurt him because of the vampire who bit Zero.

When Zero thirsts for or drinks blood, the tattoo branches out in the fashion of veins, or it makes Zero's veins glow.

Not the answer you're looking for? Browse other questions tagged vampire-knight or ask your own question.