What anime is this girl kicking someone from? [closed] 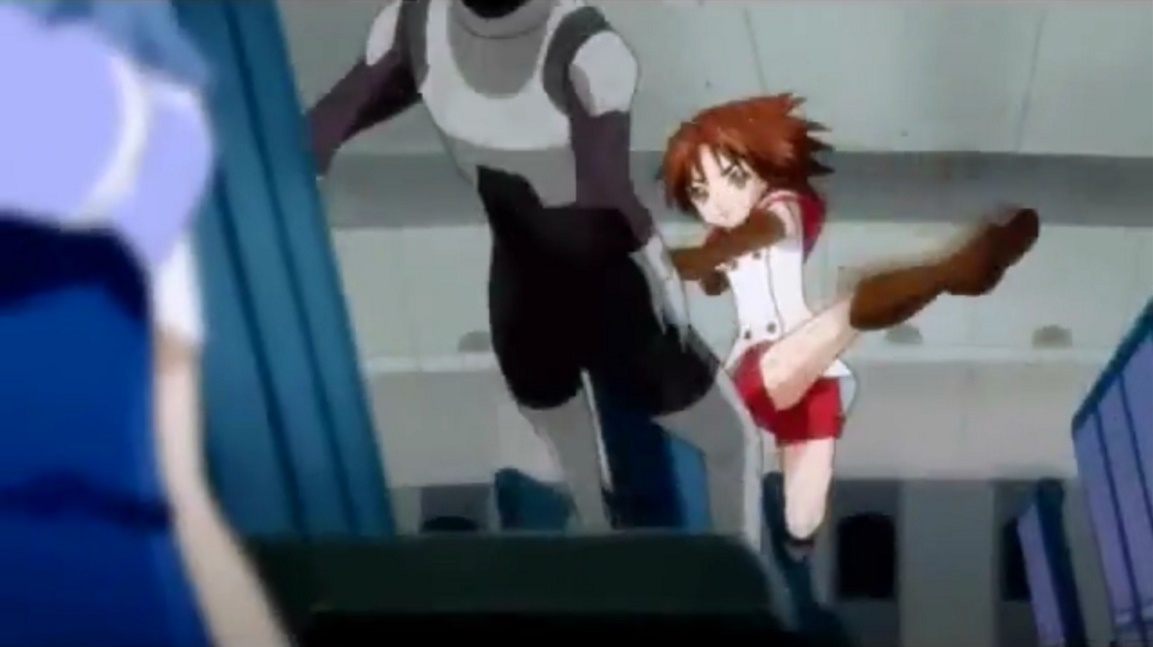 I found this image on an AMV called ♪ Clarissa ♪ at https://www.youtube.com/watch?v=Gje-xf8liWM. The girl appears at 1:43 in the video. I think she might be from Kiddy Grade, but I'm not sure.

This is indeed an interesting question, especially because the appearance of characters in the KG-universe can change dramatically, even within the show. (1, 2)

Cutbacks, clones and implanted false memories make it even harder.

First, did you notice that most of the material in the video is in 4:3 aspect ratio? The material we suspect to be from Kiddy Grade (KG) is in 16:9, though it aired in 4:3. 😵

I asked myself, could it be from the sequel Kiddy Girl-and (KG-a) then? So I roughly skimmed through the episodes of KG-a in 10 second steps¹ and looked closer at sections that weren't about the main characters of KG-a, but I found nothing. Oh well, I could have avoided that by looking at the date when this video was uploaded, in 2008 and KG-a just aired a year later in 2009. However while investigating I found some scenes of Trixie that looked similar. 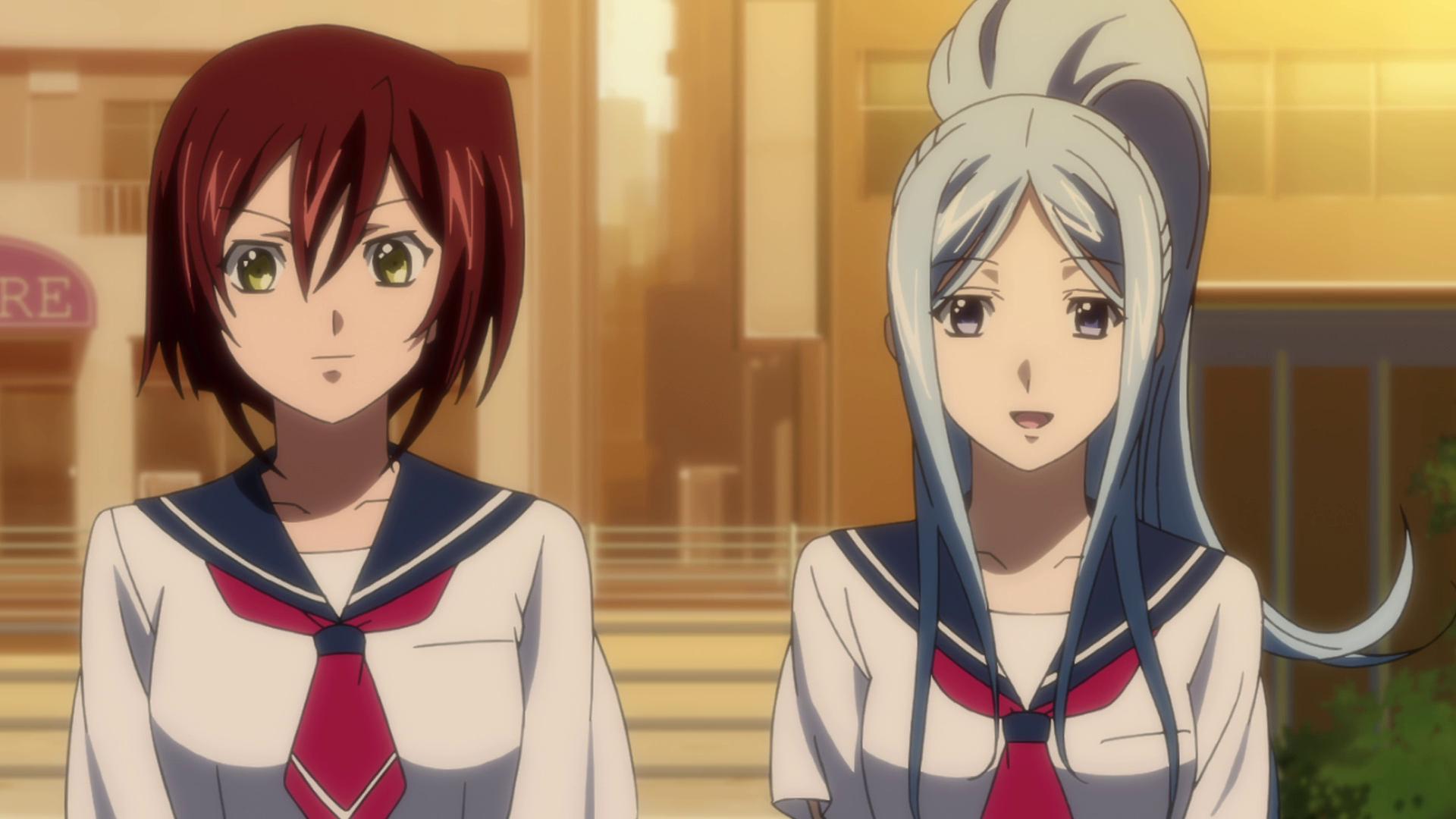 I also noticed that the animation quality is a bit better than in the original Kiddy Grade series. So what could it be? The compilation movies? No, these are 4:3, but let's not jump to conclusions. So I skimmed through these too. Nothing there. 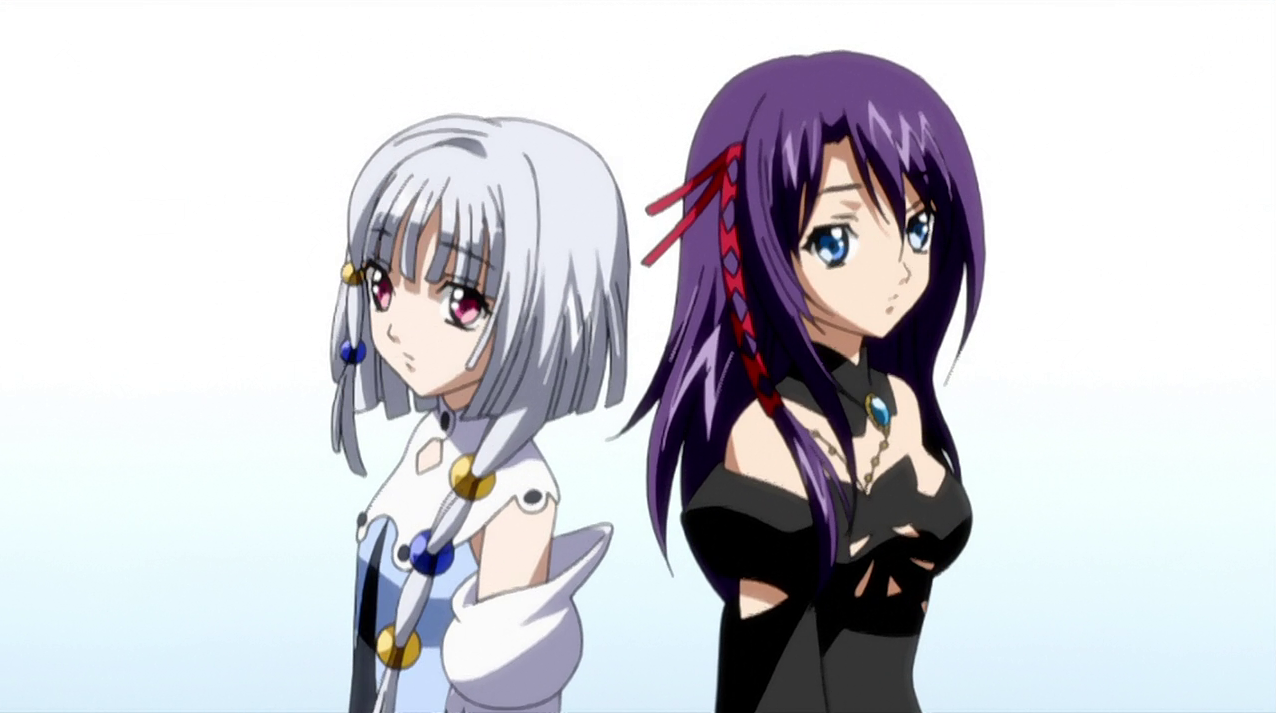 Now watching the video more carefully there is this frame from what reminded me of an announcement of what would never be released as KG2. I now remember this because of this wallpaper on Ningen/Nattoli from back in the days.

There exists a KG2 "pilot trailer" of about 5-7 minutes playtime that was also released on DVD and Bluray of the compilation movies. I didn't care too much about this because it has no consistent story and at some point in time the announcement of KG2 on the official KG website just linked to KG-a, something that was at first glance not closely related to KG, but with reused material from KG2 concepts.

Before KG-a was released I mistook the girls in the picture above as Eclair and Lumiere, but the one on the right became Q-feuille² from KG-a, the other never appears in the anime and apparently was replaced with or restyled to become Ascoeur in KG-a. Coparing the KG2 trailer and KG-a both characters use similar weapons, have the same birthmark, fight what became the antagonists of KG-a and their clothes are also very similar. 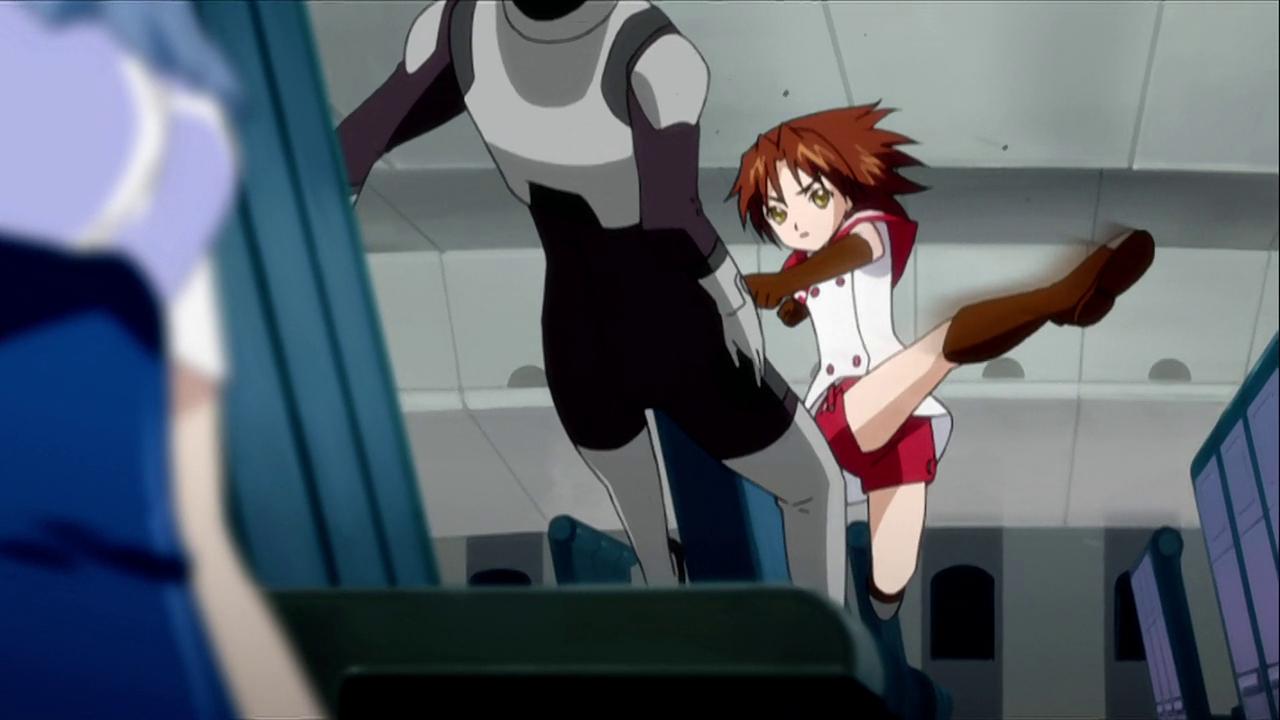 Summary: The scene is from around 0:55 to 1:00 of the KG2 "pilot trailer" and the next frame shows what appears to be a more mature(!) Lumiere. You can already see parts of her on the left in the picture. The AMV also shows the younger Lumiere holding a 4-barreled gun which is in the trailer, too. I assume that all the KG scenes in the AMV are from the trailer. lord-trashheart's investigation was on the right track and very close.

Here is the complete scene:

¹ Could someone implement this please?

² I forgot to take a screenshot of the computer screen that displays Q-feuille's name in full.

Wow, this was (and is) a hard one to find but you made me curious!

The character pictured is indeed Éclair from Kiddy Grade. She normally looks like this.

However, this is a younger version of her, and it's really hard to find information on where she comes from - I wanted to find an episode number she appears in, but couldn't track one down, or even a proper screenshot.

This was the best I could do: via some reverse-image searching with various terms, I found this image, which has a filename equating to 'Éclair in Star Year 0318 - Kiddy Grade'. 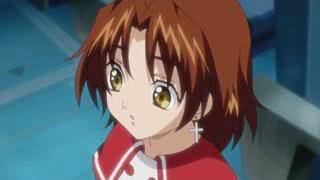 It's pretty believable that this is the same character as in the screenshot, and you can see from the earrings that she may well have some relation to Éclair. I tried to find more pictures similar to this one that would provide more information, but though there are a few, they don't really help much.

On a whim, I went on pixiv and was able to find this in the Kiddy Grade tag: 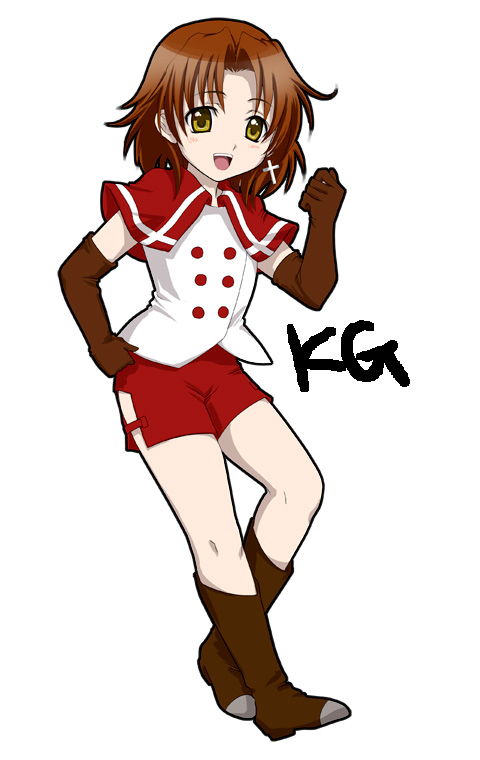 Credit to this artist. I think you'll agree this is the same character. The picture is entitled '幼エクレール', or, in English, 'Young Éclair'.

Anyway, I think this has to be from Kiddy Grade, and hope this clears up why. She definitely doesn't look like this for most of the series though! If anybody who's actually watched the series would like to provide more details that would be great, but anyway, hope this helped.

Not the answer you're looking for? Browse other questions tagged kiddy-grade or ask your own question.