Why is Momo Hinamori even a vice-captain?

OK, so all I know about what good she is at :

Also, she's always being protected and can't look after herself There are so many other Shinigamis with better abilities that can take her position and perform better and be useful!

Is there something I'm missing out? Isn't she over-rated?

From the Wikia article on Gotei 13:

Lieutenants function as executive officers for their division, taking care of or supervising day-to-day operations. Along with their captains, they are not assigned to one specific squad. They generally only know the Shikai of their Zanpakutō but they are still the second strongest in their division. In the case of a division captain's death, departure, or other circumstances making him unable to perform their duties, the lieutenant acts as the "substitute captain" until another can be assigned.

The authority to appoint or dismiss a lieutenant lies solely with the captain of the respective division, a privilege which was granted to them with the support of the Central 46 Chambers. Captains reserve the right to appoint multiple lieutenants at a single time, though this is rarely done due to it being both considered highly unorthodox and heavily frowned upon by the Central 46 Chambers.

An important factor in Aizen deciding to appoint her as a lieutenant has to do with the fact that she was in love with him, which made it easy for him to manipulate her.

From the Wikia article on Momo Hinamori:

Though normally kind, her rare bouts of anger can appear rather menacing, such as her outrage at Captain Gin Ichimaru when she blamed him for killing Aizen. While serving as his lieutenant, Momo greatly respects and admires Aizen. She idolizes him to the point where a letter from Aizen leads her to attack Hitsugaya, her childhood friend, and even after being stabbed by Aizen, she, proclaiming Aizen was being manipulated, asks Hitsugaya to save him. When Aizen leads an attack on the Fake Karakura Town, Momo helps to defend the town from Aizen and his forces, but she still notably refers to him as "Captain Aizen".

When she is reunited with Aizen, he, betraying her, stabs her through the chest, and she nearly dies. 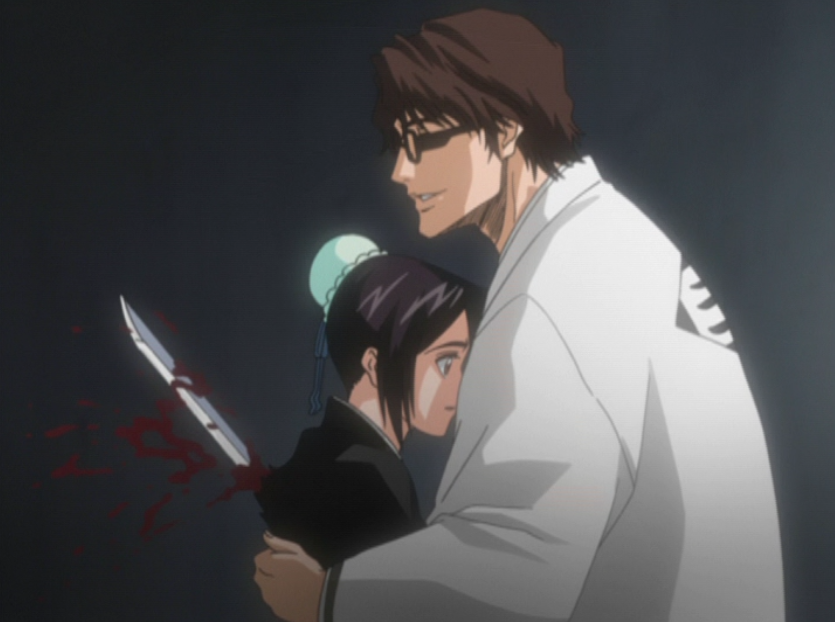 Aizen's reasoning behind almost killing Momo is since he built her to not be able to live without him, he has done her a favor by killing her

Even though she might be weak, she does have battling skills. You can read about her powers and abilities here.

In the end, we can say that her appointment to the position of a vice-captain/lieutenant has more to do with her being of use to Aizen than on the basis of her fighting prowess.

8
Why is Yoruichi able to transform?
6
Why do certain captain-level Shinigami wield small zanpakuto?
1
Why is Ulquiorra's Cero green?
8
What does Captain Kurotsuchi do to Nemu in Bleach Episode 200?
4
Why do shinigami bleed?
3
Why weren't Gigai used for Spearhead?
0
When should I watch The New Captain, Shusuke Amagai Arc?
3
Why does tier Harribel hate Barragan?
1
In Bleach, did Isshin become a captain after Urahara was exiled? If not, then where was he when Hirako and the others were getting beaten up by Aizen?