In Shinsekai Yori (From the New World), humans with Cantus powers are prevented from attacking each other by:

This is what keeps humans with Cantus powers from destroying each other. 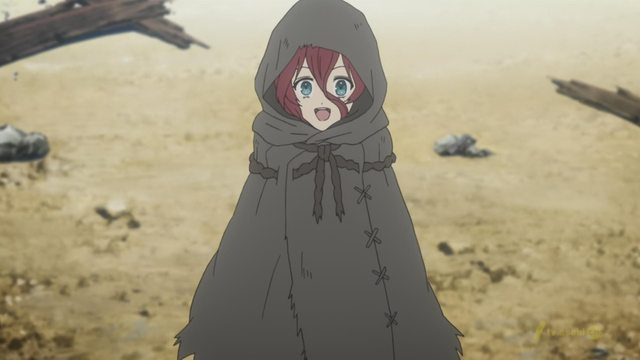 Akkis (translated as: fiends (UTW subs), ogres (Crunchyroll)) are mentally unstable and are able to break the mental restraints. So they have no problem attacking other humans. But what about the death feedback?

How are they immune to death feedback? What makes them different from normal humans?

There are 悪鬼 (Akki, lit. "evil spirit", translated as "fiend" or "ogre") and 業魔 (Gouma, lit. "karma demon"). The former, a.k.a. Raman-Klogius Syndrome, or the "fox-in-a-henhouse syndrome," is genetic. They are PK users with mental instability caused by stress, seeing the world as the source of their problems, becoming one that kills with no sense of guilt or remorse, like a serial killer. The latter, a.k.a. Hashimoto-Appelbaum Syndrome, are PK users who subconsciously lose control of their powers due to stress and distorts everything around them, due to a genetic defect, like depression.

In short, those who kill with Cantus purposefully, are called "evil spirits" (translated as "fiends" or "ogres") and those who corrupt with Cantus subconsciously, are called "karma demons." The former externalize their stress & blame the world for their problems & actively turning their Canti against the world (like having homicidal tendencies). The latter internalize their stress, making them apart of themselves and try to cope or adapt and function in spite of it. They focus so much on the stress that they slowly lose track of other things (like depression), resulting in the leaking of their Cantus.

The minds of both are broken by stress, but how they deal with it ultimately determine what they become.

"Evil spirits" rid themselves of the morals and duties of society, don't see humans are human, but rather problems that need to be fixed ("Screw everyone!"). Kinda like a car being used to run over animals on the road, because the driver think it's fun or they hate animals.

"Karma demons" still hold on to the morals and duties of society, and see human as humans, but cause unintentional harm to them as they try to cope with their internal issues ("I cause problems for everyone"). Kinda like a car emitting poisonous fumes or leaking oil (and causing fires), due to some mechanical problem.

Shun does not hurt people because he wants to, so he becomes a "karma demon," but the "Messiah" freely wills to harm people, thus becoming a "evil spirit."

All humans have the disposition to become either, but how they handle the stress ultimately determines what they become. Saki is able to balance the internal and external conflicts with stress and use it for the good of the people.

The Death Feedback is part genetic and part conditioned. From episode 4, they mention that the human genome was modified and that the Death Feedback works by the subconscious becoming aware of an attempt to harm another human and it uses their power to stop liver functions and parathyroid glands. This is further reinforced by education, conditioning and hypnosis. I think in episode 12 Tomiko speculates that it could be possible to circumvent the Death Feedback if the user was on some kind of stimulants or somehow didn't recognize their targets as human.

This is possibly why the monster rats can raise a human child as one of their own species, and the child will grow up not recognizing humans as his/her own species so the child would be able to kill humans (but not the rats). It's also mentioned that the ogres are genetic mutations, possibly without the Death Feedback genome, but that wouldn't account for the rats stealing human infants since there's no guarantee that the infants have the mutation.

Not the answer you're looking for? Browse other questions tagged from-the-new-world .

1
Why do people in Shin Sekai Yori die if they kill other humans?

12
Why was Reiko "disposed of"?
14
What happened to the kidnapped human babies at the end of Shinsekai Yori?
2
Why are ogres so strong?
0
Are Board of Education members immune to Death Feedback?