I remember bits of this movie and I liked it.

The mushroom shaped towers were very big, and the cybernetic being had tentacles or cords infused into its body. Just like in the pictures below... 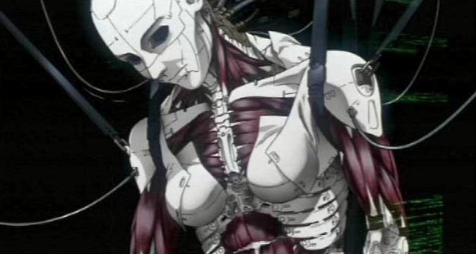 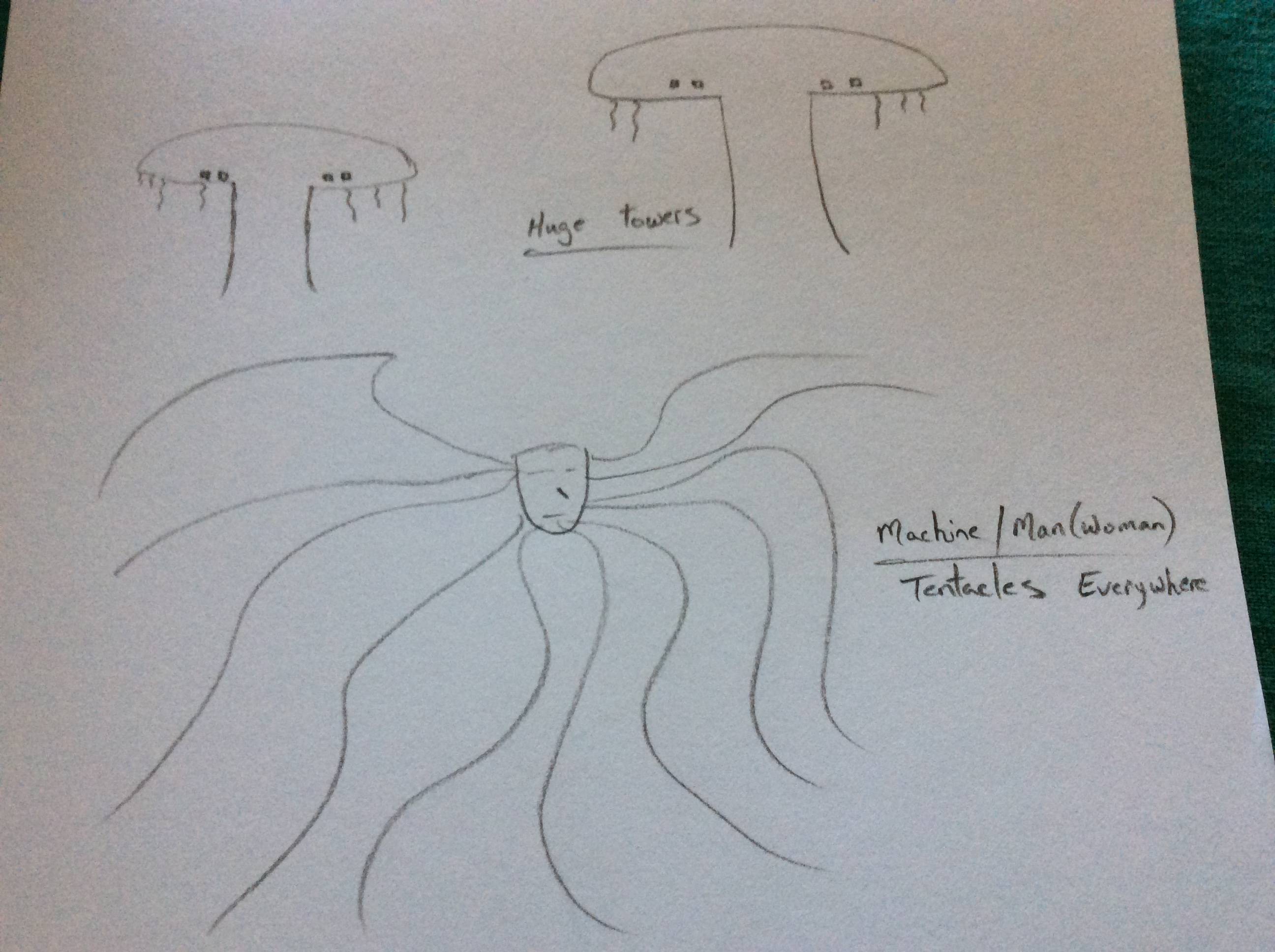 I thought the name was willow or wind. Any help?

Oh and this was around 20 years ago.

This is a really long shot based on the similarity to the Ghibli aesthetic mentioned above:

Could it be Tree of Palme?

It's from 2002, so it's a little earlier than you specified, and I would be amazed if this was ever shown on broadcast TV. It did get a dub and a DVD release though, so who knows? 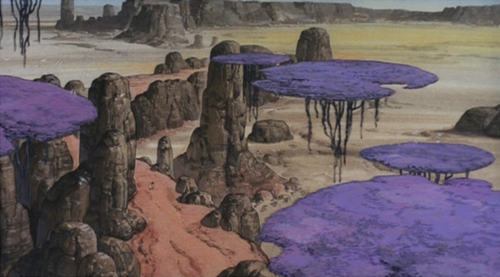 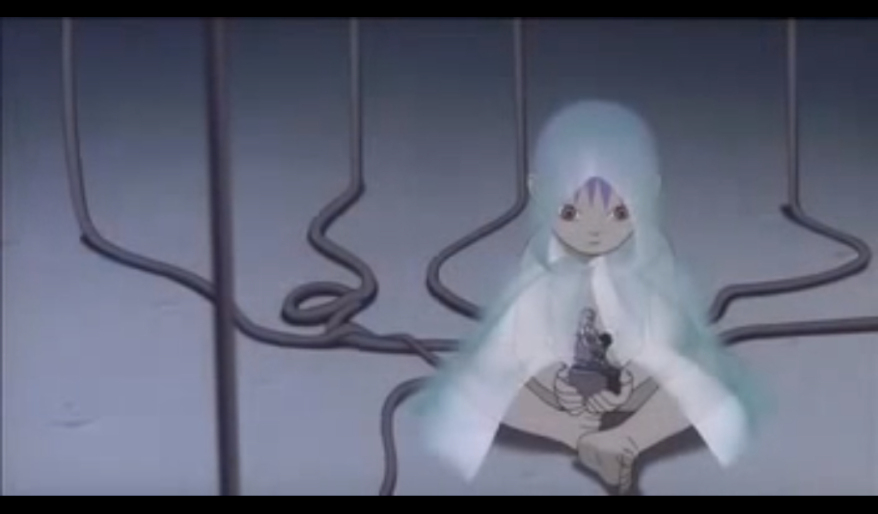 woman AND boy who merge, transform into a monster and are engulfed by tentacles (it's complicated) - check 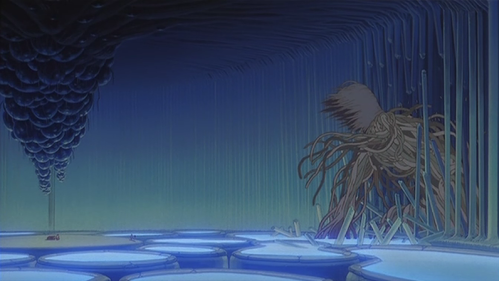 So, do any of these characters ring any bells? 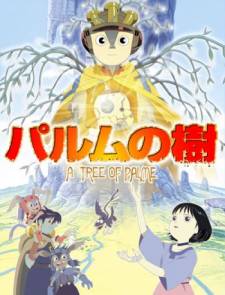 This is a bit of a long shot, but perhaps is it Nausicaa: Valley of the Wind. This was a really big title, released in 1984. There was also a US release called "Warriors of the Wind".

While I don't remember any large mushroom houses, there's a lot of large natural features in the landscape of the world, and the main protagonist does a lot of travelling, so at one stage she may have flown through a similar area. 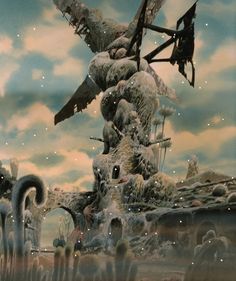 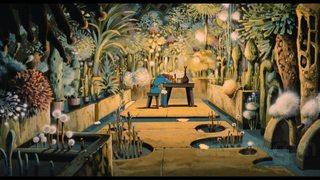 The tentacle person isn't in this, but some of the creatures do have tentacley things that reach out: 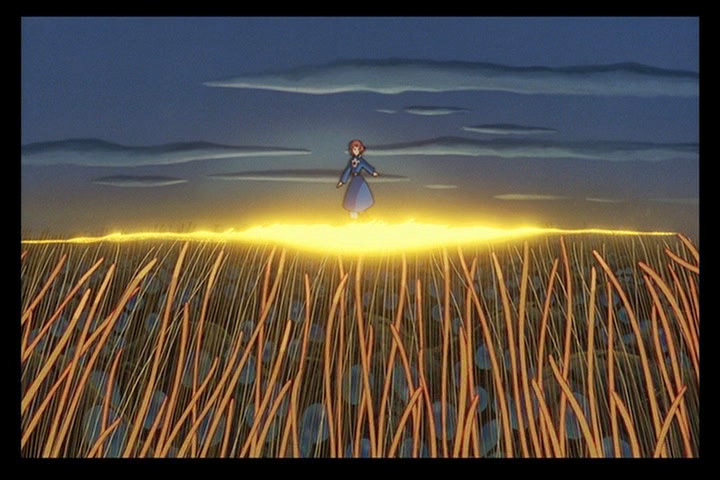 One thousand years have passed since the Seven Days of Fire, an apocalyptic war that destroyed civilization and created the vast Toxic Jungle,[Note 1] a poisonous forest swarming with giant mutant insects. In the kingdom of the Valley of the Wind, a prophecy predicts a saviour "clothed in blue robes, descending onto a golden field, to join bonds with the great earth and guide the people to the pure lands at last". Nausicaä, the princess of the Valley of the Wind, explores the jungle and communicates with its creatures, including the gigantic, armored trilobite-like creatures called Ohm.[Note 2] She hopes to understand the jungle and find a way for it and humans to co-exist.

Not the answer you're looking for? Browse other questions tagged a-tree-of-palme or ask your own question.