Reason for the change in the eye colour of Naruto

During the fight of Team Asuma and Kakashi vs Kakuzu and Hidan, Naruto eyes changed. It's like the Fox's eyes but still in blue.

This is before he mastered Kurama's, the Nine Tails, chakra.

When Kurama possesses him his eyes color would change to red, but during this fight his eyes were blue. Is there a explanation for this?

I don't think there is an accurate answer for this, but I think he might have been using the Kyuubi's, aka Kurama or Nine Tails, chakra without it taking control over him. He has done this a lot of times in other episodes, but his eyes turn red. What I mean by this is that every time Kyuubi lets Naruto take some of his chakra, Naruto's eyes turn red then (sometimes) Kyuubi's chakra start to surround him. This only happens when Naruto gets taken over by his emotions. Also notice that his whiskers get darker. 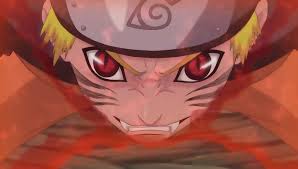 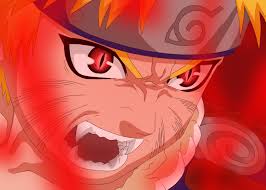 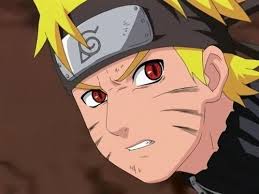 Also every time Kyuubi gets mad his eyes reflect on Naruto's. Kyuubi said this happened before when Naruto was in Sage Mode when he was talking with Nagato. He said that he was so mad some of his chakra "accidentally spilt", so his eyes were mixed in with the Sage Mode in Naruto's eyes. 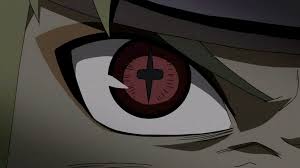 Before Obito put the other half of Kyuubi back in Naruto (during the war Naruto kinda died, but before that he got to tame Kyuubi), Naruto finished talking to Hagoromo, The Sage of Six Paths, and came back to life than he went to rescue Gui. When he did he turned around to see Madara. His eyes were in Sage Mode but had Kyuubi's eyes mixed in there. (Notice in the anime Naruto's eyes were not red but orange unlike when he was talking to Nagato.) 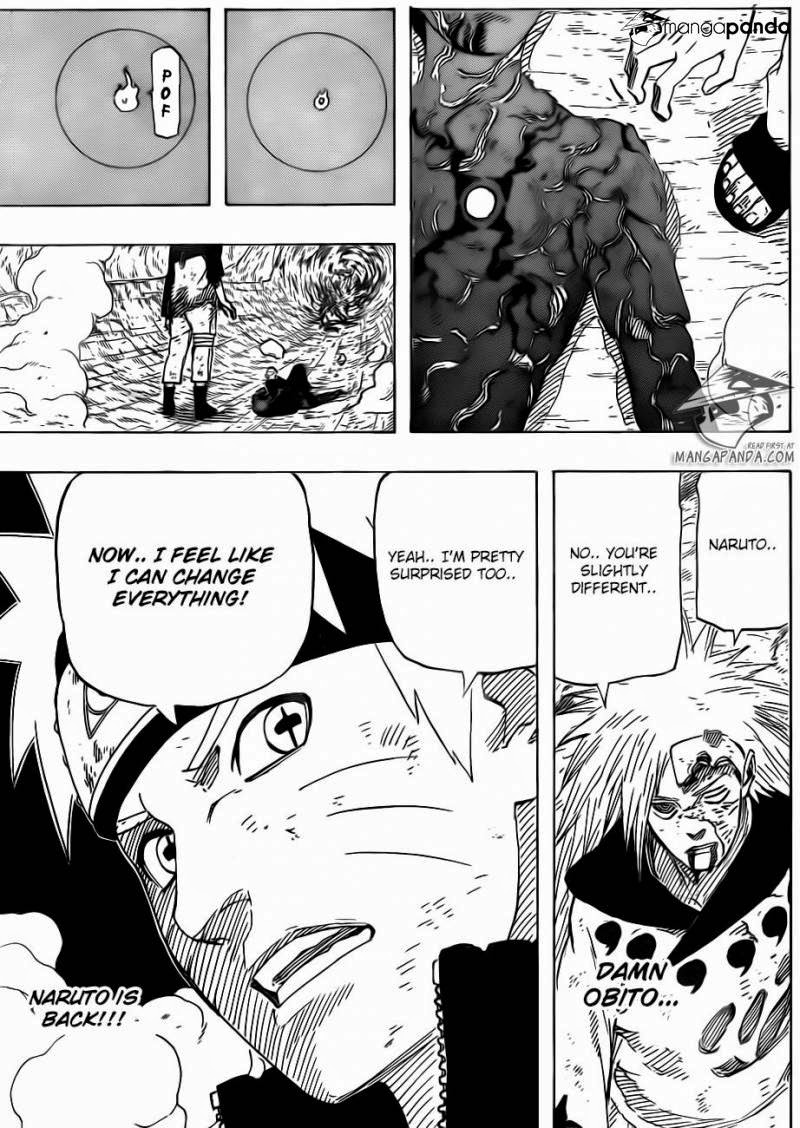 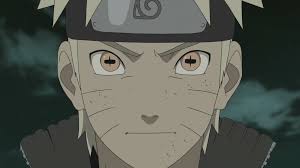 In Naruto: The Seventh Hokage and the Scarlet Spring one of the Shins staves Naruto in the stomach. That makes Kyuubi mad, but Naruto tells him to calm down. I'm not sure if his eyes turned red or not because of the manga only being black and white, but I'm going to say they did. 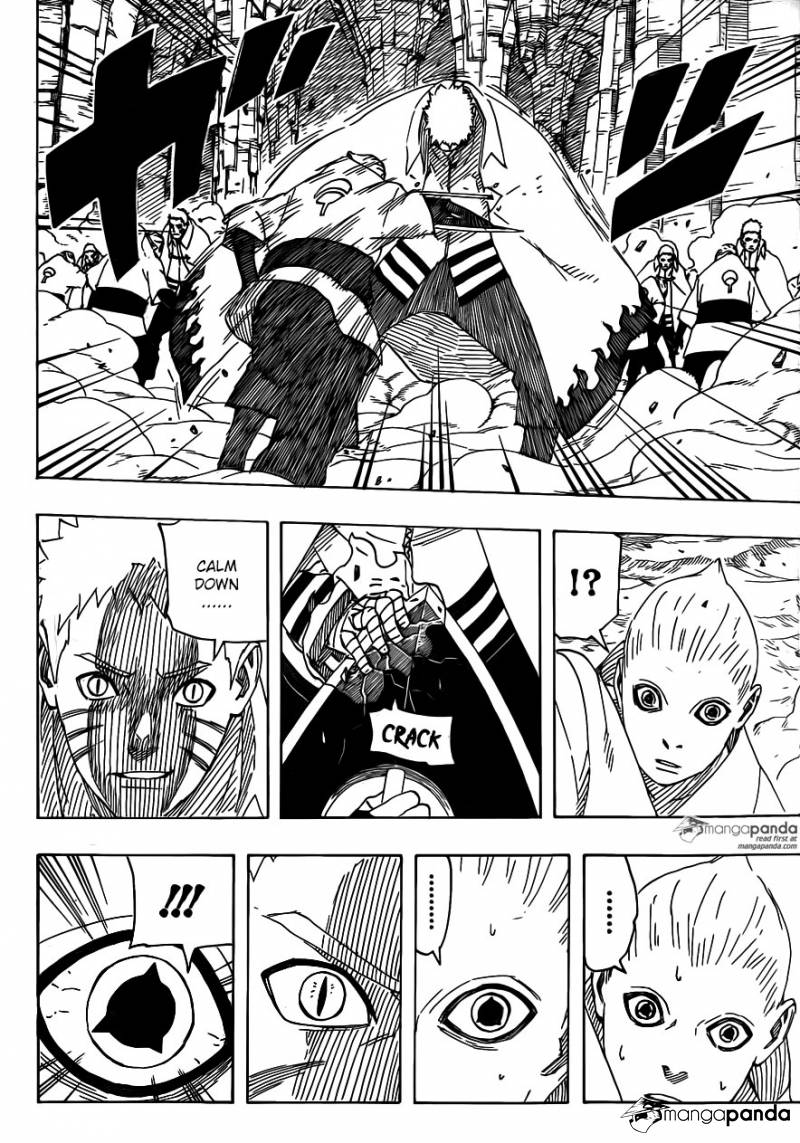 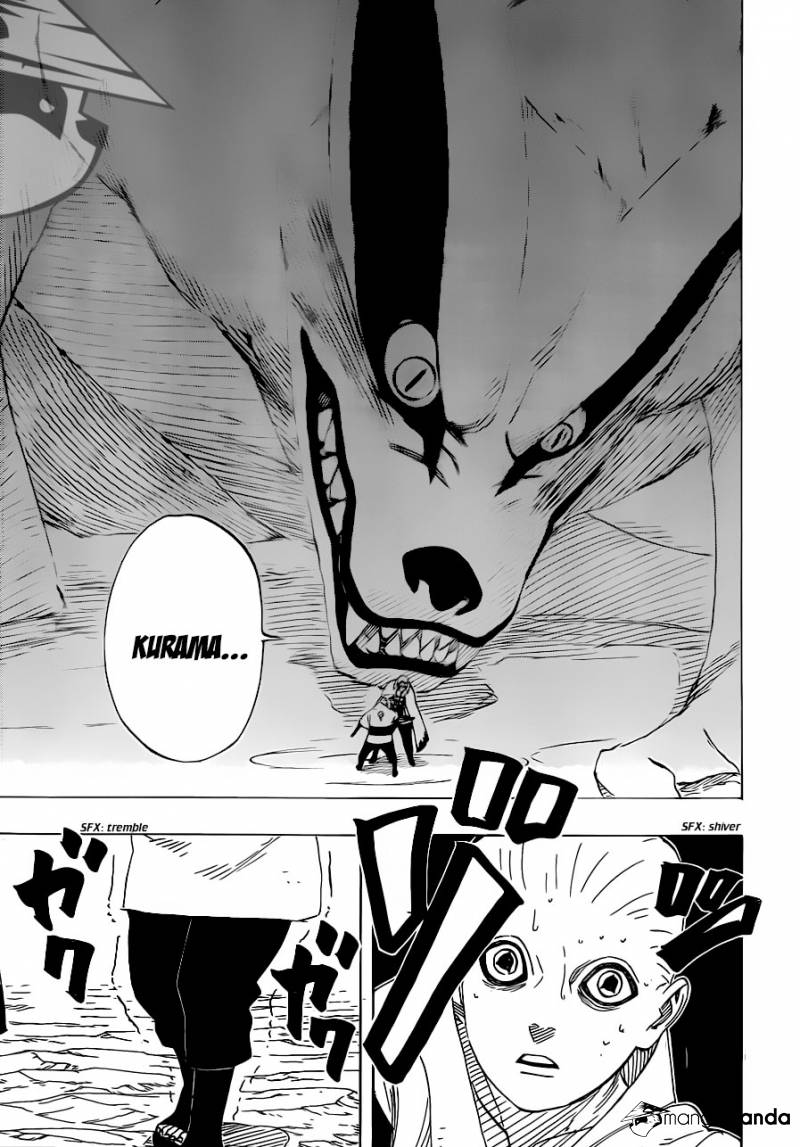 All of the information I gave says that Kyuubi gives Naruto some of his chakra which makes his eyes turn red, but when he was fighting Kakuzu and Hidan he didn't seem mad. But maybe like @Ayase Eri said in the comments the studio could have just messed up and put blue instead of red in his eyes, or they just didn't and it supposed to be like that.

CrystalCrystal
1
Add a comment  |
Highly active question. Earn 10 reputation (not counting the association bonus) in order to answer this question. The reputation requirement helps protect this question from spam and non-answer activity.

7
Does (Taju) Kage Bushin no Justu return the user his Chakra after he undoes this jutsu?
7
How was Nagato able to re-awaken and control the Rinnegan?
1
What is "Project Tsuki-no-Me" exactly?
4
Did Obito let Kakashi win?
2
The colour of Naruto‘s Rasengan
1
How does an Element based Chakra release work
3
Why didn't Naruto's Rasengan turn red when he got Kurama's one-tailed cloak against Sasuke?
2
Does White Zetsu even have any negative emotions?
3
Shouldn't Naruto be able to regain Kurama's chakra, and Sasuke, his Rinnegan?