I can't figure out what's going on at the end of episode 4 of the OVA. When Satoshi, Naomi and Ayumi finally preparing the ritual to go back to their own world, Satoshi told Naomi that he knows she took other person's paper scrap. Then, he gave her his paper scrap because he had Yuka's (his sister) one.

And then, at the final scene, they made it without Satoshi. What's wrong here? If they can't use other person's paper scrap, then why Naomi still alive? Wait, I guess they can use other person's paper scrap but can't use deceased one (like Satoshi use his dead sister's one)? If so, does Satoshi purposely sacrifice himself to let Naomi escape? It's confusing though, well, I watched the OVA but didn't played the game before. 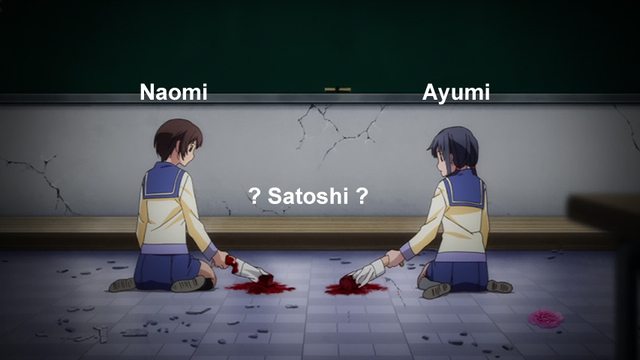 Finally found a screenshot of the other student's ID. 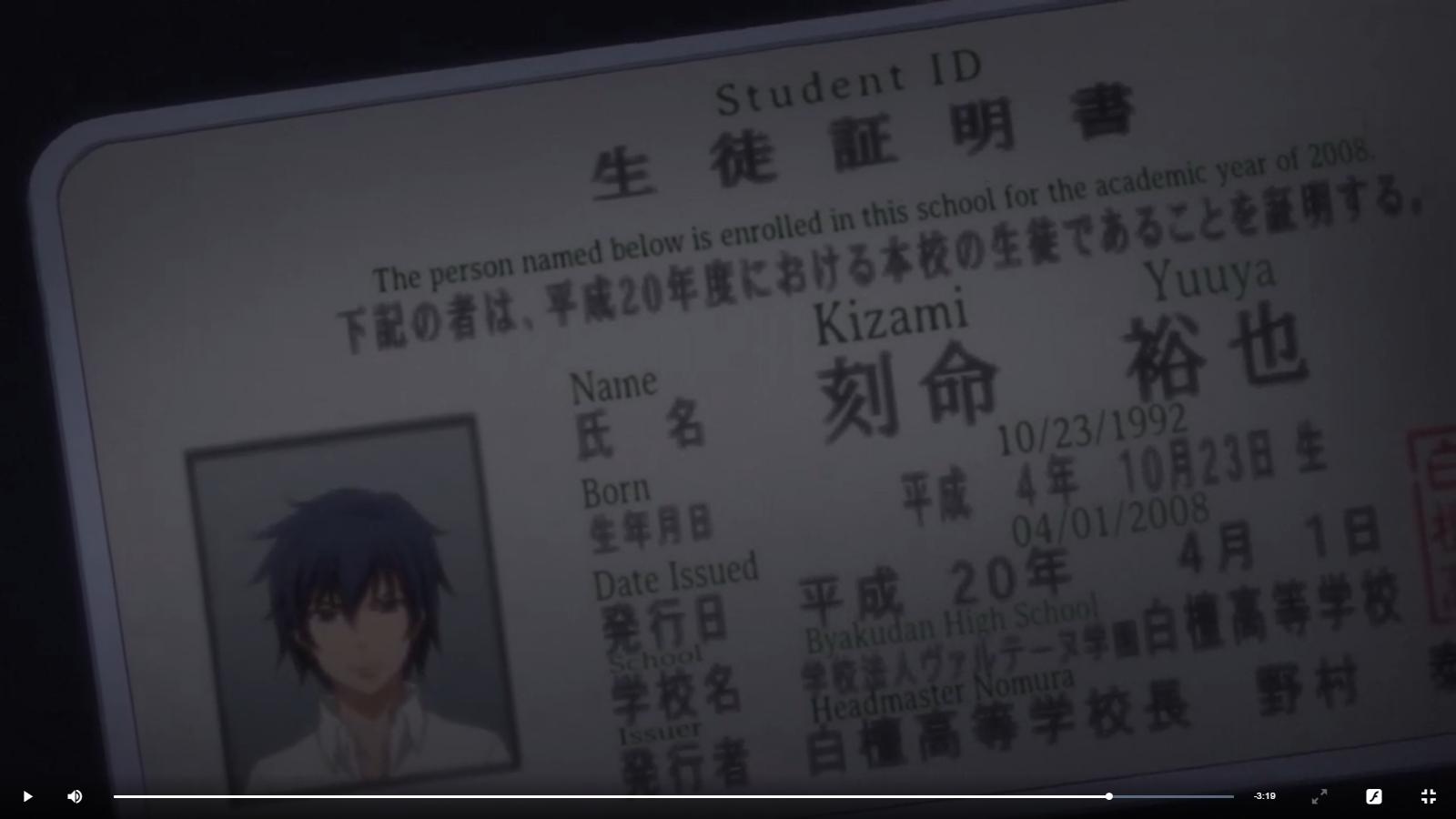 Satoshi was using Yuuya's scrap, not his sister's; this resulted in his death on trying to return to his world. This is due to Yuuya not being a part of the ritual that Class 2-9 held, so his scrap could not bring Satoshi back.

Recently finished this and after thinking about it for a while, I think Satoshi lied about the paper being his sister's.

If you go back and check, his sister didn't even participate in the ritual. And it was pretty weird that Satoshi gave Naomi his own paper instead of just giving her the extra charm. So the only explanation that makes sense is that Satoshi lied in order to bring Naomi Nakashima back safely while knowingly putting himself in jeopardy.

Satoshi gave Naomi his own charm to bring her back safely but maybe it wasn't such a selfless motive. He knew he couldn't live on in the real world again with the memory of his tortured little sister dying in his arms after stupidly leaving her behind alone with the girl with the red dress. We all saw the effect all of these memories had with Naomi, after she survived, she basically went insane.

(Note: In the Corpse Party game it's revealed that anyone that dies in the elementary school, memories of them are completely wiped out in the real world having them be completely forgotten by their loved ones)

Also worthy of noting, the ending when Naomi's mom is talking to her doctor about how Naomi keeps talking about "her friend" and how "she" doesn't exist brings us back to the scene of Naomi killing her best friend (Seiko Shinohara) while seemingly possessed. For Naomi, being one of the only survivors in her group of friends, and not to mention killing and watching her her best friend die drove her to insanity.

They can actually use someone else's scrap, as long as that person came to the school when they did. Satoshi gave Naomi his scrap and said he had Yuka's. Naomi lived because Satoshi came to the school with her. Satoshi, however, lied and sacrificed himself so Naomi could live. Satoshi actually used Yuuya's scrap. That is why at the end it showed his ID.

Pretty much this guys that he used was the guy who killed Yuka named Kizami Yuuya, so Satoshi was sent to Kiazami's school but since he was holding hands with Naomi and Ayumi they were sent to their school with his arms and the rest of Satoshi was sent to I think it was called Byakuden or something. He then died of blood loss.

Not the answer you're looking for? Browse other questions tagged corpse-party or ask your own question.

5
What is the proper reading order for the Corpse Party mangas?