Are there more Titan Shifters unknown as of now?

These two pictures are taken from Attack on Titan Chapter 77: 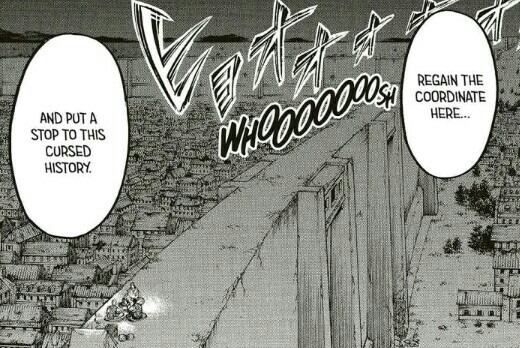 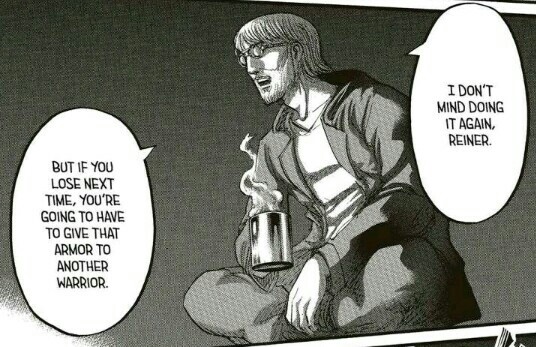 In the first picture, the Beast Titan says:

'...the coordinate from here'. Does this mean there are other colonies with people like those from the Reiss family who can control titans?

In the second picture, can we conclude that there are other titan shifters who fight against humanity?

To answer your first question,

Does this mean there are other colonies with people like those from the Reiss family who can control titans?

The reference being in chapter no. 50, Eren, while still in human form, used the power of the Coordinate to order titans to eat the Smiling Titan and attack the Armoured Titan.

In fact, any one can control the titans, as done by Eren, the royal family, using the coordinate, or by Zeke (beast titan), his method remaining unknown yet.

So, no, there doesn't need to be a colony with other people who know how to control the titans. But I won't be surprised if the mangaka came up with one.

For your second question,

Can we conclude that there are other titan shifters who fight against humanity?

We can say that there are certainly many titans fighting against humanity, many of them have a certain level of intelligence, as shown by the quadruped titan carrying the goods, informing Zeke, Reiner, and Bertolt of the Survey Corp's advance in chapter 77.

As of now, there isn't enough information to definitely end the question by saying that there are no more titan shifters, the reason being that they can create one at any moment by devouring one of the existent titan shifters. The list of known titan shifters can be seen here.

Edit 1: According to the latest chapters, chp nos. 86-89 to be precise, there can be a total of 9 Titan shifters with special powers, whose powers can be transferred from one person to another by consuming their nervous system. Out of those 9 powers (8 people), 6 people fight against humanity. The two people in humanity's favor are Eren (Attack Titan, Founding Titan) and Armin (Colossal Titan).

According to chapter 86 (major spoilers ahead),

Total of 9 shifters can exist simultaneously. At least seven of them can be enemies to "humanity" (not really correct word, according to recent info) at the moment. But controlling titans is also not really common ability. Eren has it, since most likely it is "ultimate titan control" ability, while Zeke has it due to heritage of royal blood.

For your first question,

Does this mean there are other colonies with people like those from the Reiss family who can control titans? The conversation you showed only implies that there is another colony (or colonies) outside of the Walls that aims to recover the Founding Titan. It does not immediately imply that said colony (or colonies) can control titans, only that they know of the Founding Titan and possibly its abilities.

Contrary to an earlier answer here, you need to be of royal blood to use the true power of the Founding Titan. In Chapter 106, it was mentioned that Eren was only able to use the Titan Control when his hand came into contact with the titan Dina Fritz. Not just anyone can control titans as the power is 'locked' unless the possessor is of royal blood or is in contact with a person of royal blood. Also, not just anyone can inherit the 9 titan-shifters as only Subjects of Ymir can be turned to titans via injection and possess or inherit them. Even if a titan-shifter dies, they are inherited by another person born after the previous possessor who must also be a Subject of Ymir, and not just by some random person.

For your second question,

Can we conclude that there are other titan shifters who fight against humanity? This matters depending on the perspective. Based on that conversation, you can only conclude that there are other people which seem to have the same objective and goal as Zeke and the other honorary Marleyans sent to recover the Founding Titan. For Marleyans, they see Eldians as a threat to humanity because of the suffering they experience in the past under the Eldian empire, hence there desire to take away the titan-shifter powers from them. For Eldians, they see Marley as a threat to humanity because of how they keep on trying to kidnap Eren, their biggest hope in fighting back against the titans. Are they really fighting for humanity or are they just fighting for their own survival?

9
What happens to a Titan Shifter if they die without being eaten?
3
Why does Grisha Yeager have to love someone?

3
Attack on titan chapter 79: possible flaw?
1
How many of the members of the 104th corps are titan shifters?
1
If the Beast titan has similar powers to the founding titan, why do they need the founding titan so desperately?
1
How many titan shifters can harden their skin?
5
Is “Attack on Titan” taking place in the past or in the future?
3
Can humans be cut out of all Titans?
1
Why Willy Tybur claimed Eren could attack using the colossus Titans in the walls, if supposedly Eren can't control that ability?
1
How can Titan Shifters with multiple forms control which form they transform into?
0
Attack Titan holders