What are the original sculptures of the Sekko Boys?

In the anime Sekko Boys, the members of the idol group at the center of the show are all sculpture busts: 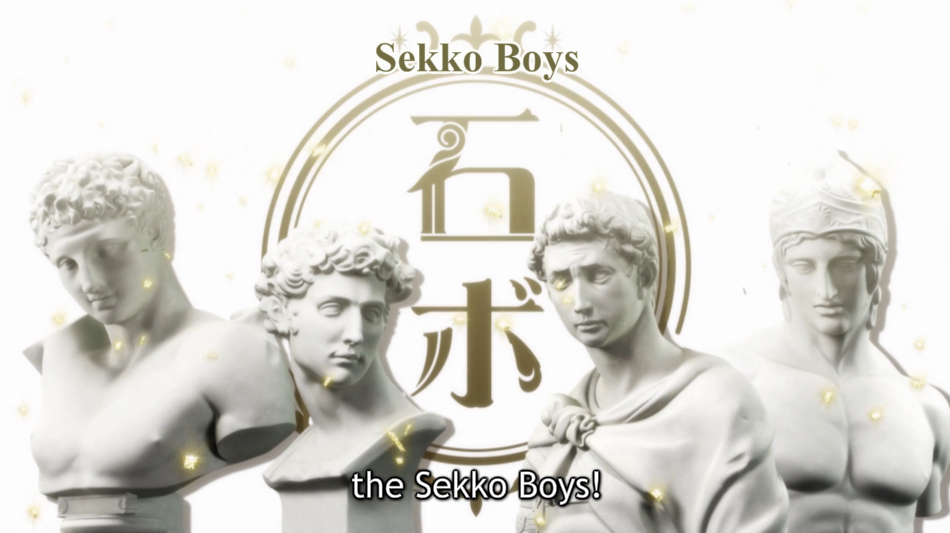 Where exactly in the real world do those busts come from though? 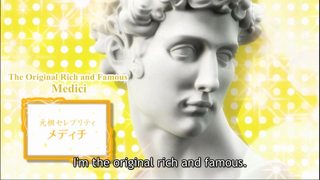 Michelangelo and the Medici

Michelangelo, had a complicated relationship with the Medici, an Italian noble family of prominence in the 14-18th centuries. The House of Medici rose to prominence as Florence's preeminent bankers, amassing a fortune to be used for patronage of the arts.

You can see this sculpture in the Medici Chapel, San Lorenzo, Florence. 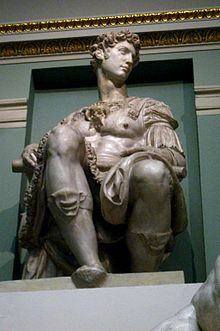 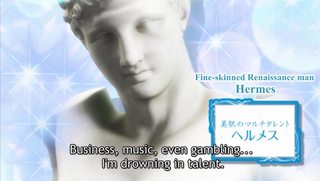 This statue is a bust of Hermes and the Infant Dionysus. Dionysus was the Greek god of wine and theatre

Hermes is considered a god of transitions and boundaries. He is described as quick and cunning, moving freely between the worlds of the mortal and divine. He is also portrayed as an emissary and messenger of the gods: an intercessor between mortals and the divine, and conductor of souls into the afterlife. He has been viewed as the protector and patron of herdsmen, thieves, oratory and wit, literature and poetry, athletics and sports, invention and trade, roads, boundaries and travellers.

You can see this sculpture at the Archaeological Museum of Olympia, Elis. 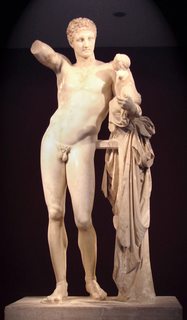 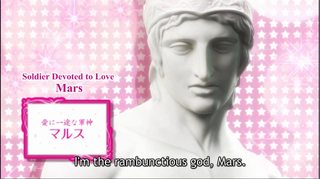 Mars is a Roman god, who is thought to be an adaption of Ares - the Greek god of war. This bust is from the statue Ares Borghese and it can be seen in the Louvre, Paris. 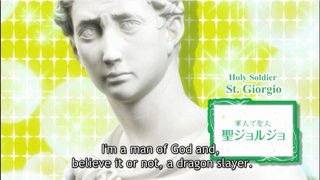 Know as St. George in English, he is a christian soldier who, according to legend, leashed a dragon and slew it in front of the townspeople after they swore to baptize themselves.

Donatello's St. George Sculpture can be found in Orsanmichele, Florence.

Not the answer you're looking for? Browse other questions tagged sekko-boys or ask your own question.

1
What statues are Dandy2Men based off of?

1
What statues are Dandy2Men based off of?