What are these type of eyes called (see red hair girl on the left in image)?

I'm referring to characters whose eyes are constantly like that (Red hair girl in the picture) and don't change for a brief moment as a depiction of disappointment, most of these characters talk really slow and quietly. Examples include Tooru from A-channel, Renge from non non biyori, Chihaya Megumi from servant X service some of the common traits of the aforementioned characters is the monotonous way of talking and that they nearly never smile 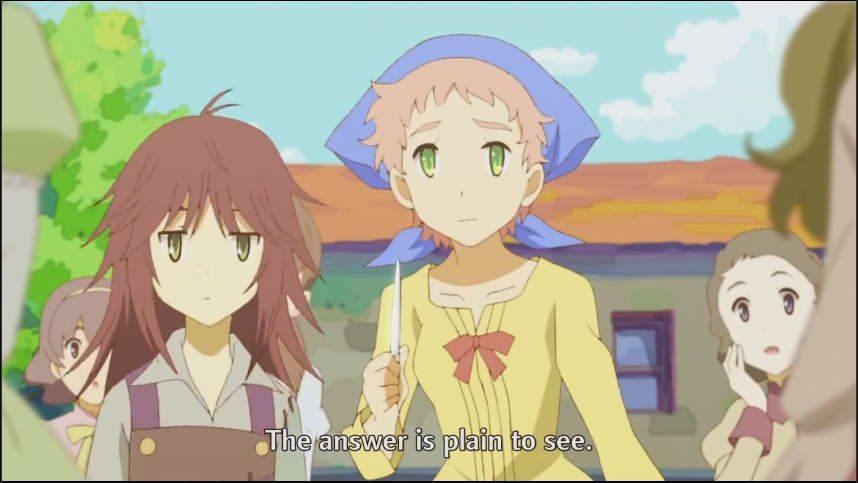 "Hanmoku" (半目, half[-closed] eyes) is drawn the same way or similarly to "jitome" (ジト目, staring eyes), but is not identical in intent. "Jitome" is a facial expression where the person expresses negative feelings, which are mainly from among, but not limited to, the following: contempt/scorn, disbelief, distaste, resistance, appalled/scandalized (you can see Google's image search results for "jitome" here). The difference between "hanmoku" and "jitome" is that "hanmoku" is used for characters who always have eyes drawn in this way regardless of whether or not they harbor any negative feelings at the moment. Ichijō from Pani Poni and Hiiragi from Hanamaru Yōchien are examples of "hanmoku" characters. Also, if you do a Google image search for "hanmoku", you find that, outside of anime, the word is used simply to describe having one's eyes half-closed for whatever reason (such as being half-asleep or not ready to be photographed).

"Hosome" (細目) is similar to "hanmoku," but is a squinting that can be applied to anime characters whose eyes always look closed even when the plot clearly portrays that their eyes are open and they are able to see just fine.

The word "jitome" is derived from the onomatopoeia "jito" (じと), which means to "stare hard at." "Jitto" (じっと) is a similar word meaning to "stare without moving" or more generally "remain motionless" or do something "fixedly." "Jitome" has been used at least since 1978, where it was used in the screenplay for the film 9-gatsu no Sora (『 九月の空 』), in which a parenthetical remark directed the actor to "jitome de mite" （ジト目で見て）. The script was published in 1979. In the 1980s, the word appeared in the shoujo light novel Oka no Ie no Mickey (『 丘の家のミッキー』) by Kumi Saori, published by Shuueisha's Bunko Cobalt Series.

Unlike tsurime or tareme, (which are traits particular characters have,) it's more of a facial expression.

Since I can't comment yet... adding to puzzlet's answer:

Jitome is "when the top of the eye is drawn with a flat line perpendicular to the rest of the eye. Used to effect a bored, expressionless, or scornful face."

This effect is frequently used with background characters that don't move or really add much except scenery to the current narrative, as the expression is usually neutral and doesn't influence the scene much. In the particular example you used I'd say it's being used to show mild disbelief and/or disinterest. If the character is always drawn that way, it's more of a personality trait of always showing disinterest in the world and what's happening around them. Basically they're stand-offish or non-sociable.

See this wiki entry on an NSFW (the link itself is safe, just don't wander too far) site for more examples: https://danbooru.donmai.us/wiki_pages/27181

18
What is the tradition behind having magic come from eyes?
17
What is the triangle-shaped headband these characters wear?
9
Why are the eyes in front of the hair?
2
What are these designs based on?
8
What are the blue downward lines in used to symbolize depression or sadness called?
25
What are the squinting faces (>_<, >o<, >△<, etc.) called?
4
Is there a name for when characters eyes are hidden from the shot when emotional?
1
What are these rhombus/triangles around the neck?
4
Why are there red strings around the MCs' body parts in some anime?