Why does Kakashi Hatake always wear a mask?

Since his childhood as depicted in manga/anime, Kakashi always wore a cloth mask covering his face, making only eye(s) and a portion of forehead visible.

What was the reason for this?

I have collected a few reasons, which are actually assumptions..

Though all the above reasons aren't really valid now (in both the anime and manga), Kakashi still wears mask, for which the reason is unknown.

In an interview the question, "Why does Kakashi wear a mask?" was asked. Kishimoto's reply was that he saw ninjas as being "mysterious" or something, so in his character design he made Kakashi wear a mask, but he didn't do that with other characters because it's too difficult to get their expressions down when you can't see their entire face.

In the Rock Lee spinoff manga and anime, Kakashi says he wears a mask because when he reads ecchi ecchi paradise, he has nose bleeds :)

I've been wondering this myself, and I've watched enough Naruto to make formulate a pretty well-thought out guess.

Kakashi has always worn the mask, before even joining the ANBU and all the tragedy in his life. I believe that his father wanted him to be in the ANBU and started fundamental training for it at a young age, like hiding your emotions with a mask.

At first it was probably nothing to serious, just a regular mask. But he didn't start to wear it "religiously" until his father's death, maybe it is the only thing left to remember his father, or possibly to just honor him by wearing the mask he gave him. Or I could be totally wrong.

I speculate that the mask has a connection to his father because he would have had no reason to wear it in the first place. it would make sense if he had started to wear the mask in his teenage years after the death of his father, Minato, Obito and Rin to mask his pain and emotions, and to represent his stone cold stature. But he wore the mask since a young child before any pain entered his life, so it leads me to believe the mask could only have to do with something between him and his father, perhaps because of influences of the ANBU , or history of Sakumo (kakashi's father), or out of sheer honor, or maybe something completely different, that's just my observation.

Only time will really tell.

I think Kakashi wore a mask as a little boy because his dad, Sakumo, made him. What I mean by this is that Sakumo was pretty famous as a ninja and almost everyone knew him, as a result of that he was afraid someone was going to hurt his kid to get revenge or something. So he wanted to protect Kakashi by making him wear a mask every time they got out of their house like that no one would know how his face looked like. Also he trained him like that he would be strong incase he was not going to be there to protect him.

I think this because we already know Kakashi never had his mom as a little kid nor he remembers seeing her. That means she had to die when he was born or when he was just months of being born (or maybe she just left, but that is not my point). Since she died, Sakumo did not want to loose another person he loved, so he made Kakashi wear a mask.

Than after Sakumo died Kakashi felt ashamed of his father, so he decided to keep wearing the mask like that noone would know he was Sakumo's kid. But still some people knew because of his hair. Than latter on Lady Chio mistook him for his dad, somehow.

Also he is pretty handsome (shown in the picture below), so I don't think he wore a mask to hide his face because he was soo ugly. Because he's not. 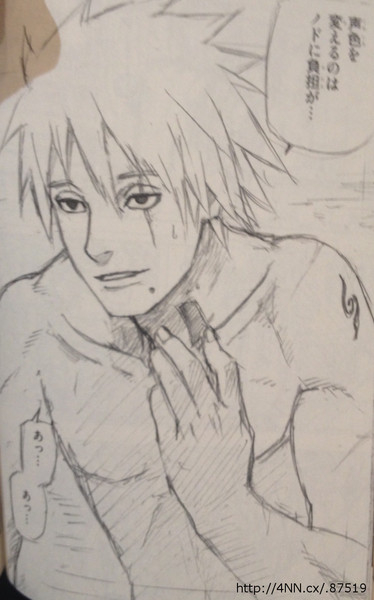 12
When did Kakashi and Obito awaken their Mangekyou Sharingan?
12
How can Madara use Susanoo without any eyes?
15
Why did Kakashi kill Rin?
3
Do we know how old Kakashi is?
3
How was Kakashi Hatake able to survive and become the next Hokage after losing his Sharingan?
12
Why didn't Kakashi take care of Naruto?
7
Why did Obito spare Kakashi?
2
Why is Boruto's Dojutsu different?
3
Why was Kisame surprised when he saw Obito (Tobi/fake Madara) without the mask the second time they've met in person?
2
If there are thousands of ninjas in Konoha, why was Tsunade always short of ninjas for the missions in the anime?