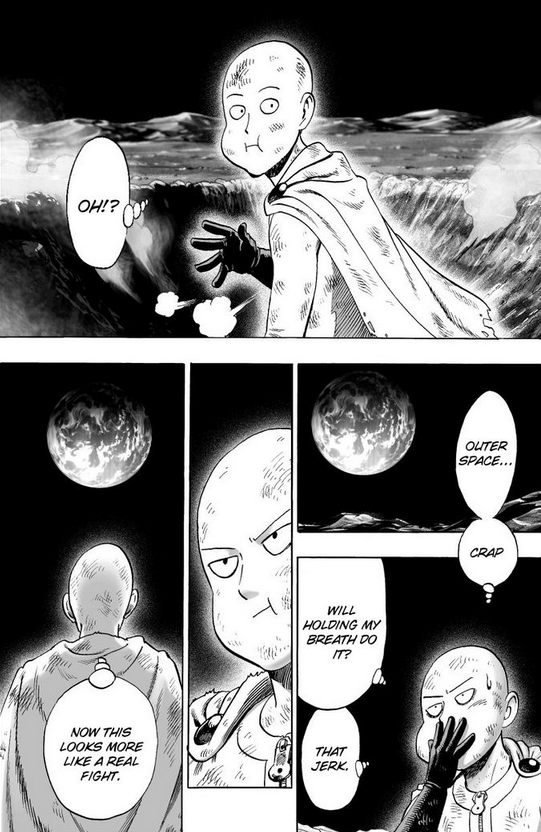 No he can't. He had to hold his breath while in the moon. That means no. However he can travel through space without external help. He got shot to the moon and he got back without a rocket. His durability and endurance is enough for that.

1
Do Saitama and Garou have superhuman hold breathing capabilities, or no need for air at all?

24
Does Saitama still continue his training?
4
Why exactly is Saitama a hero?
4
Saitama source of income
3
Does Saitama have enhanced senses?
0
Why would Saitama choose this path?
5
What is the source of superpowers in the One-Punch Man universe?
5
Do Mob and Saitama live in the same universe?
1
Can someone explain why Garou made Saitama do this in chapter 168 of the manga?