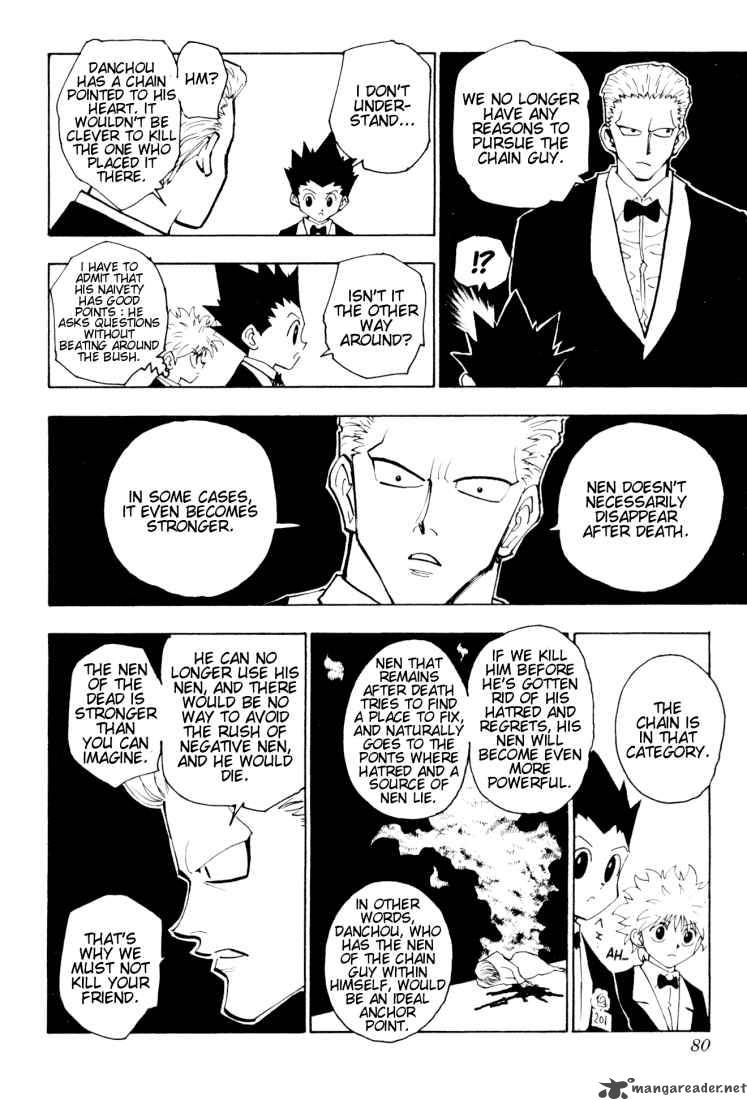 8
Does Killua have a crush on Gon?
6
Why does Killua get upset when Gon says “being weak is so painful” in manga chapter 214?
5
Why do Killua and Gon pretend not to know Hisoka in episode 50?
3
Why didn't Kurapika manipulate Uvo to tell him all the information about the Phantom Troupe?
3
What card game is being played by The Phantom Troupe?
2
How did Gon and Killua know they were being spied on when entering Greed Island?
0
Did someone replace Uvogin in the Phantom Troupe?
3
Why did Bisky ask Killua to leave Gon?
0
Why didn't the Zoldyck teach Killua Nen