In which episode of the F/SN Unlimited Blade Works anime do we see Illya's body Command Seals?

I'm looking for a scene like this? What episode, and extra credit for timings as well. Thanks. 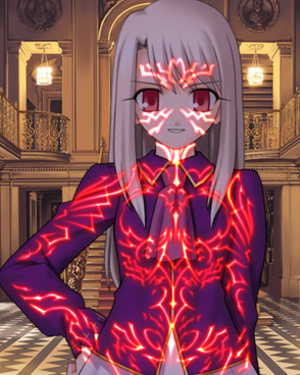 The picture you have provided has the art style of a game/visual novel and not that of an anime, especially the background.

This is because the scene is not shown in the anime adaptation of Fate/Stay Night: Unlimited Blade Works, or any of the other anime adaptations of the Fate series, but is from the Visual Novel's First Route: Fate.

Here is a picture of her Magic Circuits without the background along with some information about it: 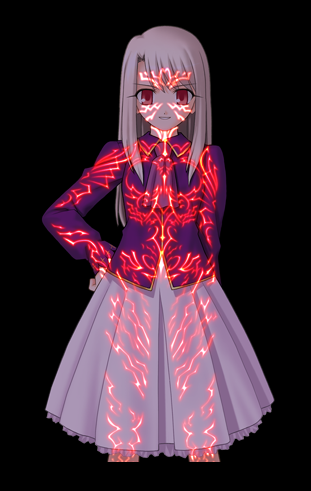 Illya has unsurpassed potential as a Master amongst all Masters past and present. 70% of her body is composed of Magic Circuits. They are also her Command Spell and show themselves as a red pattern all over her body when she generates magical energy.Source