What happened to people with other skin colors?

In Attack on Titan, we know what happened to many people:

But what happened to people with different skin colors, e.g. black?

Did they turn into Caucasian Titans? Or were they simply killed?

This question cannot be answered with canonical information, since it is about a work in progress and the origin story is still shrouded in mystery.

But there are several assumptions you are making:

So, assuming there are a ethnical pallete in the world of Attack on Titan as broad as our Earth, several hypothesis can be raised:

The first king hand-picked the chosen ones for his walled kindom. He might have intentionally left out the undesirables, as is shown that there is a heavy ethnical bias in place.

Just as Asians display special characteristics (as do other ethical groups) maybe Africans had some anti-titanification powers or were immune to the Directive.

But your guess is as good as mine. See the disclaimer on top.

As it is known from on-going manga, starting from Ch. 86

Events prior to this chapter were unfolding on Paradise island. Most inhabitants of Paradise island are Eldians, and only Eldians may turn to titans.

So it is fairly logical, that we can't see people of other races, or "Caucasian titans". Which also means, that

Mikasa and Levi could not be turned into titans.

Africans are in Europe and Europeans are in Africa because the world is flipped turned upside down, and the series takes place on Madagascar Island.

There is a black character introduced in Chapter 106 after it is revealed that:

The black character, Onyankopon's country was taken over by Marley and he was forcefully conscripted into the army, with the implication that his country was farther to the south in the tropics. Paradis Island is homogeneous to Madagascar and Marley is homogeneous to South Africa. He seems to be from Attack on Titan's version of Europe or North Africa. 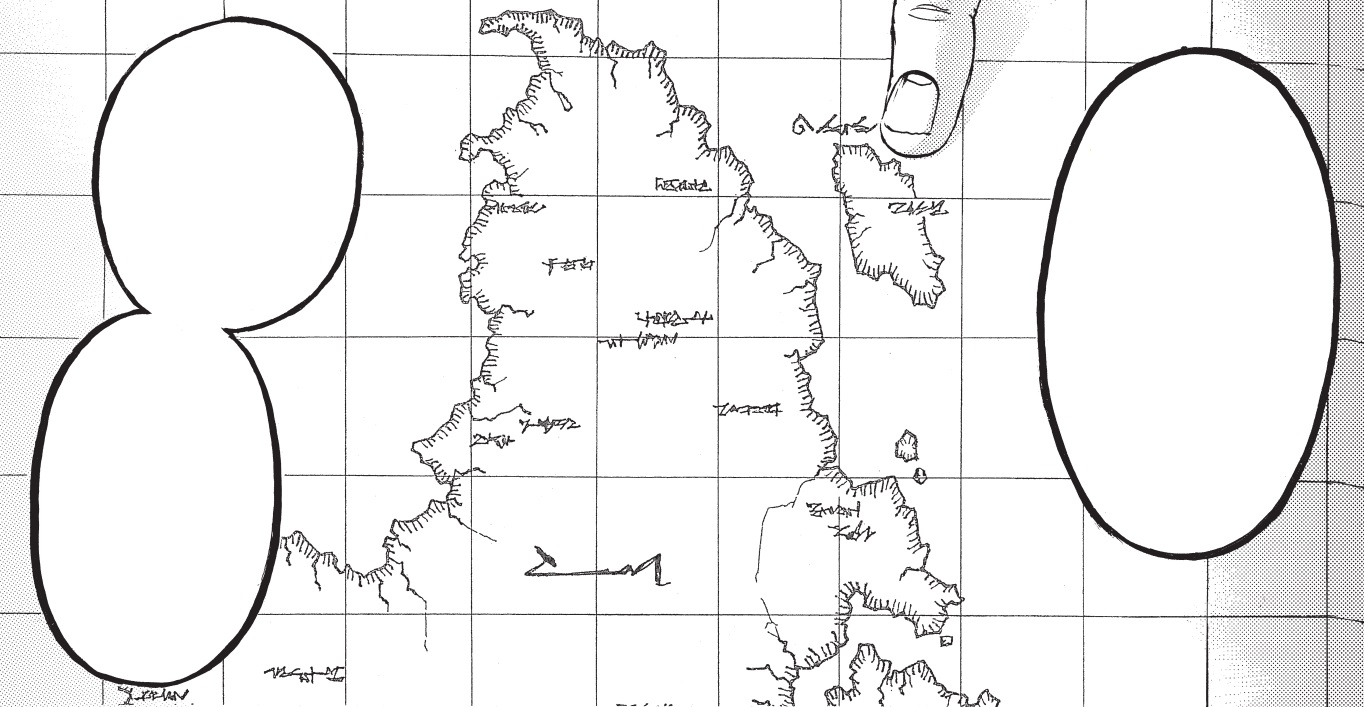 64
When and where does Attack on Titan take place?

25
How did humans learn how to kill Titans?
3
How does Ymir turn back into her human form?
0
How was wall Rose breached in season 2 of Attack on Titan?
5
What happened to the Titans after the Survey Corps left the walls?
0
Subjects of Ymir and pure titans
2
Why did the Survey Corps search along the wall instead of on top of the wall to find a hole in the wall?
1
What was the purpose of turning Eldians into titans in the anime season 2?
1
How can Titan Shifters with multiple forms control which form they transform into?
2
How did Reiner escape the ODM inspection?