Was there truly no magic in Sword Art Online?

In the first episode, when Kirito was showing Klein the ropes of combat, the conversation goes

Kirito: However, there is no magic.

Klein: An RPG without magic? That is a bold decision.

However later on in the show, Kirito visits Lizbeth's shop in Temperature of the Heart.. Kirito is in shop for another sword, and shows Lizbeth his Elucidator.

An Elucidator! This is the gnarliest magic sword a person can get from a monster drop.

If magic did not exist, how would there be a magic sword?

In SAO, there are no magical spells that players can cast. However, according to the light novel, SAO does have some magical items and aspects. Some of these items include gems which players could use to instantly teleport, heal or recover from poison. There is also the Divine Stone of Returning Soul that revives a fallen player. 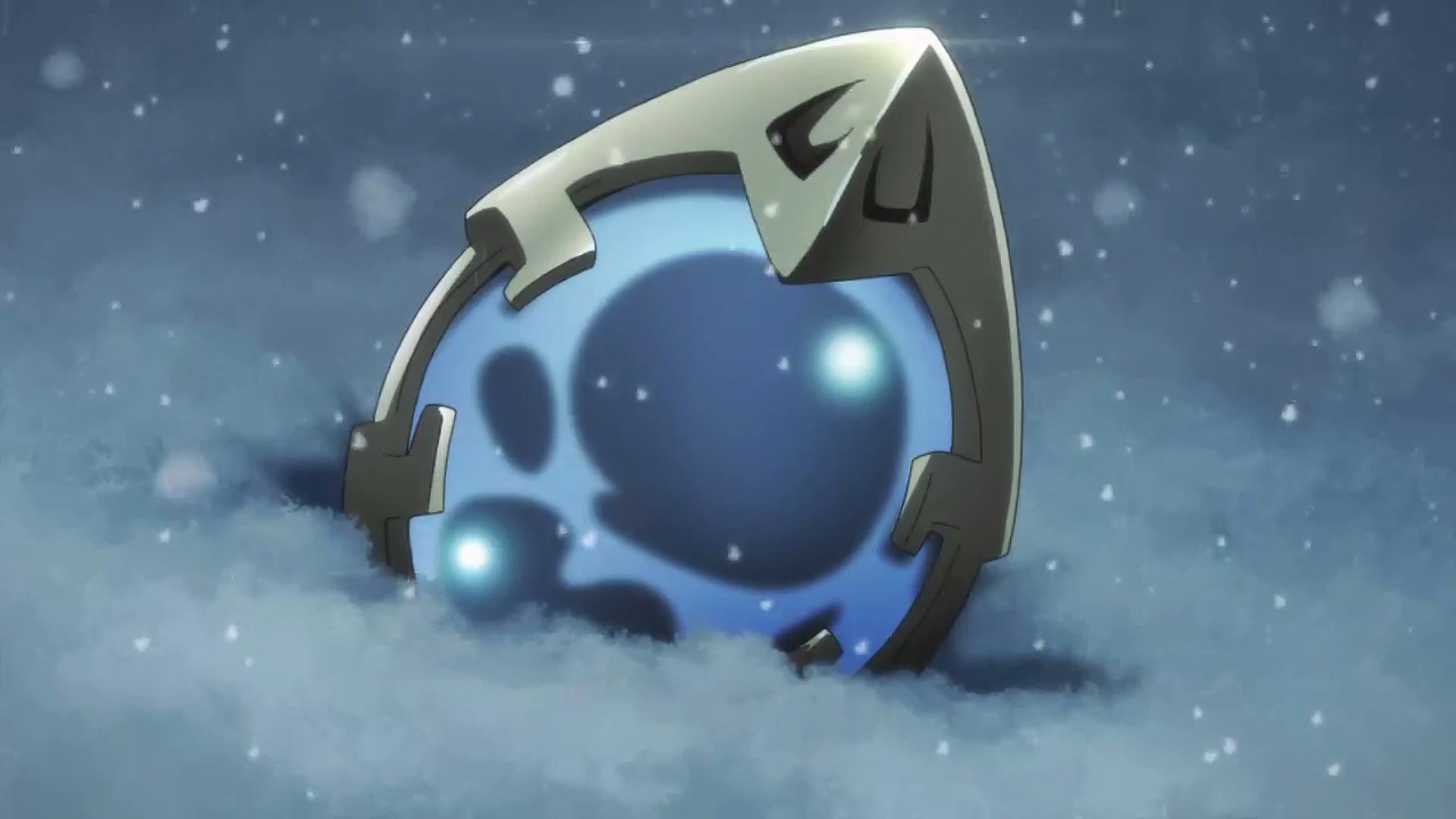 This text and the following quotes are taken from the second volume of the light novel.

The few magic items in this world where had been excluded were all shaped like gems. Blue was for instant teleportation, pink for recovering HP, green for antidotes, and so on. They were all convenient items that produced instant effects, but they were also expensive. So in most cases people used cheaper items such as slow-acting potions after running away from a fight

Certain parts of the game could also be considered magical such as the teleportation gates used to move between floors, and the alters found in churches. These altars would allow a player to bless their weapons when facing undead opponents. Also, if a player was cursed they could use the altar to remove the debuff.

It was the unmistakable mark of a church, of which at least one exists in every town. And through the altar inside, tasks such as removing the attack unique to monsters, «Curse», and the blessing of weapons to go up against undead monsters with, were possible. In SAO, where magic-based components barely exist, it could be considered a most mysterious place.

As for Elucidator, the light novel describes this as a demon sword, not a magic sword. However, both the English sub and dub refer to it as a magic sword. As discussed in the comments, I believe this is an error in translation. So there are no magical weapons in SAO, but they do seem to have other forms of magic. 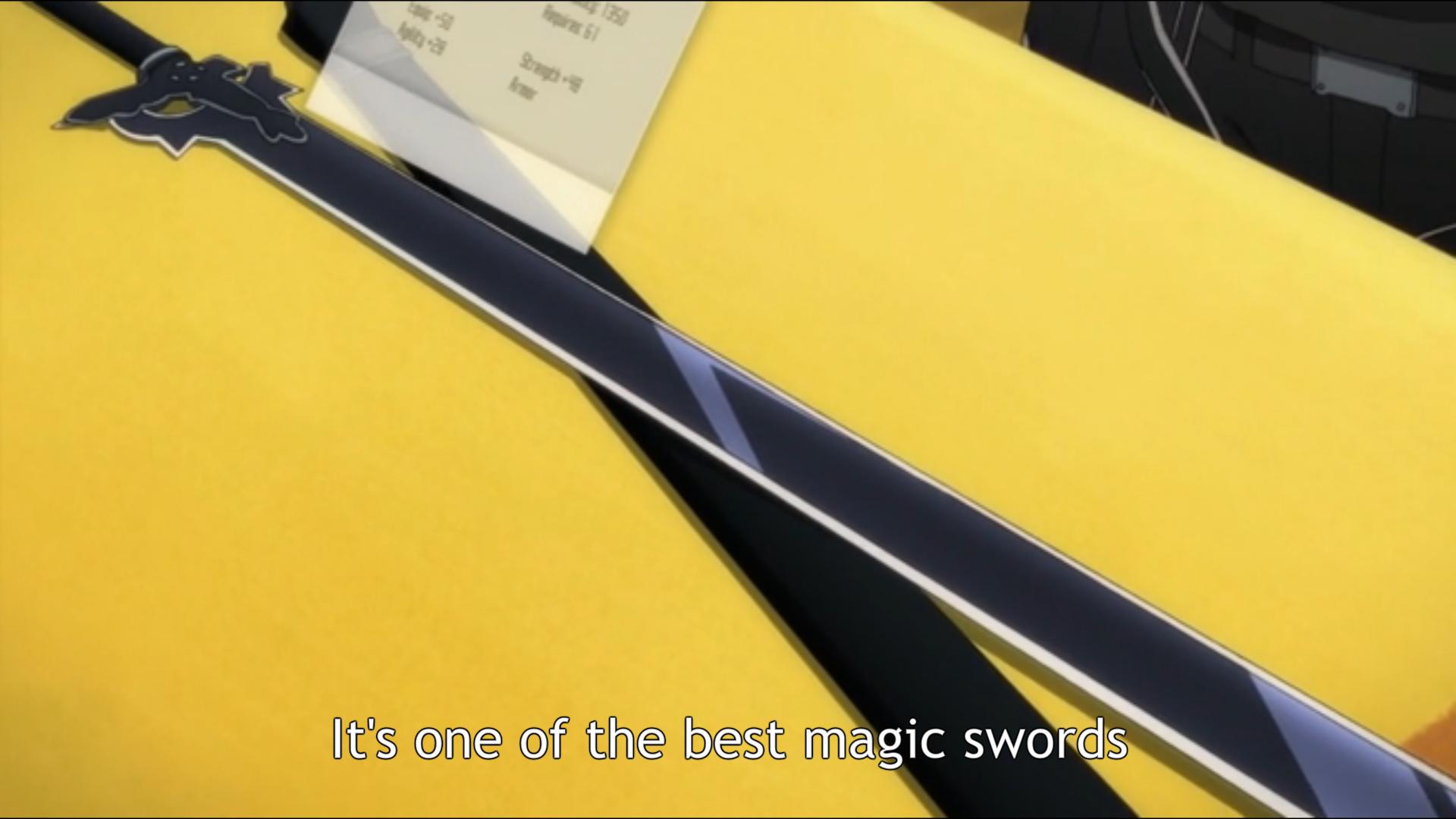 One is «Player made», which meant weapons made by us blacksmiths. The other included weapons that one gained from adventuring as «Monster drops». Needless to say, blacksmiths don't like drop weapons all that much. I couldn't even begin to count all the names like 'Unnamed' or 'No brand' that were given to them. But this sword seemed to be a very rare item amongst monster drops. If you compared the average quality of player-made weapons and monster drops, the former was better. But once in a while, «Demon Swords» such as this one appeared— that was what I heard.

You misunderstood the context of Klein and Kirito's conversation. The line directly preceding what you quoted is very illuminating.

Kirito: I've heard there are an unlimited number of skills. However, there is no magic.
Klein: An RPG without magic? That's a pretty bold decision.
Kirito: Isn't it more fun to move your body as you fight?

Since the conversation is about sword skills, Kirito is undoubtedly referring to magic spells, such as those that can be cast in Alfheim Online for such effects as healing and illusion. He doesn't mean that no magic exists in the world of Sword Art Online, just that there are no magic spells that players can use. As such, the existence of a sword classified as "magic" does not break this rule. Though since it has been noted that the magic sword may have just been translated wrong, I'll note a few other magic things in Sword Art Online: The floating castle, certain monsters, Silica's dragon, and the revival item may all be classified as magic.

There is indeed no magic in Sword Art Online.

In your question, you're misunderstanding something important. Lizbeth doesn't say that. She says that, "out of all monsters drops, this sword is good enough to be considered in a maken (魔剣 cursed sword) class." which is like saying the sword is in a class of its own. She doesn't say anything about magic.