In the ED, we see each character (that appears in the show) is connected by (the proximity of) a hand.

Right as the ED of Carnival Phantasm ends, we see Saber extending her hand to someone, but we never see who that person is.

Was the identity of this hand ever revealed? If so, who is it?

That arm could be the arm of Kiritsugu Emiya. In the picture the characters are connected to thier masters. The masters of Saber would be Shirou Emiya and Kiritsugu Emiya.

It could also be the arm of Irisviel van Einzbern, who wasn't the real master of Saber but some sort of stand-in, while Kiritsugu was doing his dirty work.

However, it credits a Pixiv user so chances are that it ain't official. Nevertheless, there are some bases for such an assumption: 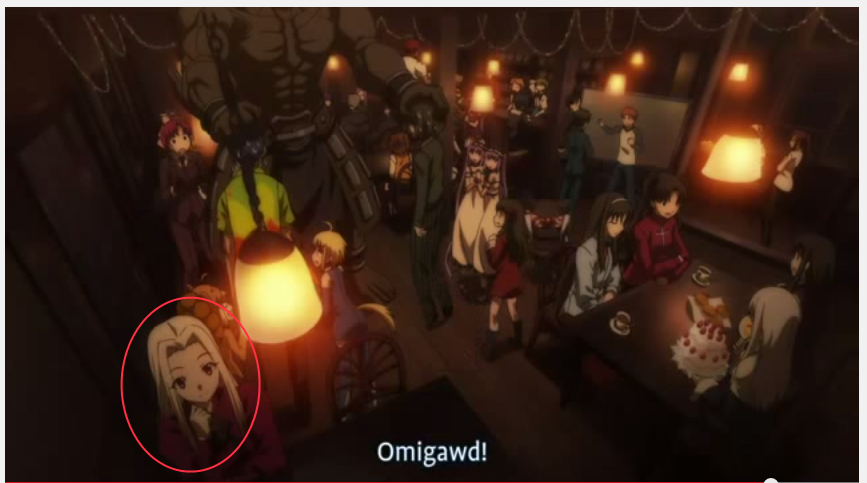 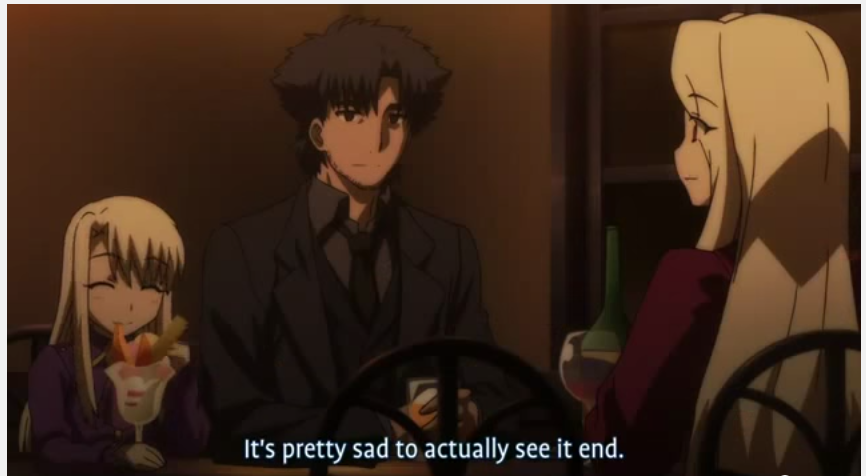 So it stands to reason that Irisviel is the most likely candidate.

This is an interesting question, but without an official source to confirm the answers, they can only remain as speculations.

If you pay attention to the forearm of the hidden character, it is not covered in sleeves, nor is it decorated with anything, like a wrist band, so Kiritsugu is out. Saber's friendly gesture towards the unknown person shows a moderately close affinity between them, so again it can't be Kiritsugu because Saber dislikes him and would have shown an anxious face like Bazett's if it's his hand that is reaching out to her. While Irisviel von Einzbern fits all these bills and is indeed a very likely candidate, the size of the hand seems to be slightly larger than that of Saber and about equal to that of Shirou, which suggests a hand of a delicate man over a hand of a delicate woman.

I think Saber is extending her hand to her male archetype counterpart: Prototype Saber from Fate/Prototype, which was released as a twelve minute anime segment released with Season 3 of Carnival Phantasm. 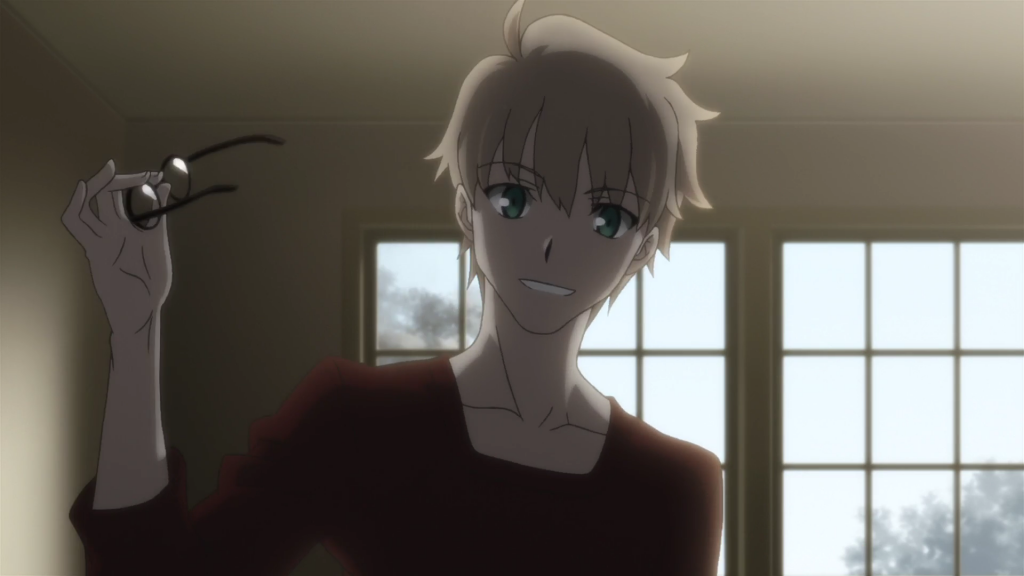 It makes sense to reveal only the hand because we don't even know of the existence of Prototype Saber until after Ayaka Sajou has called Ahnenerbe in the final segment of the last episode, so the hand serves as a good lead-in to Fate/Prototype.

Not the answer you're looking for? Browse other questions tagged fate-stay-night tsukihime carnival-phantasm or ask your own question.

10
Who are some of the Koha-Ace characters in the ED?
12
Who killed Lancer?
6
What convinced Saber to destroy the Holy Grail in the Unlimited Blade Works movie?
10
Did Saber recognize Illyasviel in Fate/Stay Night?
11
Why does Gilgamesh's casual appearance look different in different routes?
9
Is it possible for one Master to have multiple Servants?
6
How did Saber become more linked to lions than dragons?
2
How does Saber's summoning to the Fifth Grail War work?
2
Who is the person that Rin saw doing high jump?