Why is Dimension W negative X?

When they are explaining Dimension W, it is represented as the negative side of the X axis. Why is Dimension W negative X? Is it not really it's own dimension? 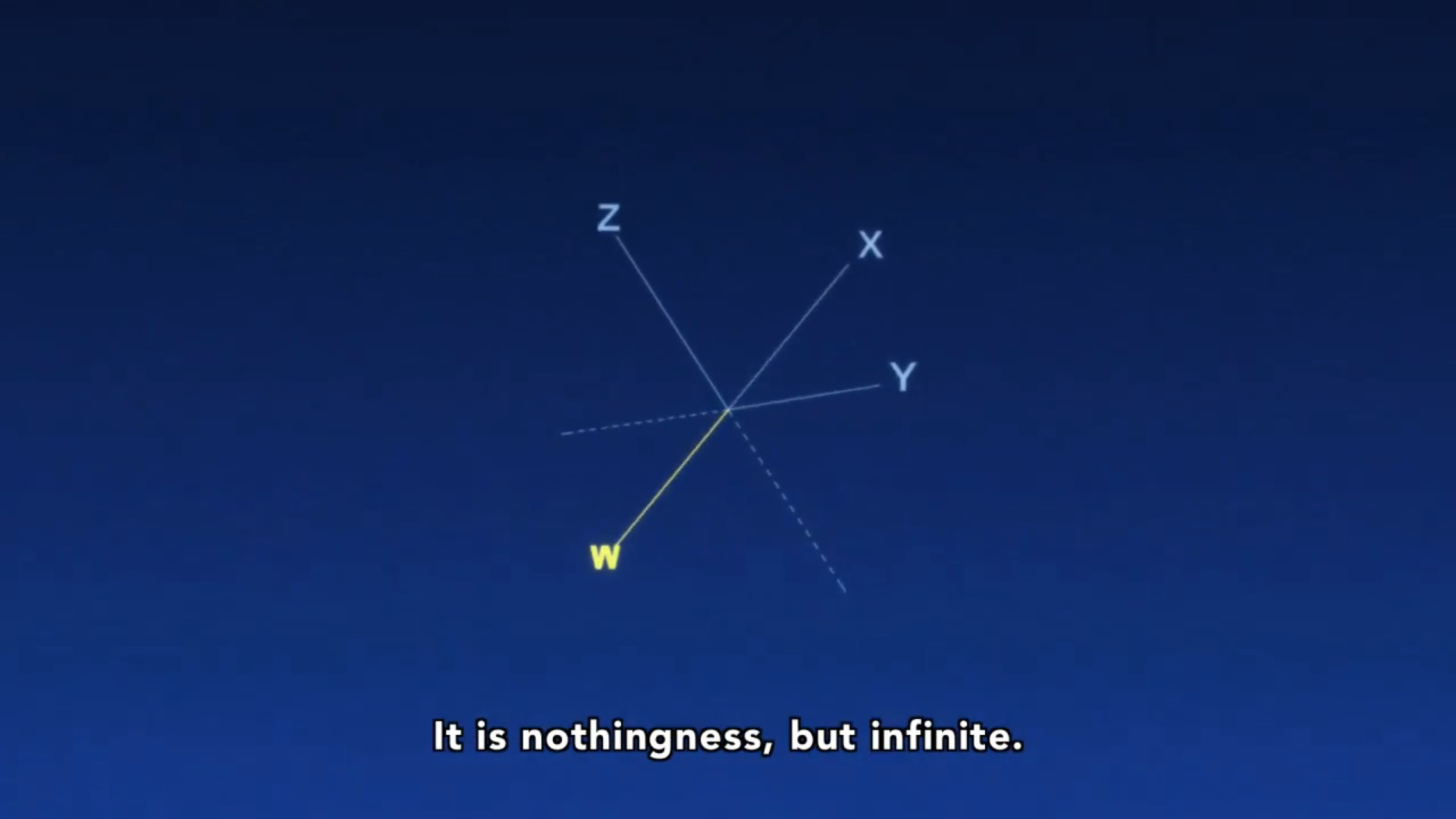 As @NendoTaka has mentioned, it's pretty hard to draw a 4d object on a 2d surface.

with a single dimension, a point is sent out infinitely, creating a line (See X)

in 2d, we add a dimension perpendicular to that (See X,Y).

Then, we go perpendicular again and expand upwards to get the third dimension(See X,Y,Z).

Because 3d > 2d, we can't represent that well on paper without folding the paper or adding more sheets on top of it - all really impractical for viewing on a screen. So, instead we use perspective - how our eyes perceive 3d. Usually the angles here are ~30 degrees.

And that looks pretty okay, because our eyes don't see in this traditional 3d sense, so mimicking that works. But, when we want to represent a 4th dimension, we don't have something to compare that to. We need to go perpendicular again and this is hard for our eyes to comprehend as we don't have much of a reference.

Here's an example depiction of a 4th dimension:

This is a more correct way to display the dimension, but it still relies on perspective - also it isn't immediately obvious that it is a new dimension on first glance.

The animators probably chose to do something simple that would be easier to animate. Although, if you rotate the above image, the X and W dimensions could overlap - and this wouldn't be obvious in the image without arrow pointers.

So yeah, they are wrong - but there's also not a simple way to represent 4 dimensions on a single sheet of paper

Not the answer you're looking for? Browse other questions tagged dimension-w or ask your own question.

5
What are the dance moves used by Mabuchi Kyōma in Dimension W's opening song (S1)?
0
Why is Elizabeth's last name “Greenhough-Smith”?