What is the button Heero pushed when he and Relena first met in the beach?

In episode 1 of Gundam Wing, after Wing Gundam was sent crashing down with a Leo on the bottom of the ocean, Relena sees Heero unconcious lying on the shore. When Heero woke up his helmet was removed and he immediately covered his face while asking Relena "Did you see my face?" as shown in this picture. 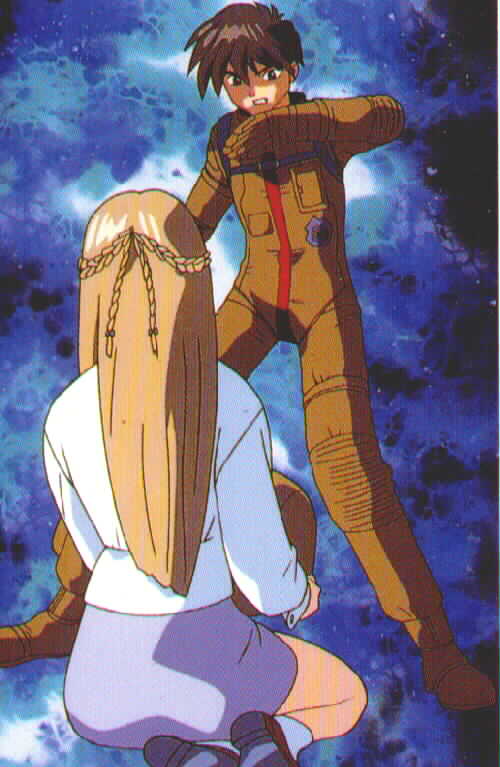 He then punched a button attached to his spacesuit and something on his chest exploded.

What actually did Heero do?

According to the wikia the suit had a built in suicide bomb but it was damaged by the salt water. I would guess that this is to prevent the pilots from being captured. This would be similar to fighter pilots during War time using cyanid pills to keep from being interrogated for delicate information.

Washing up on the beach, Heero's unconscious body was found by Relena and, in an attempt to kill himself, pounded his chest detonator triggering the flight suit's built-in suicide bomb. However, the saltwater damaged the explosive which caused only his detonator to fire, knocking Heero over.

Not the answer you're looking for? Browse other questions tagged gundam gundam-wing or ask your own question.

8
What is the intended purpose of Haro?
4
What are the characteristics and themes present in Gundam characters based on Char Aznable?
10
What is the first transforming/morphing mobile suit/robot in anime?
1
What is this jazz song in the first episode of Gundam Thunderbolt?