How did Deidara get mouths in the palms of his hands?

Deidara uses the mouths in his palms to prepare clay for his explosion release. How did he get these mouths? Was he born with them or did he acquire them some other way? 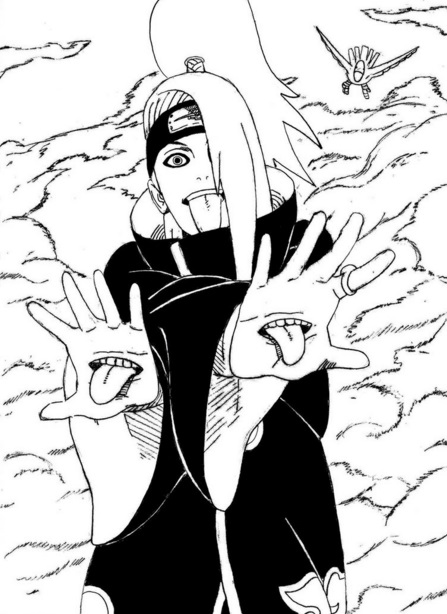 Somewhat contrary to the other two answers, it is actually unknown how Deidara got the mouths in his hands, as it is not revealed in canon.

The Wikia does mention the hands in their Iwagakure Kinjutsu article, however it's important to note that the part talking about the hands is merely speculative.

Quote from Wikia (emphasis my own):

The technique he stole from Iwagakure is talked about in the third databook: 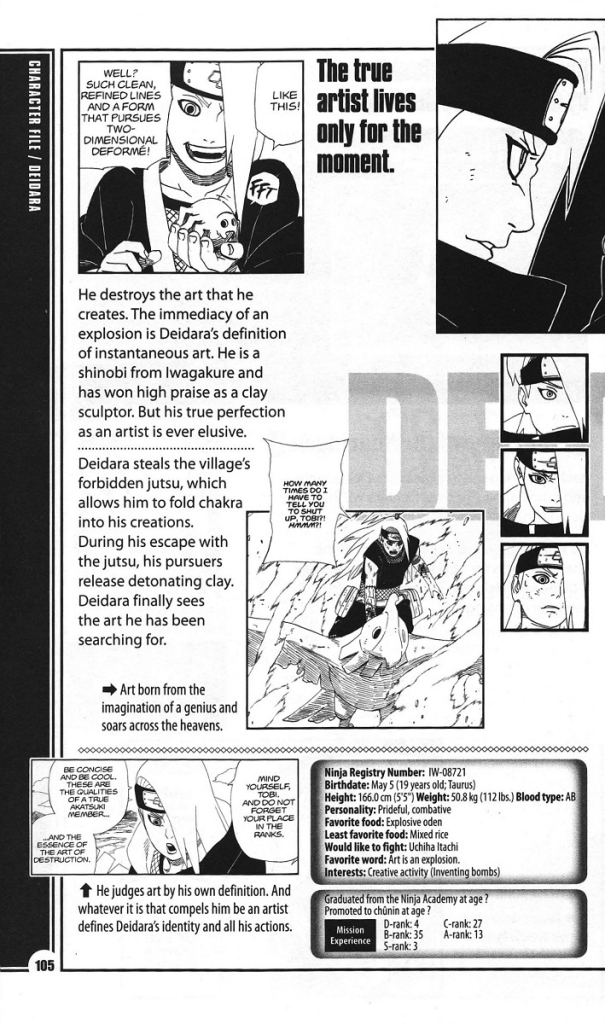 In this Data Book article, it mentions the technique that he steals from Iwagakure is the ability to fold his chakra into clay. It can be guessed at that this is where the hands come from, but it's possible that he got the hands elsewhere and can merely use that ability through those mouths.

The first thing to say is that he was not simply born with them, after he lost both arms fighting gaara and then naruto and kakashi, he had replacement arms grafted on and the donor arms also had the mouths. Naruto wikia has this to say on the subject:

Deidara also possessed special mouths in the palms of his hands and on the left side of his chest as a result of stealing and using a powerful kinjutsu from his village on himself. Deidara was forced to leave Iwagakure when he stole a kinjutsu to develop his passion for art.

3
What motivation did Hidan, Kakuzu, Deidara, Sasori have for joining the Akatsuki?
5
Why did Naruto need to summon his Shadow Clones during his fight with Pain?
4
How exactly did Madara get Hashirama's power?
7
How many tails did Naruto get during his fight with Pain?
7
How did Danzo acquire all those Sharingan in his arm?
2
Could Hidan possibly get out of his hole?
9
How does an outsider get "citizenship" in one of the Five Great Shinobi Countries?
0
Can 2 elements be combined into a new release without a "clan based Kekkai Genkai"?
1
How did Naruto get the lowest score in the genin entrance exams?