Why does One Piece antagonist disappear after being defeated?

Let me take an instance of one villain: Arlong. Arlong got defeated by Luffy, he wasn't killed. Luffy didn't stay in Kokoyashi village either. So Arlong could have returned to his usual business of enslaving the village. He would have faced ugly humiliating words from Villagers initially, but why would it matter? All you gotta do is gang-up on them. No one in the village was strong enough to stop them.

There are many other pirates who just disappeared after being defeated. It's not like they lived their life with principle or something, they were bad guys who used to loot, cheat, and kill people. Why wouldn't they continue that after being defeated?

I must admit I do agree with both of the other 2 answers, however i think there is also a simple logical approach to the issue; with each successive antagonist luffy takes on the antagonists get stronger and stronger and so do the protagonists. Some of the antagonists are important and come back into play later on and some of them had 1 purpose, to be the next stepping stone for the straw hats to overcome and once they played that role they have no more use. Also who knows, maybe Arlong rules once again and straw hat is too busy fighting warlords and emperors to even know that Arlong is back in power. Whitebeard kept his islands safe because the threat of his crew hunting down enemies and destroying them but the straw hats are too busy progressing toward One Piece to keep tabs on those they defeat. Even if Arlong is back in power as long as he doesn't chase after Luffy then Luffy and his crew wont find out for years and years as they search for One Piece.

In most of the cases, the big villains we've seen have been arrested by the Marines after they were defeated, so they would not get such an opportunity. We see most of them in the Impel Down arc, locked up.

Specifically, in the case of Arlong that you mentioned:

It is currently unknown where Arlong is being held, since we didn't see him in Impel Down, but he is being held by the Marines somewhere. 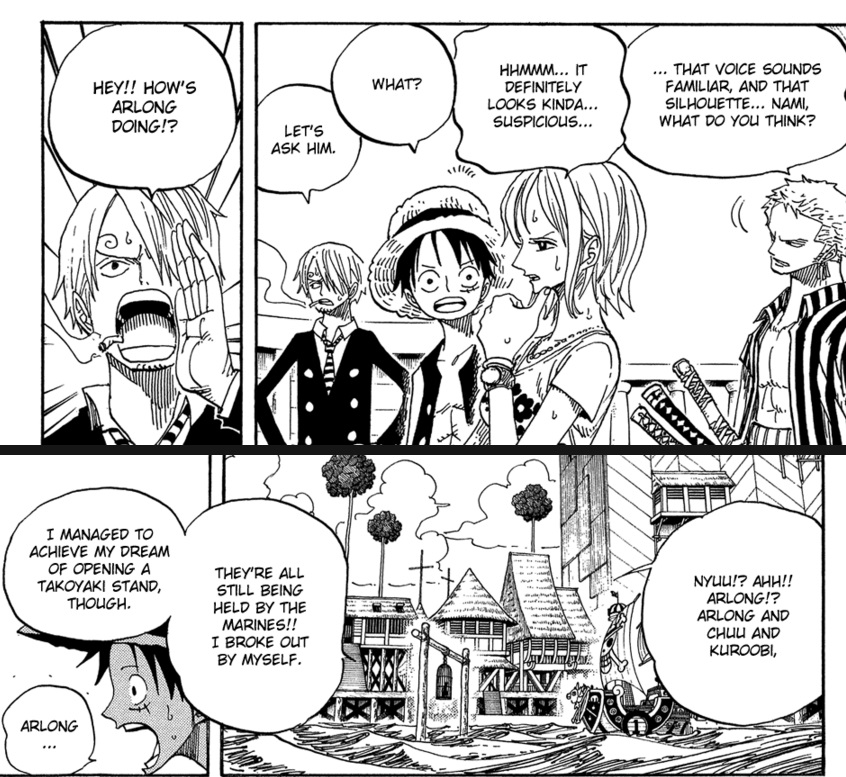 it might be because, if pirate defeat another one usually that village will be under control of the winner, for example white beard had alot of villages under his control and no body ever touch them, because other pirates knows that if any thing happened in that village, it will cause them a lot of troubles with white beard and might start a war if the to side are strong.

10
What did Enel do after being defeated?
18
In One Piece, does a Devil Fruit reappear after the user dies?
8
When does One Piece take place?
5
Is One Piece named after Gol D. Roger discovered it?
9
What are the similarities between Gol D. Roger and Monkey D. Luffy? Are they related by blood? What are their relatives' ages?
1
Why the appearance of One Piece characters have goatee after time skip?
7
Language in One Piece
0
One piece world travel