Does the Village/Academy ensure the number of graduates is always a multiple of 3?

We know that when young shinobi in traing graduate from the academy and become Genin they are places in 4 man cells, 3 Genin and a Jonin Sensei.

At the beginning Naruto inital failed the exam and wasn't going to be a Genin until Iruka graduated him. had Iruka not passed Naruto the Rookie 9 would have been the Rookie 8 and Sasuke and Sakura would be without a third person for their team.

So i am wondering, if the number of new Genin is not a multiple of 3 does a village or academy do anything to correct the numbers?

The answer is yes (there's a tldr; at the bottom if it's too long and boring for you).

Just to clarify, my answer is a mixture of evidence and speculation. And it goes more in depth. And it assumes that you are talking about Konoha (not the other villge where they kill each other to graduate). 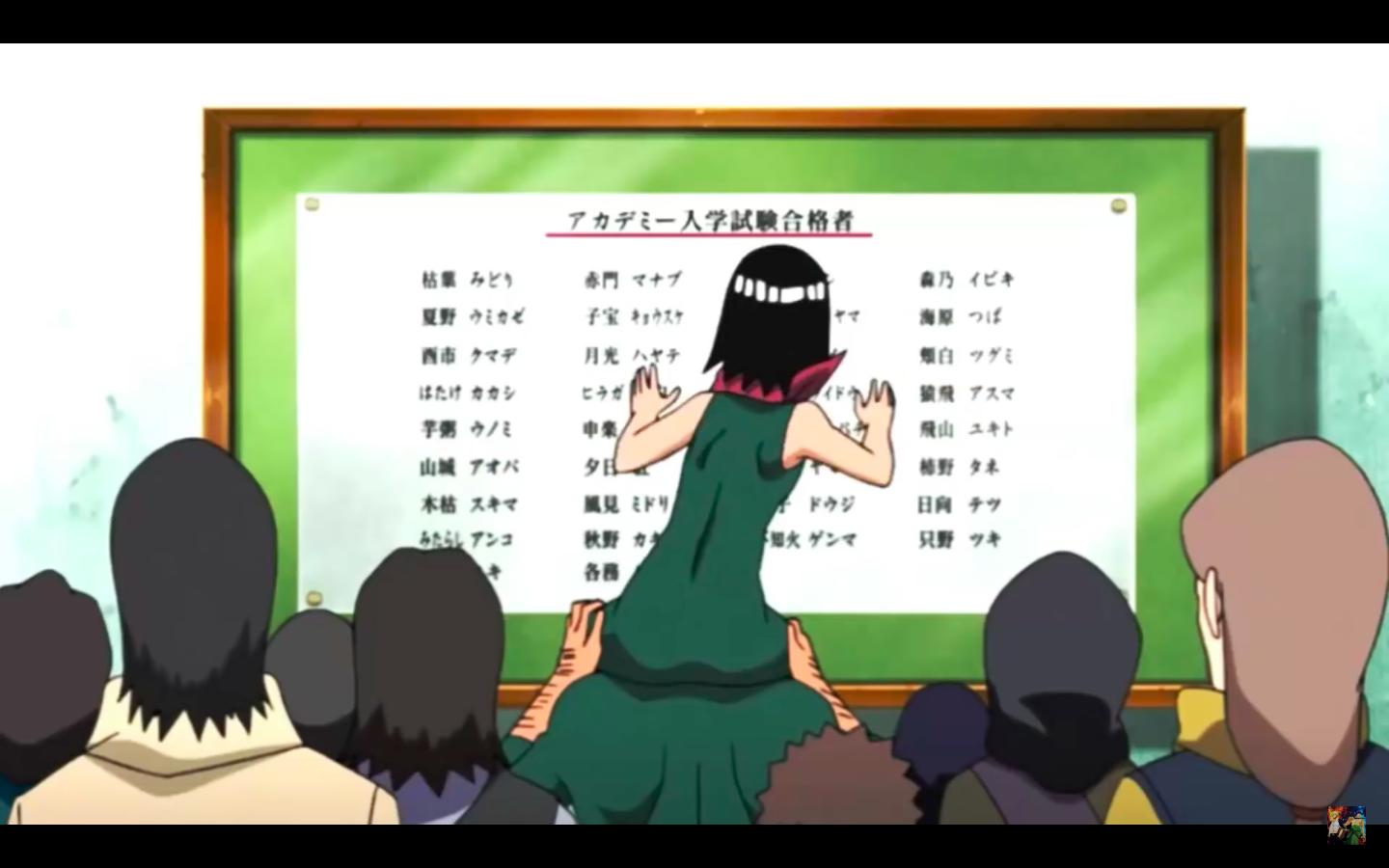 ^ In episode 419 (Papa's Springtime of Youth), it shows on the bulletin the names of the people who made it into the Ninja Academy. If you count the number of names, there's 34 of them. Not counting Might Guy, who couldn't find his name.

^ In this image, two more people are allowed to graduate, which includes Guy. This suggests, although not proves, that the Academy requires a fixed number of students in the Academy every year — in this case and time, 36.

Graduating from the Academy

From the image below, it implies, from Kakashi's words, that only 27 of the 36 students can graduate. That's a fixed 75% pass rate, meaning that no matter what happens, there will always be students who fail. And their performance in the exams is relative to each other. 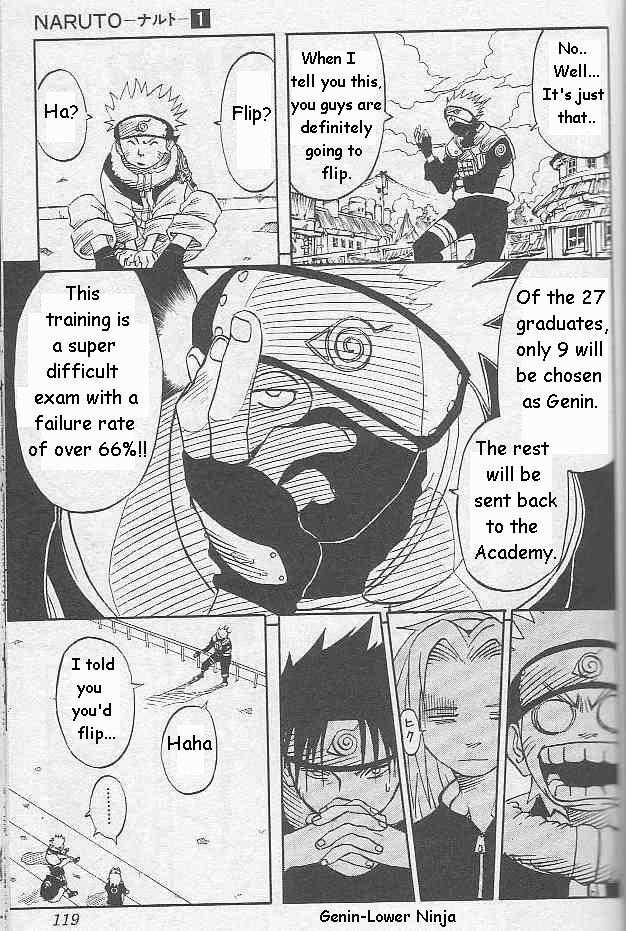 Again, from the image above, it states that only 9 of the 27 graduates can be Genin (33%). This means taht there will always be exactly 3 more new teams, each with 3 Genin, at the end of every school year.

Since only 27 people can graduate and 9 people can become Genin, there will always be 3 teams, each with 3 people. Naruto not graduating just means that another person would have filled his place (that would make for an interesting alternate story).

The use of multiples of 3 (i.e. 36 can enter, 27 can pass, 9 can become Genin) greatly hints to the fact that all of this is intentional.

Oh, and by the way, graduates who don't become Genin have to go back to the Academy. Iruka may have helped Naruto, but at the cost of another student. Talk about sympathy/favoritism/nepotism (okay, I'm being harsh).

What a long post. If you have any questions, ask. I did my research.

last question of the day. the thing is that Naruto did pass the genin test but with the lowest grades and it is stated that there were put into a 4 people group/cell to learn teamwork and co-operation, there is no actual evidence with graduating in threes but you would think they would. my guess is that they take the top N (N being a certain number and is a multiple of three) number of student after the test and they would pass and become a genin, the rest have to either redo or quit.

4
What number comes after the Godaime Hokage?
2
Is there a Jounin Exams for ninjas?
34
Why does Kakashi Hatake always wear a mask?
16
Do ninja clans have to keep relations only within the clan to ensure the inheritance of abilities?
7
Is it possible for a genin to become a jonin?
11
Did Itachi Uchiha want to be Hokage when he was young?
6
At the end, did Naruto skip Chunnin and Jounin rank before becoming Hokage?
6
Since Naruto failed the Genin exam so many times, doesn't that mean he's older than Sasuke and Sakura?
5
Why did the Leaf Village invite the Village Hidden by Sound for the Chunin exams?