Did all the townsfolk know that Yuki is a wolf?

In the movie Wolf Children, Yuki is one of the two wolf children who's very temperamental and kind of a tomboy. When they move out to the rural village Hana, the mother, makes her kids promise not to change into a wolf in front of other people. But shortly after there is a scene when there were guests from the village over and Yuki keeps changing between a little girl and a dog in front of the guests: 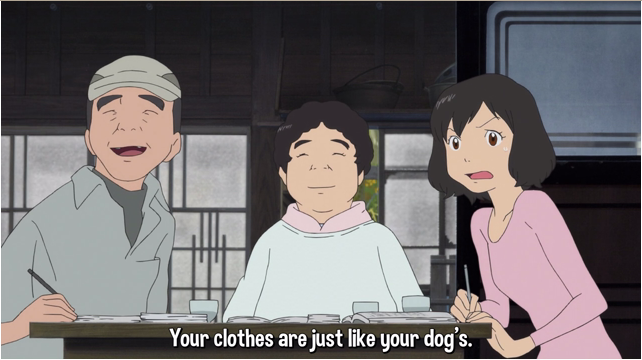 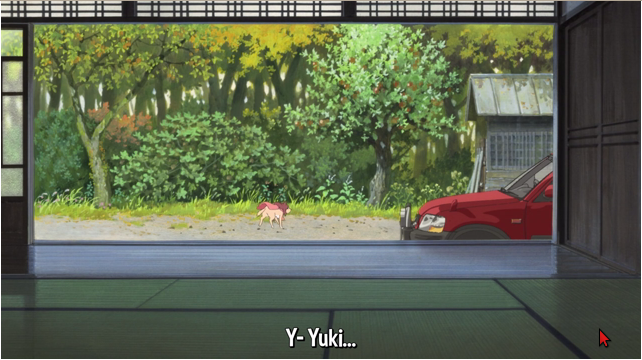 Souhei from school was able to figure it out. Saying that she smelled of an animal.

Furthermore, if you imagine normal people, thinking that someone can transform into a wolf is not the first idea you will get. So even if you see a dog with some cloth just after seeing a little girl with similar clothes, you are not going to think "hey, the girl transformed into a dog/wolf !" or if you think/say it, it's only to make a joke, because you cannot imagine it to be true.

The goal of this scene is to give the spectator this feeling of "it was so close, the townsfolk nearly discovered the truth" which makes it a funny scene. Also, it explains that being the mother of such children is no easy, because there are probably many times when someone was nearly about to discover the truth.

Not the answer you're looking for? Browse other questions tagged wolf-children or ask your own question.