Why is Dorami afraid of cockroaches?

Doraemon is afraid of mice, because of the trauma robomice caused by eating his ears, but why is Dorami so afraid of cockroaches? 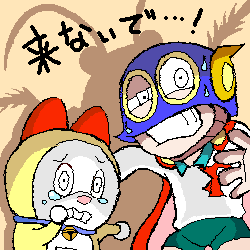 According to various sources, Dorami's dislike of roaches is more along the lines of ordinary people's disgust of the insect species, mostly due to their nature. The original manga never established canon for this and her dislike was retconned into the anime and Doraemon Encyclopedia (ドラえもん百科) after the manga had already been published.

The first appearance of her actually exclaiming her dislike seems to be in the Dorami MiniDora SOS!!! (ドラミちゃん ミニドラSOS!!!) short, which premiered with the Doraemon: Nobita and the Birth of Japan (ドラえもん: のび太の日本誕生) movie in Japan back in March of 1989.

The first appearance of Dorami reacting to a cockroach is in vol. 9, chapter 9 of the original manga, "Urashima Candy." Dorami never states that she hates roaches and only reacts to being surprised by them. 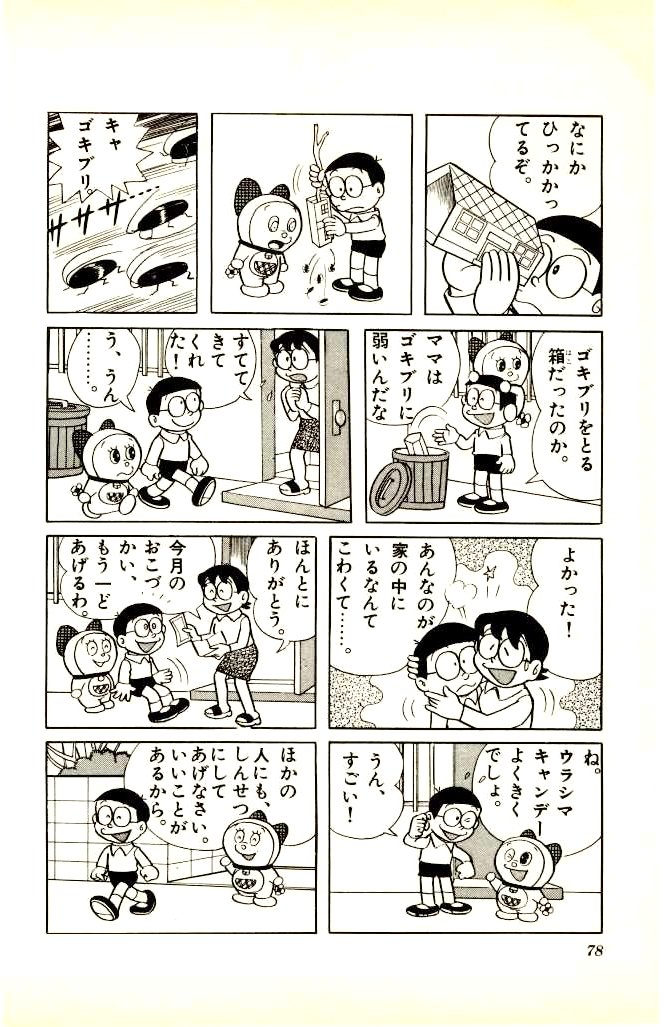 9
What exactly is a “Nobita face”?
3
Is Doraemon supposed to end in volume 6?
2
Which Doraemon episode was about a tree-seed thingy which became a girl?
6
How could Doraemon make money?
0
Why didn't Nozawa Masako continue voicing Doraemon?