In the Brotherhood continuity, do the Elric brothers know that their father has died?

After Ed got Al's body back, their father Van Hohenheim is shown at Trisha's grave, where Pinako later finds him dead. Did the boys find out that he had died or did they not even know what happened?

There is additional evidence at the end of the manga, where there is a compilation of post-manga photographs at the end. In one of them, we see Hohenheim's grave next to Trisha's. There is a similar photo at the end of Brotherhood. (Click link for anime screenshot. I am not cropping the images, since it should be easier to get a sense of where they are from this way.) 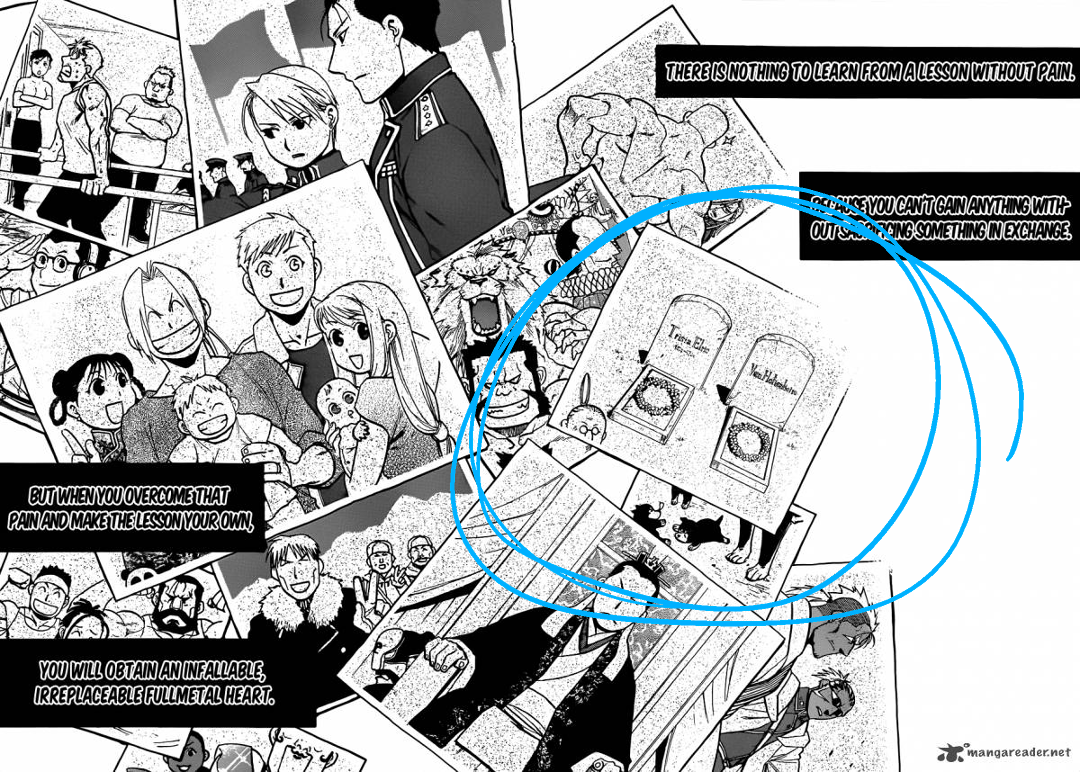 With this, we can infer that the brothers probably know of Hohenheim's death. That a marked grave was constructed for Hohenheim, who died shortly after Promised Day (and thus, before the brothers leave Resembool two years later), and placed at a meaningful position suggests that there must have been some level of ceremony put into his burial. Being Hohenheim's sons, the brothers then might well have been given the chance to be involved with the burial, and they would probably know of the death that way.

Moreover, even if Pinako quietly buried Hohenheim, it seems unlikely that she have buried him alone, without help from anyone, so word would probably eventually get out that he was dead. Additionally, the brothers probably periodically visit graves in the area — for instance, Edward decides to visit the Rockbells' graves at the end of ch. 41, after hearing about their work in Ishval — so they would be "forced" to know once they visited their mother's grave at some point.