Is there a re-encounter with the sea monster that ate Shanks's arm?

Just of out curiosity, do we ever get to see the same sea monster that ate Shanks's arm way back in the beginning of One Piece?

I have only kept up with the series until Impel Down, so please no spoilers beyond a "yes/no they did/did not re-encounter the sea monster"

Yes, Luffy did. It isn't shown in the anime, but Luffy reencounters this Sea King, the Lord of the Coast, later in chapter one of the manga. Immediately after setting out from Foosha village Luffy is attacked by the Sea King, and is pleased to have a chance to show it what he has learned in the ten years since their last encounter. 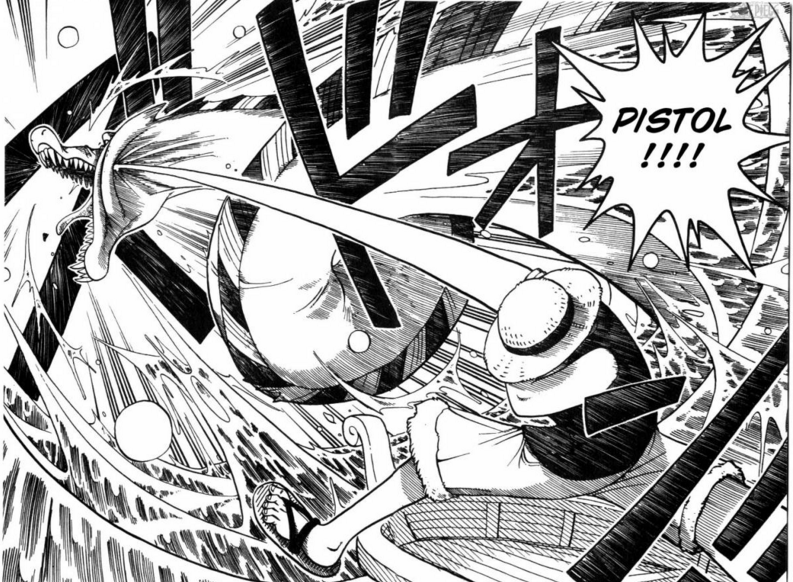 As Qiri stated, Luffy does encounter the Lord of the Coast again. This part actually is animated during a flash back. You're not there yet if you're only at the impel down arc.

This happens at the end of the episode 504 at around 20:40 when he is first setting off on his journey. 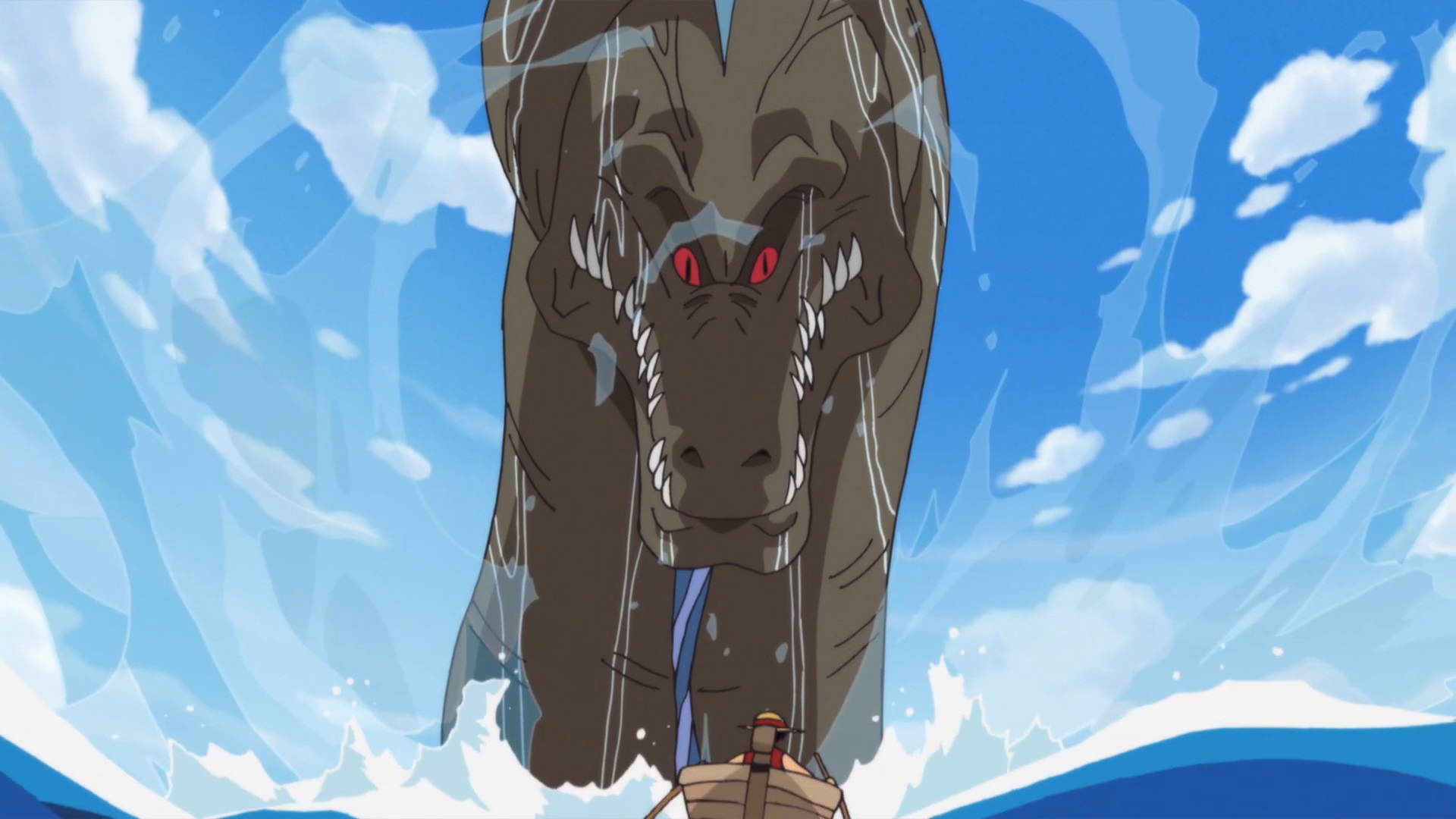 When he encounters it he says:

Luffy: You don't know who you are messing with. Look at this technique I've been perfecting for 10 years!

He then hits him with his Gomu Gomu no Pistol just like he does in the manga chapter.

The One Piece Wikia notes that while this scene of Luffy knocking the wasn't depicted in the original backstory segment of the anime, you can see Luffy hitting the Lord of the Coast with his Gomu Gomu no Pistol in the very first episode of the anime, during the original opening song, We Are. 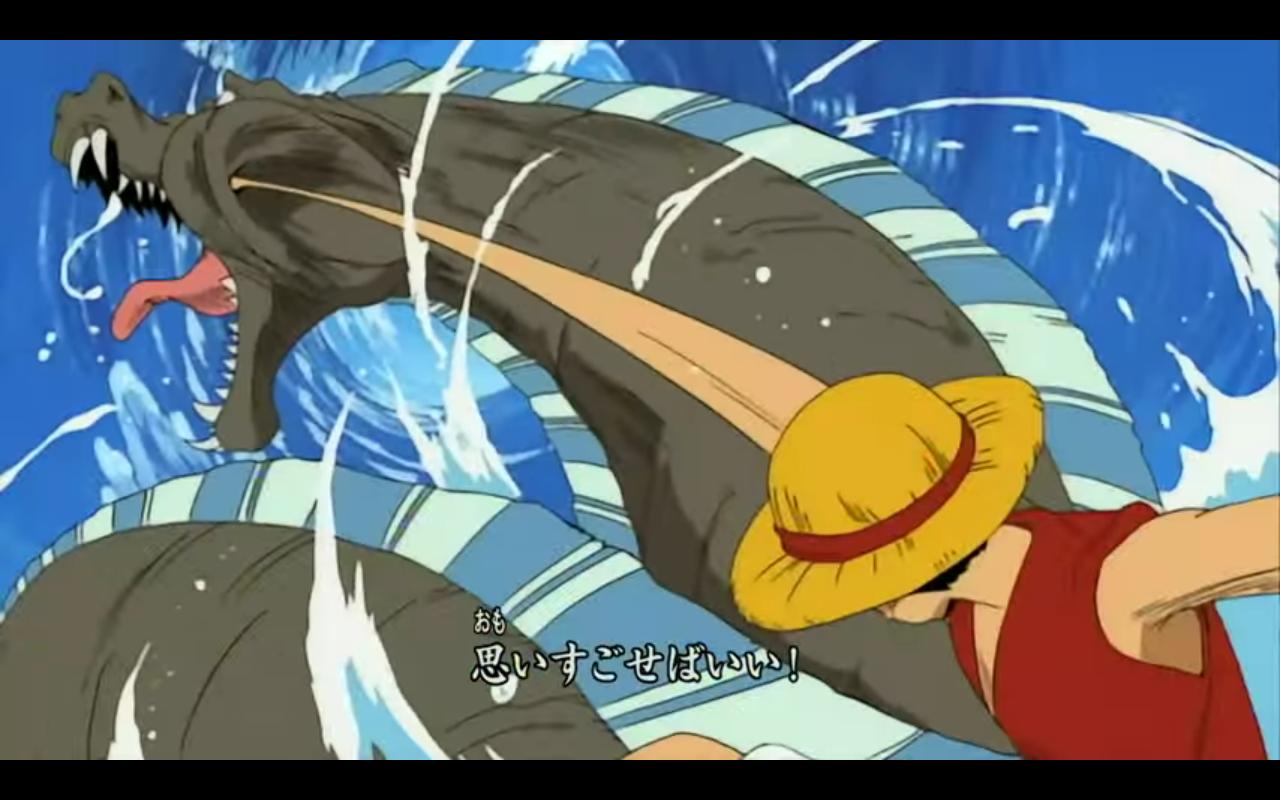 You can see a YouTube video of the first opening here:

4
Why was the Lord of the Coast allowed to live?

13
Why is Kairoseki's effect more powerful than the sea?
18
In the male quarters, how exactly does the male crew of the Thousand Sunny sleep?
3
Has someone ate the gum-gum fruit before Luffy?
1
Was the Flare-Flare Fruit that Sabo ate real? Or was it a fake made by Caesar?
9
What would happen if Devil Fruit that Chopper ate were eaten by a human being?
0
Who were the previous "Emperors of the Sea"
0
How does Machvise even hit anyone?
5
Why are there two different versions of how Luffy ate the Gum-Gum fruit?
2
Up to what Episode/Chapter of One Piece should i see before playing each of Bandai Namco's PC Games?