What is the meaning behind Ginji's vow to Yukio?

In final arc of the second season of Black Lagoon, in Episode 20 "The Succession", when Ginji swears his loyalty to Yukio, heir to the Washimine group, he says, "although I'm unworthy, I am Matsuzaki Ginji, acting boss of Washimine group. Please allow me to protect you with all seven of my incarnations."

What does he mean by "all seven of my incarnations?" Is it a religious reference or something else?

Where does this phrase originate from? 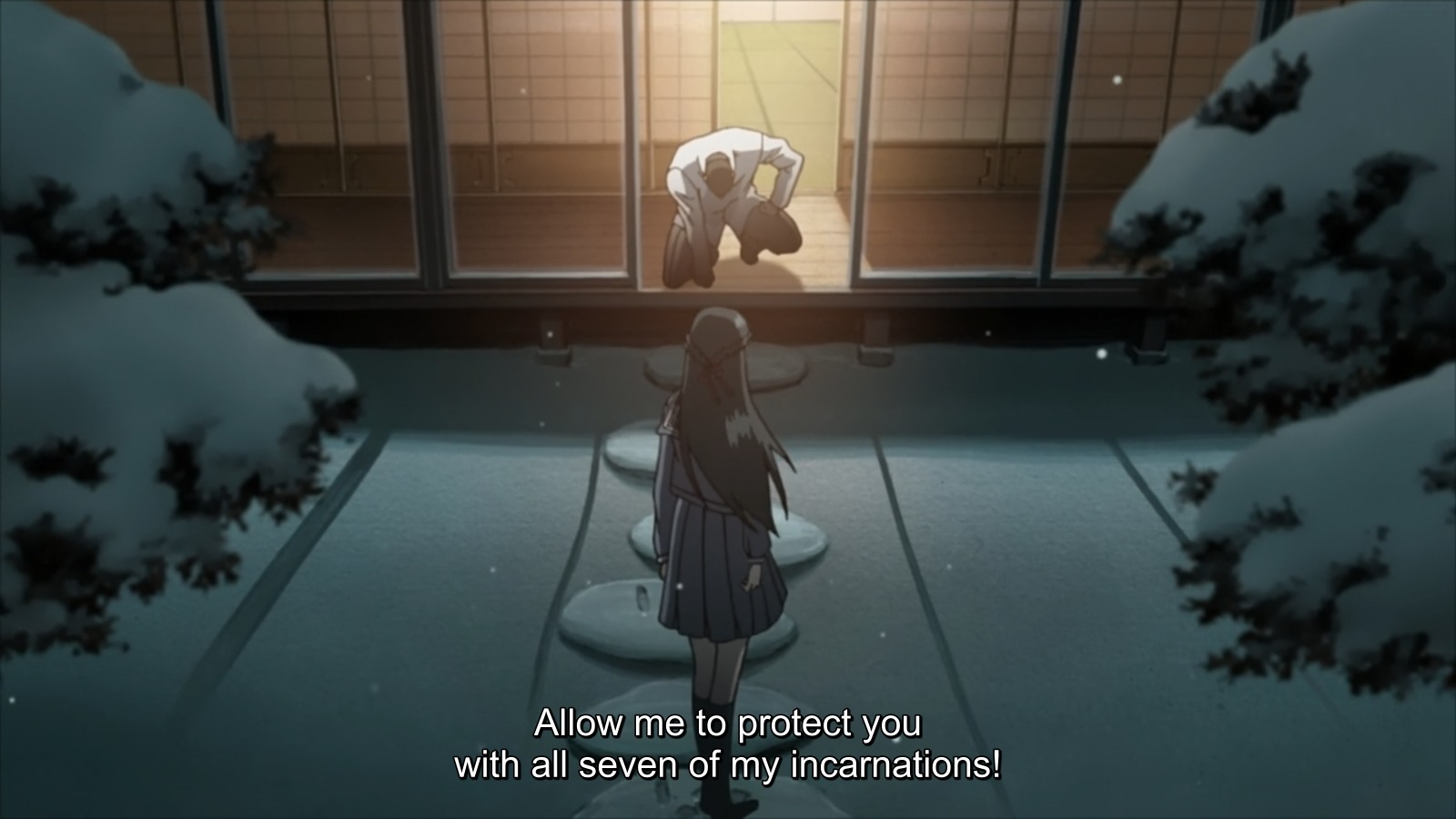 There are a few distinct mentions of cases of the Seven Incarnations, which are each plausible in their own rite.

Incarnations of Immortality
The Incarnations of Immortality is a series in which seven books each focus on a single incarnation, a mortal which becomes the personification of Death, Time, Fate, War, Nature, Evil, or Good. Most people feel the effects caused by one or more of these incarnations. So, Black Lagoon may be referring to how Ginji is affected or composed of each of these seven things; he could be more or less saying, "Please allow me to protect you with my entire being."

Vishnu's incarnations
The second possibility is a reference to Vishnu Purana, a religious Hindu text. According to legend, Vishnu created incarnations of himself to eradicate evil and balance the world. Vishnu Purana states that there are seven such incarnations1:

Vishnu Purana says that there were seven incarnations of Vishnu including Yajna, Ajit, Satya, Hari, Manas, Vaikuntha, and Vamana.

These incarnations allow him to become Supreme God2. Thus, Ginji may be stating that he will use any power (the incarnations) available to him to protect Yukio.

However, based on how Ginji phrases this in the manga, these two possibilities seem unlikely. 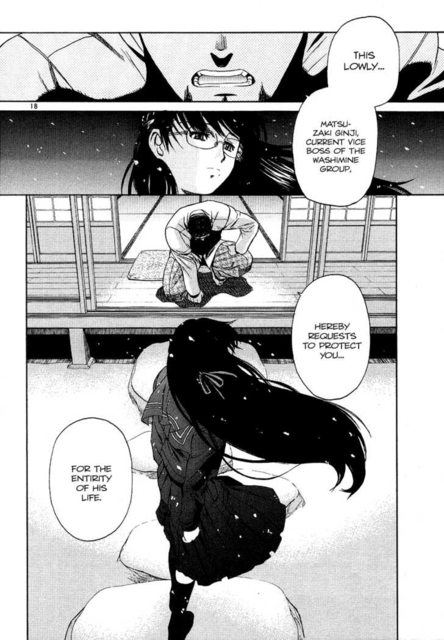 One of Buddhism's more significant points is their concept of reincarnation, or rebirth. In Buddhism, as you are born and reborn, you fulfill a cycle known as the "Cycle of Life". However, you must be born seven times (in any form) to achieve moksha, a liberation from this cycle (which eventually leads to the ultimate peace: nirvana).

Calm and unmoved the Pilgrim glideth up the stream that to Nirvâna leads. He knoweth that the more his feet will bleed, the whiter will himself be washed. He knoweth well that after seven short and fleeting births Nirvâna will be his....

As you can can conclude, this cycle involves going through seven incarnations, each of the births that you endure, before achieving nirvana. In some forms of Buddhism, these components are believed to be partial aggregates of your consciousness, thus could be considered a large portion of your "whole" being.

What makes this the most plausible explanation is that Ginji is a member of the Yakuza. Many Yakuza are focused around the ways of the samurai and their teachings. In Japanese history, samurai were largely centered around Zen, a form of Buddhism3.

Putting this Zen relationship in context with the manga, which states that Ginji will "protect [her] for the entirety of his life", we can conclude that Ginji intends to spend all seven of his rebirths protecting Yukio.

Black Lagoon is set in Thailand, where the primary religion is Buddhism. About 95% of the people in Thailand are Buddhist. Incarnation is a primary tenant of Buddhism, so that is likely where the incarnation part came from.

The seven part is a little bit more vague. Assuming it is a reference to Buddhism, the most likely idea is is follows:

A Sotāpanna will be safe from falling into the states of misery (they will not be born as an animal, ghost, or hell being). Their lust, hatred and delusion will not be strong enough to cause rebirth in the lower realms. A Sotāpanna will have to be reborn at most only seven more times in the human or heavenly worlds before attaining nibbana. It is not necessary for a Sotāpanna to be reborn seven more times before attaining nibbana, as an ardent practitioner may progress to the higher stages in the same life in which he/she reaches the Sotāpanna level by making an aspiration and persistent effort to reach the final goal of nibbāna.

Likely, it is either referencing the aforementioned Buddhist idea (or another Buddhist idea) or is not based on a religious idea.

As Killua correctly pointed out, the phrase "with all seven of my incarnations" refers to Buddhism concept of rebirth. In original Japanese, the phrase is「七生を以て」(shichi-syou wo motte), and "を以て(wo motte)" roughly translates as "with" and "七生(shichi-syou)" consists of "七(shichi)" = "seven" and "生(syou)" = "life". "Shichi-syou" means "to rebirth seven times", though, as an idiomatic phrase, it means no more than "eternity" because "to rebirth seven times" takes a very long time. So it's safe to say that "七生を以て (with all seven of my incarnations)" is a bit old-fashioned, thus impressive and grave way of saying "forever". This choice of words is very appropriate for Ginji because he is a member of a Yakuza clan, which in general likes to retain traditional ways of life and the members are likely to use old-fashioned wording, especially in important moments.

The first post is six years ago, so nobody would probably notice this post of mine, but as a Japanese, I find this question very interesting and feel obliged to offer some information. I hope it will be of some help.