What's "an OB" in the Karate Shoukoushi Kohinata Minoru manga?

I have started reading Karate Shoukoushi Kohinata Minoru manga, and there is this title "OB" for some kind of teacher or guardian, like I supposed to understand what it means. 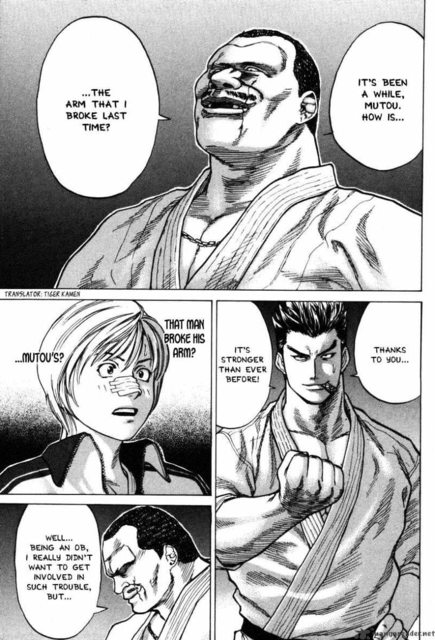 Well... being an OB, I really didn't want to get involved in such trouble, but...

According to the Oct. 1965 issue of Black Belt magazine:

Beginning of (the Second Sino-Japanese War) in 1940, about 30% of Japanese colleges and universities had campus karate clubs allied with one or another of four principal schools of karate, referred to as "ryu." In addition to the club on campus, each of these universities had what is referred to as an "O.B." karate club. "O.B." here stood for "Old Boys" and was made up by the particular school's alumni.

These OB clubs typically served as advisors for the student clubs. So "OB" here most likely refers to alumni, a graduate or elder disciple and liaison of sorts of that particular school, some of whom might later become instructors.

It would make sense, judging by the notches on Tachiyama's belt that he's a senior amongst the Judo club.

Here are the original pages for reference: 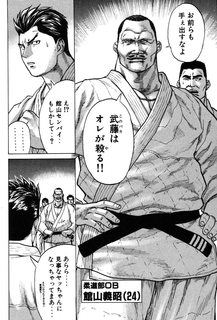 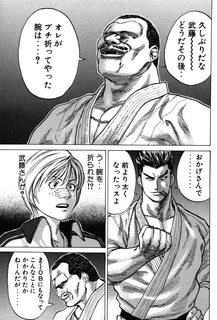 Not the answer you're looking for? Browse other questions tagged japanese-language karate-shoukoushi or ask your own question.

18
What is the proper pluralization of "anime" and "manga"?
13
What's significant about a full moon on the fifteenth?
1
What's up with the name "Zerozaki Hitoshiki"?
6
What's the meaning of the title "B Gata H Kei"?
3
What's written behind the makeshift club sign?
4
What's up with Mioko's speech pattern?
13
What's a himouto?
5
What's on the sign behind the guy with all the weapons in episode 8?
0
What's the right english translation of the name of Hit's new technique in the manga?
1
What is written on Kohinata's belt after Nanaka makes the changes?