Why did the Elric brothers burn down their house?

Why did the Elric brothers set their house on fire? I mean they could have preserved their house for future use but they didn't. So why did they do this? Is there any main reason behind this which is mentioned in the FMA anime/manga?

They set fire to their house in chapter 24 of the manga:

As you can see, after they set fire to their house Ed says, "There is no turning back."

This is also stated in episode 11 of Brotherhood, which is when they set fire to their house in the anime, there is a similar statement:

Edward: There is no turning back for us now, huh?

Edward reiterates this in Chapter 42: 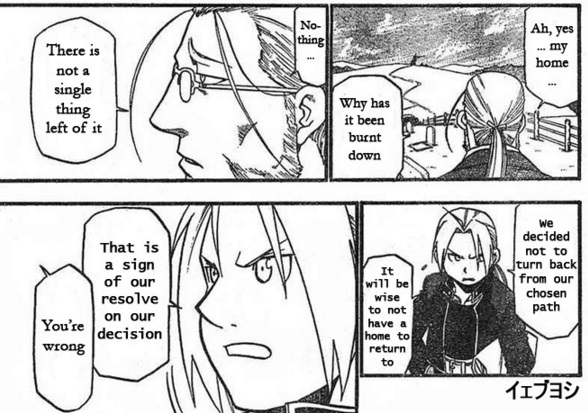 Hohenheim tries to convince Ed that he is lying, and that in reality they did it to run away from the mistakes of their past.

Hohenheim: Is it for the sake of running away from the horrible images in one's mind brought on by it? Is it to erase the evidence of what oneself had done? . . . It is just like a kid who wet his bed at night and hid his sheets. You are running away.

So, Hohenheim's interpretation may be the correct one, but Edward does not admit that he was running away to Hohenheim.