What's up with Mioko's speech pattern?

Mioko (voiced by Kana Hanazawa) uses some kind of unusual speech pattern which the subtitles translate into vaguely US Southern dialectal English: 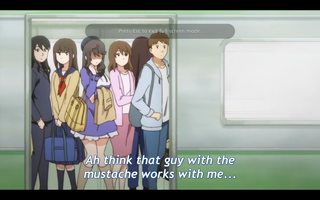 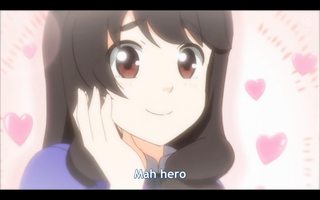 Specifically, I can hear her using ora to refer to herself and ending her sentences with de gasu instead of desu. Wikipedia says ora is an informal pronoun with rural connotations, and this Google Books result says de gasu is a contraction of de gozarimasu, a very polite form of de aru.

You can hear it for yourself in Episode 7 starting around 24 seconds in.

Is Mioko's accent a specific regional accent, or is it just one of those made up bizarre speech patterns that anime specializes in?

The dreaded TV Tropes has some pretty good notes on Japanese dialects. The use of ora instead of ore and being used by women in particular is an element of the Tohoku dialect. It also compares the dialect to US English 'hillbilly' accents, which matches with the subtitling.

It does not list the use of de gasu in place of desu, but the notes are hardly comprehensive. Or it could be a personal thing for Mio5.

Not the answer you're looking for? Browse other questions tagged japanese-language ojisan-and-marshmallow .

13
What's significant about a full moon on the fifteenth?
3
What do vertical dots in a speech bubble mean?
1
What's up with the name "Zerozaki Hitoshiki"?
3
What's written behind the makeshift club sign?
13
What's a himouto?
5
What's on the sign behind the guy with all the weapons in episode 8?
8
At the start of 6th Spice and Wolf light novel, what's up with the discrepancy between “like” and “love”?
1
What's with the claim that Anna pulled a knife on Nobuko?
3
What's wrong with Kagura's pronunciation of "ka-wa-wi-i"?